The General Assembly had already conducted its last business meeting of the 2021 session. Five main worship sessions had already taken place, featuring five impassioned speakers. Multiple electives, luncheons, and receptions had come and gone, as well, but there was one more gathering. Tuesday morning at Convention 2021 in Denver, Colorado, was a worship service of contemplation and celebration for those gathered in the Brotherhood Mutual Ballroom at the Sheraton Denver Downtown, and for all those tuning in live via the internet.

Some couldn’t make the morning service due to departing flights, but those who were there know how refreshingly special the Tuesday AM session was. Two contrasting but complementary feelings characterize the experience; while there was plenty of serious stuff to contemplate following all that had transpired over the previous few days in Denver, joyful congregational singing, combined with forward-looking preaching, and a few surprises, made hearts glad.

The Church of God has a rich heritage of singing praises to the Lord, and the worship team for Convention 2021 was certainly a reflection of that. James Hume and the Highland Park Community Church (Casper, Wyoming) team, joining forces with Michael Romero of New Beginnings Church of God (Albuquerque, New Mexico), led us time and time again into the throne room of our Most High God. But the singing was especially congregational in nature on Tuesday morning, as heritage classics, “What a Mighty God We Serve” and “A Child of God” got worshipers on their feet and lifting harmonies at the top of their lungs. Fast-forward to the end of the service and a most unique and powerful closing of the Convention included the voices of the Highland Park team in a beautiful, a cappella arrangement (John Rutter, composer) of “The Lord Bless You and Keep You.” Listeners stood in stunned silence at the beauty and majesty of the song, which reflected vividly the beauty and majesty of God. 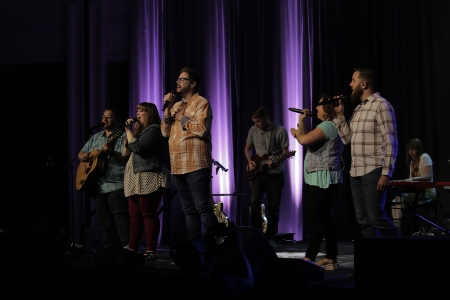 The new (and eighth) president of Warner Pacific University, Brian Johnson, took to the podium to offer the grand finale message of Convention 2021. Though his disclaimer of not being a pastor by vocation suggested his discourse might feel out of place for such an event, the excellent teaching and dynamic preaching that followed proved otherwise. Referring to multiple stories and scriptures in both the Old and New Testaments, Dr. Brian L. Johnson utilized at least six key terms with alliterations—many pastors only get to three or four! (Christ, Calling, Courage, Character, Credentials, Competence.)

Stemming from Dr. Johnson’s experience in academia as a Christian, the all-too-common notion that scholarly pursuits are unnecessary if divine calling is present was thoroughly repudiated. Anointing is necessary, but Brian Johnson insisted that competence and mastery matters, as well. Noting that you don’t take your pet to a veterinarian who simply feels the calling but never got the degree, he emphasized that Christian higher education still has an important role in our society today—whether or not one’s vocational calling is that of a pastor. After all, “All priests were Levites, but not all Levites were priests,” he noted.

Several surprises added interest to the morning and, though each one elicited a different response from the congregation and those on the platform, they all surely cemented in the minds of Convention attendees the substance of what the Spirit was communicating. In fact, it was during the post-sermon question-and-answer time with Jim Lyon and Brian Johnson that a fire alarm—complete with numerous flashing lights throughout the auditorium and hotel—created only momentary confusion (it was, in fact, a false alarm).

More incredibly, everyone was reminded about the amazing things God can do at the intersection of faith and culture. Prior to the morning gathering, the staff of the Sheraton Denver Downtown informed Jim Lyon and Church of God Ministries the Church of God had been the best group they had ever hosted; they indicated they would jump at the chance to host us again. What a witness! But it doesn’t stop there.

Later in the service, Jim reported that a staff member of the hotel had inquired when and where the next gathering of the Church of God would be—that staff member expressed interested in joining us there!

Locations of upcoming Church of God Conventions have yet to be determined. Stay tuned! 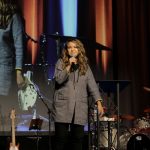 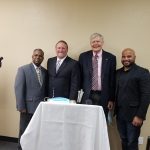