Rachel was like any other newborn—cute, cuddly, curious. The daughter of Church of God music minister Marshall Lawrence and communication professor Terry appeared to be a perfectly healthy baby, even receiving an all-clear from her pediatrician. But there was one thing that set her apart, one thing that ultimately proved not a disability but a special ability. At fifteen months of age, Rachel was diagnosed as deaf, turning her parents’ world upside down and charting a course the family would never have expected to take. The emotionally gripping, thoroughly fascinating, and powerfully inspirational story of the Lawrence family’s journey with Rachel premiered late last year in Indianapolis as a ninety-minute documentary. Don Boggs, former Anderson University faculty member and producer of the early Gaither Homecoming videos, offers a close look at the making of his film.

Though the filming and editing were a recent event, In a Silent World (watch the film’s trailer above) was really decades in the making. Don had been serving as the youth director of the Church of God in Barberton, Ohio, under Vern Maddox, while Marshall was living in Anderson, Indiana. At the International Youth Convention (IYC1976) in Cincinnati, Ohio, Don and Marshall first crossed paths. As a songwriter, Marshall had composed the theme song for IYC, among other contributions to Christian music. Later the two would run into each other in Anderson, but ultimately years passed, and Don began working in Anderson while the Lawrences served in Elkhart, 150 miles to the north. The day Marshall walked into the film studio at AU, Don hadn’t yet heard that the Lawrences had a deaf daughter. 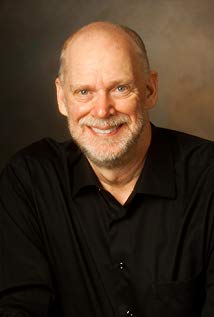 Marshall’s visit was unexpected, but by all accounts, providential. He’d been looking for faith-based video resources for deaf children and was searching for any insight and ideas he could find. When he walked into the studio, Don was actively editing video with Deaf Opportunity Outreach (DOOR) and Deaf Missions on a music video with deaf adults. The two Christian organizations were not only hoping to create resources for deaf children, but they were also in need of original music. Doors began to open for Marshall and his family and, in 1996, he would found Silent Blessings, a parachurch ministry devoted to “bring people, both deaf and hearing, into a profound encounter with the reconciling love of God through Jesus Christ.” Dr. Wonder’s Workshop, a popular television series for children, is a product of Silent Blessings.

After retiring from Anderson University, Don Boggs kept at his craft. Under the name Thaumastos Films, he’s determined to move viewers of film to their “deepest emotions.” On his website, he asks the provocative question, “What happens after the film fades to black?” Therefore, he seeks to tell stories visually that can change people’s lives. In considering the story of the Lawrence family, he says, “Sometimes I’ll come across a good story, but it’s hard to find one that rises to the level of a sixty- to ninety-minute documentary. You’ll see stories on the Today Show, for instance, that are ‘shorts,’ but this is a lifelong story, one that I would describe as yearning to be told. In some sense, I was too close to the story to recognize it as one that would make a good documentary. But at some point, that ‘still, small voice’ kept crying out. Of course, the story was still, and is still, developing, but it was a good point in time to tell it.” 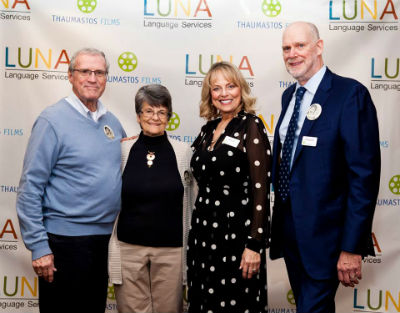 Bob & Jan Edwards, formerly of Global Strategy (Missions), were two of many influential guests and supporters of the premiere. (George Abiad)

Production of the film was entirely self-funded but made possible by significant support from relatives and friends of the Lawrences, including much of the Park Place Church of God (Anderson, Indiana) family. In October, 400 guests showed up for the world premiere of In a Silent World, and it was nothing short of “magical.” The reaction of the crowd—complete with gasps, laughter, and tears—affirmed a job well done in Don’s mind. High-profile critics agree.

David Paul Kirkpatrick, former president of Paramount Pictures and former production president of Walt Disney Studios, called it “utterly enthralling and poignant.” Gloria and Bill Gaither, beloved songwriters in the Church of God and beyond, described the film as “helping all of us who live in a hearing world, too often oblivious to the needs of the deaf, to hear the silence and to speak with a deep, new respect for the gift of language.”

In a Silent World chronicles the joys and heartaches of raising a deaf child in a hearing world, all the while bringing her up to know and love the Lord. Gut-wrenching experiences, like Marshall and Terry having to leave their daughter during the week at a residential school for the Deaf [capitalized when referring to the Deaf community], are offset by moments that leave the viewer beaming, like the romance that ultimately developed between a young-adult Rachel and her soon-to-be husband—also deaf. “Our storytelling reflects the world we live in and the challenges we face,” Don explains. “When it boils down, love and fear are really the only two themes. We live in a world caught between the two. Here’s a couple who love this little girl and are faced with a decision of giving her up the most precious possession to someone they don’t know to something they don’t understand. In a Silent World captures the tension between the two.”

Don Boggs was Bill Gaither’s contact when the first Homecoming video was filmed. He was responsible for the 1994 Joy in the Lord video, already considered a Church of God classic. Among numerous other faith-based films like CWC’s Go Preach My Gospel, he also produced a documentary about April 4, 1968, the day that Dr. Martin Luther King Jr. was assassinated and the extemporaneous speech that presidential candidate Robert F. Kennedy gave in Indianapolis, bringing a sense of peace to the community.