It has often been said that 11 o’clock on Sundays is the most segregated hour of the week. There are many churches that are predominantly Black and others that are nearly all-White congregations, with little crossover. Rev. Steve Terry has been working for many years to change that at New Life Church of God, his church near downtown Fort Wayne, Indiana. And now, technology and a partnership with another church have given his goal a shot in the arm.

The small church on McKee Street began as Ebenezer Baptist in the 1920s, and over its many decades it planted twelve other churches in the growing northeast Indiana community. One of those church plants was in a working-class city east of Fort Wayne. That church plant, New Haven Baptist, has since become Grace Gathering, which is non-denominational, and now in the church-planting role.

Several years ago, Grace Gathering launched a second location by arranging for services in the North YMCA facility in a growing area of Fort Wayne. And, in late 2019—with Pastor Steve and First Lady Stephanie Terry at the helm—Grace added a third location, in the graceful older New Life building on McKee Street in central Fort Wayne, once the site of Ebenezer Baptist.

The 11:15 AM New Life Church of God worship service each Sunday now follows a 9:30 AM service of Grace Gathering, which occurs at the same time as Grace’s gatherings in New Haven and north Fort Wayne. Pastor Steve Terry is in the pulpit most weeks for the New Life service, and he handles the preaching about once a month for all three Grace gatherings. 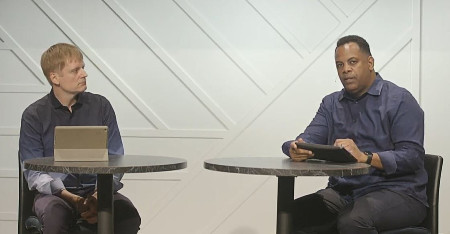 While the COVID-19 pandemic has been a challenge, the new Grace service at New Life is bearing fruit—multicultural fruit. Pastor Terry’s part of the community has a larger population of Black families and Hispanic families. He estimates New Life’s attendance was about 70 percent Black and 30 percent White a year ago. The launch of Grace Central has added a congregation to their building that’s about 35 percent Hispanic. Most of the rest of the Grace Central congregation is White, with a few Black families.

Some of those Hispanic members had been driving to New Haven but now have a closer-to-home option at Grace Central. Technology has made that workable, considering Steve Terry is not fluent in Spanish.

“We have a translator in a sound room with a script of the sermon and headphones on,” Pastor Terry said. “Participants wear an in-ear device connected to Wi-Fi to hear the translator.” Grace Gathering provided technical help to set up that system, for which Terry is grateful. “Our goal is to do outreach efforts to attract more Hispanic and Black members” to the Grace Central service, the New Life service, and to other church offerings, he added.

It was while he was looking for ways to improve discipleship that Terry entered the sphere of Grace Gathering. He attended a “Revive Indiana” event in 2015 held at Grace and got to discussing evangelism with pastor Chris Norman, who was excited about a pattern of discipleship called 3DM. Pastor Terry found it intriguing and has shifted his approach in that direction over the past five years.

Services at church on McKee St. are becoming more diverse.

New Life leaders meet regularly to develop more leaders and to find ways of building community with both congregations. And Pastor Terry says COVID-19 pandemic restrictions have actually helped with that. Instead of a series of small groups in people’s homes or at different meeting times, the church organized three Zoom meetings that included people from both congregations who meet simultaneously on Wednesday evenings. “With Zoom, we had the groups meet together and then do breakout portions” in smaller Zoom meetings, he explained. One result is that people who might have self-selected different groups or classes are now mixing and spending time together—while socially distanced, of course.

“There are more natural friendships taking place that I didn’t forge,” Terry said. In the small groups, people are “figuring out ‘your story isn’t that much different than our story,’” he added.

If pandemic restrictions allow, Terry looks forward to resuming connecting with children, youth, and their families in the community through events like back-to-school outreach, a weekly summer kids club, and an alternative Halloween harvest party. 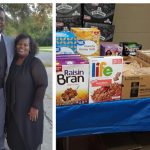 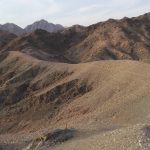