By chogministries
Posted July 31, 2017
In All Church of God, Great Lakes
Dale Gruver: Known for Worship, Called to Preach2017-07-312017-07-31https://www.jesusisthesubject.org/wp-content/uploads/2016/07/ChogLogo-Light.svgChurch of God Ministrieshttps://www.jesusisthesubject.org/wp-content/uploads/2016/07/ChogLogo-Light.svg200px200px 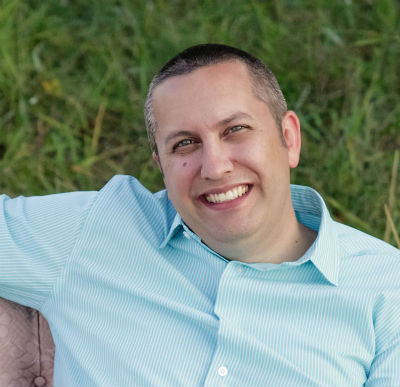 You know it when you see it—that deep love for Jesus, visibly overflowing from a heart that understands the gravity of what the Savior has done. It’s truly contagious, clearly communicating the reality of Christ to a world devoid of hope. Dale Gruver’s got it, and believes everyone can have it, too. Widely known for high-energy, joy-filled worship leading, Dale was called first and foremost to preach the gospel. After nearly a decade-and-a-half of providing worship leadership for the local church, camp meetings, and conferences, Dale accepted a senior pastorate in Alliance, Ohio, with similar enthusiasm. Though Dale’s full embrace of God’s call only came to pass a couple of years ago, extensive investment from mentors and his wide variety of ministry experiences prepared the man who rises to the pulpit at First Church of God.

Dale’s first day in ministry was September 10, 2011, making Day Two an especially “defining” moment in his life. Dale Gruver certainly appreciates the fourteen years of experience under four “great pastors.” These years at First Church of God in Ontario, Ohio; University Boulevard Chapel Church of God (now New Journey) in Jacksonville, Florida; and First Church of God in Greeneville, Tennessee, were fruitful and formative for Dale, but not ultimately what God had in mind. 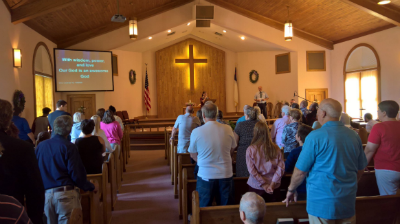 “God called me to preach at fifteen,” Dale explains. “My late grandfather, who preached in the United Methodist Church, advised me to major in a subject I was interested in at a Christian college, then attend seminary.” While a student at Taylor University, Dale was mentored by Clint Dunn, another worship pastor whose widespread influence across the Movement has now led him to Church at the Crossing in Indianapolis. Under Clint Dunn, Dale realized worship arts was a field of ministry he particularly enjoyed. But an experience in 2014 brought him back to age fifteen and that original calling. “God cornered me in my bedroom one morning and asked, ‘What did I call you to do?’ I replied, ‘You called me to preach.’ He said, ‘Are you going to tell me Yes or No?’ I know enough folks that told God no, and I did not want to end up like them. So, after a two-year search, we ended up in Alliance.”

Some of that time included ministry outside the traditional church setting. As a chaplain for a high school football team and ultimately a Fellowship of Christian Athletes chaplain, his experience broadened greatly. “Ben Murphy, the head football coach, was instrumental in stretching me far beyond my comfort zones.” Dale cites Jimmy Swogger, who was also a music and youth associate pastor before becoming a senior pastor, as being tremendously influential on his development as a minister of the gospel. Dale explains that Jimmy Swogger was the one who emphasized that the “place of a senior pastor is to be on his or her face before God.” 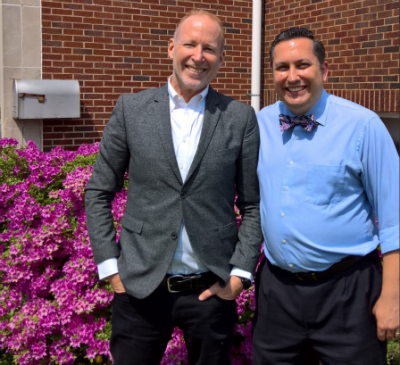 Another Jim has been a great encouragement to Dale. “Well, I have been a fan of Jim Lyon ever since I got to know Tim and Joy Coppess [missionaries-elect to Botswana] while we lived in Ontario, Ohio, and I worked with him at a camp meeting,” he recounts. “I e-mailed Jim shortly after coming to Alliance. I wanted our people to have some face-time with him. So many churches discount the value of national ministry, but we are stronger together than on our own. Jim spoke on CHOG Trafficklight to our adult Sunday school class and then preached on “knowing who you are.” I appreciated his compliments to our congregation. It was a proud moment to host he and Maureen in Alliance.”

Now Dale Gruver pastors in Alliance, and he’s excited about what God has already done in a short amount of time. The people there have a true hunger for God, but the vision has yet to be fully realized. “My prayer is for our church to be an instrument of transformation in our neighborhood—spiritually, mentally and socially,” he explains. “We are in the intercessory stage of that vision right now. Currently, we are the only regular clothing ministry in our city and have been for over twenty years. I’m proud of our folks for that and I believe that ministry is part of this transformative vision.” 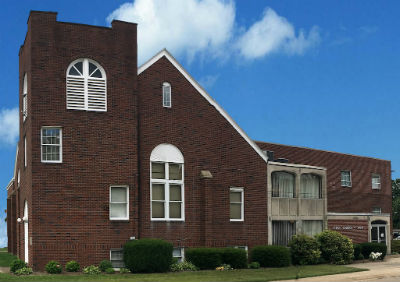 Photo: The campus of First Church of God, Alliance, Ohio.

And while Dale doesn’t lead the worship at Alliance (he’s happy to delegate and encourage more leadership development), he still loves to worship. But when asked why he’s such an enthusiastic song leader, he’s a bit perplexed. “People ask me this a lot,” Dale reflects, “and it confuses me, really. How can you sing, ‘I am a child of God’ or ‘if you’ve got pain, he’s a pain-taker…” half-dead? That makes no sense to me. My eggs are all in the ‘Jesus basket.’ He’s not part of my life, he is my life. I’m just a kid from rural western Pennsylvania, but Jesus has taken me around the world. I guess when I sing, preach, or teach, I want people to understand that God is not a myth—he’s an absolute reality. I believe if you truly get that, you’ll be the ‘enthusiastic guy,’ too!”

In Alliance, Ohio, across the United States, and around the world, God is on the move in the Church of God. Join the movement. Reach our world. Donate today at https://www.jesusisthesubject.org/give.