In a groundbreaking development for the Church of God, a historical treasure was recently made available to the public. Nic Stanton-Roark, archivist at Anderson University and for the Church of God, recently published Daniel S. Warner’s personal New Testament as a digital book through the university’s institutional repository. Whether you’re a history buff, a pastor, or a layperson simply seeking to grow in your faith, this copy of the New Testament—containing notes, cross-references, and more from the pen of this Church of God pioneer himself—is a resource you will want to discover for yourself.

Warner’s copy of the New Testament, likely the book pictured in the photo below, has been kept by family until about 2006. Currently, the copy is being preserved by Dale Stultz, vice president of the Historical Society of the Church of God. This New Testament has many of Warner’s original markings, such as underlined words, notes, cross-references, and more. A bonus discovery in the book was an index of the scripture references, added by Frankie Warner Smith after D. S. Warner’s death, and found tucked in the back cover. 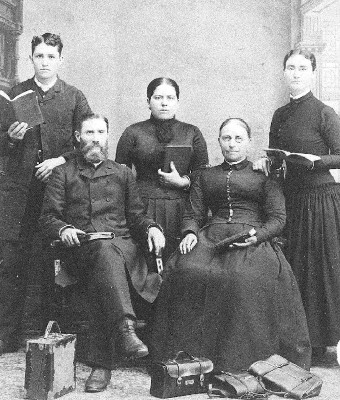 Daniel Sydney Warner, a church reformer, was, as many in the Church of God know, the prominent pioneer of the Movement. Warner’s vision was that the Church of God would extend fellowship to all “blood-washed ones,” instead of aligning with one particular denomination or human institution. In the early 1880s, Warner and a few others formed the first congregation of this new movement. These congregations were the beginning of Warner’s dream of non-sectarian holiness congregations. Warner believed that all believers are members of the Church of God, with headquarters not on earth, but in heaven.

In later years, D. S. Warner became the half-owner and joint editor with I. W. Lowman of the Herald of Gospel Freedom. Following this accomplishment, he published his first book, Bible Proofs of the Second Work of Grace. This accomplishment signified to many the beginning of the Church of God reformation movement. The Herald of Gospel Freedom was shortly combined with The Pilgrim to become the now-infamous publication known as the Gospel Trumpet. D. S. Warner outlined a detailed plan for formally educating ministers in the Gospel Trumpet, which planted the first seeds of what would one day become Anderson University. The university’s first president, John A. Morrison, was not formally educated but also expressed the importance of a proper variety education, and agreed with Warner’s plan. Anderson University students today can be thankful for the foresight of pioneers like Warner, who helped paved the way for the training of Christ-centered leaders for generations to come.

Learn more about the Church of God, including a basic overview of our history, at www.JesusIsTheSubject.org. 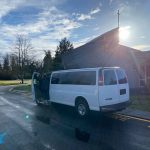 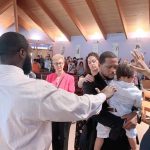