By chogministries
Posted August 10, 2018
In All Church of God, Church of God Convention
D.C.-Area Church to Host Fourth Regional Amid Incredible International Impact2018-08-102018-08-10https://www.jesusisthesubject.org/wp-content/uploads/2016/07/ChogLogo-Light.svgChurch of God Ministrieshttps://www.jesusisthesubject.org/wp-content/uploads/2016/07/ChogLogo-Light.svg200px200px 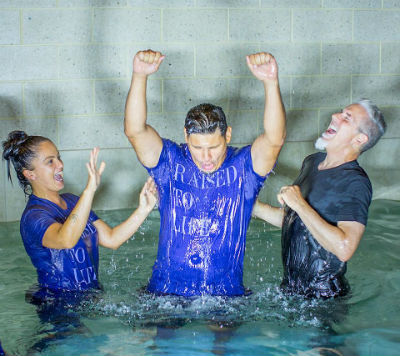 On September 18 and 19, Fairfax Community Church in Fairfax, Virginia, will host the fourth Church of God Regional Convention of the year. Though they look forward to this opportunity to welcome a cross-section of the Movement to their campus, their day-to-day ministry will not come to a halt. At any given moment, life-giving ministry is made possible somewhere in the world because of this congregation. Their work with refugees at home and abroad, the twenty churches they’ve planted or restarted across the globe, and their bold neighborhood-by-neighborhood reclamation in and around the nation’s capital, are only three of numerous areas of incredible impact. Convention-goers will be inspired to see and hear more of Fairfax’s story in person with their stellar staff, but a recent interview with Pastor Rod Stafford offers the entire Movement a glimpse of just how they give life to their city, state, country, and world.

Two years ago, CHOGnews chronicled the story of the refugee family that was adopted by Fairfax Community Church during the Syrian refugee crisis. Today the church continues to love, serve, and bless that family. Whether the area of need concerns housing, employment, or general navigation of Western culture in America, Fairfax Community Church is there. Through that relationship, the church has crossed paths with other refugee families in the area; though the church can’t formally adopt every family they come across, they have been able to direct them to resources readily available to them. Additionally, the church’s partnership with Heart for Lebanon continues to address the refugee crisis—and other great needs in the region—with holistic, transformational ministry. 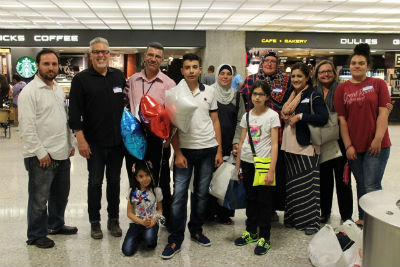 Pastor Rod Stafford (second from left) and the refugee family adopted by the church.

Also in the past year, Church of God Ministries celebrated the first anniversary of the AtHome church plant in Paris, France. Not surprisingly, Fairfax Community Church was one of the stateside churches deeply involved in the process. In fact, Pastor Rod Stafford serves on the board for the Paris congregation. AtHome, as only one of twenty churches Fairfax has helped start or restart, is equally thrilling for Pastor Rod and the congregation to support. They understand the concept of church multiplication, as they’ve encouraged and equipped disciples to be disciple-makers. They’re giving life in Jesus’ name, and that gift goes on and on. Now they celebrate fifteen “granddaughter” churches—that is fifteen churches planted by the original twenty!

“We believe that God has placed us in a city in which he wants us to have a kingdom impact,” Rod explains. “But the boundary of the kingdom of God doesn’t stop at the city gates! God so loved the world and wants us to so love the world and express Christ in tangible ways, not only to our neighbors nearby, but to our neighbors around the world. There are so many profound needs in the D.C. metro area, but around the world the church, in many cases, doesn’t have the resources to respond to the overwhelming need. In this relatively affluent area, God has positioned us to be able to respond to needs beyond the local.” 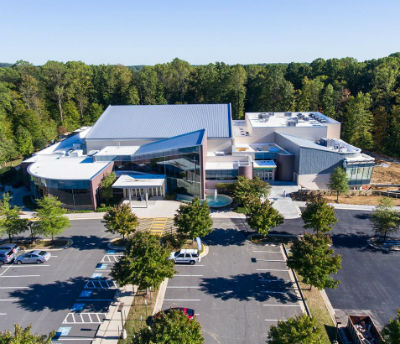 Back at home, in the backyard of Washington, D.C., Fairfax Community Church is all about reaching people one neighborhood at a time. Instead of trying to implement attractional programs at their church, they’re striving to start small groups in as many neighborhoods as they can. These neighborhood groups become more than just events for church people to attend, but life-giving wells scattered throughout the city. The pastors alone can’t make the biggest impact, so what happens “on the platform” on Sunday morning is underemphasized. What matters most is what’s happening among the “blue seats” in the church. Pastor Rod Stafford says, “God uses the church to change the world most effectively outside the channel of church culture. The people who sit in the seats are in government, law enforcement, education, business, and so on. God is using them in the channel of culture where he’s placed them to change the world.”

As a follow-up to a 2014 CHOGnews article about the Clarksburg, Maryland, congregation uniting with Fairfax Community Church, all glory is the Lord’s. A new young pastor, Beth Wolfe, is leading a growing, young congregation there, and they are also making a great impact on their city, only forty-five minutes from Fairfax Community Church. Pastor Rod says it’s been an experience they hope to replicate. He also adds that they’re recognizing the value of moving from a campus relationship with Clarksburg to more of an individual, local congregation experience.

And that’s just part of their story. See it for yourself this September 19–20! Register by August 16 for the early-bird rate at www.chogconvention.org.