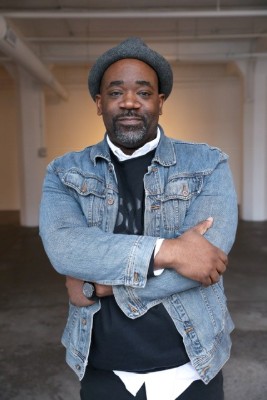 It’s no secret that a wide variety of music styles characterize worship services in churches across the country. Too often, those styles divide churches and keep them from remembering that Jesus is the subject. But it’s not often that believers consider the culture of worship and the effect it has on the congregation and the surrounding community. Sometimes the culture of a Sunday service is really no culture of worship, at all. Amante Lacey, world-renowned gospel artist—and worship pastor at First Church of God in Columbus, Ohio—is committed to be a culture-changer in the arena of worship. His eclectic background, and his exposure to sanctuaries and auditoriums across the country as a road artist, have led him to recognize the need for worship that brings all of God’s people together in heart and voice. It will be no different for him when he steps up on the platform to lead worship at Church of God Convention 2019 and General Assembly.

“Worship has become a trendy thing,” Amante observes. “A lot of times, instead of worshiping God, we worship worship. It’s important for me to come in and refocus everything and everyone around me on what we’re really doing all this for, on who we’re doing it for. I’ve worked in every kind of church there is—white church, black church, churches that are more charismatic in style and churches that are not in any way charismatic. So, I kind of understand the different cultures and can identify why they are the way they are.”

It may require confrontation, it certainly requires intentionality, and comfort zones may have to be breached. Ultimately, changing the culture of worship is worth it, especially concerning a practice that, for the Christian, should be as natural as breathing. “Worship doesn’t have any special rules,” Amante explains. “You don’t have to be around a lot of people. You don’t have to be around anybody. We all love to worship with others. But that’s what makes it amazing—it requires just a pure heart and mind, and allowing God to speak to you as you speak to him.” 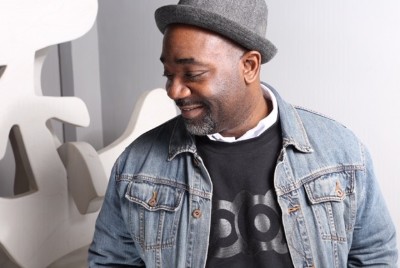 Amante’s spiritual journey has been augmented by songwriting, offering him another avenue to express worship. “I had some friends who were writing music for artists and I was so intrigued by it. I wanted to do it but didn’t know how. So, I asked God to give me the gift to write songs. It didn’t come overnight, and a think I still write more bad songs than good songs, but it’s been a blessing.”

Of the songs he’s written, Amante’s favorite is probably off his latest record, Original Stories & Songs, Vol. 1. The song is titled “To Be Loved by You,” and was actually written originally with his daughter in mind, expressing what it means to be loved by her father. “In the midst of writing it, the song turned into a worship song of what it means to be loved by our heavenly Father.”

For the better part of two years now, Amante Lacey has not only served as songwriter and gospel artist, but also worship pastor at First Church of God in Columbus, Ohio. Ministry alongside their senior pastor Timothy Clarke has been quite an experience. “I’m challenged by him, but not in a negative way,” Amante explains. “I’m challenged weekly on making myself and my team better. He’s such an educated man and has so much wisdom. It requires me to be on my toes at all times. I never regret going into the office or being there, and I’m grateful to support his preaching and receive something from him each week.”

Aside from worship and music, Amante Lacey enjoys spending time with his kids, travel, and sports. His television is often tuned to ESPN SportsCenter and he enjoy working out at the gym. He also enjoys meeting new people, something he looks forward to in addition to leading worship at Convention 2019 and General Assembly.

“I led worship at the Regional Convention in Columbus last year,” Amante reflects. “I don’t have a Church of God background, so this all brand new to me. It’s an honor and privilege to lead worship for the Church of God and get to know everybody. I’m definitely looking forward to our times of worship together.”