Cuban Baseball: On Fire for Christ

By chogministries
Posted May 20, 2013
In All Church of God, Global Strategy
Cuban Baseball: On Fire for Christ2013-05-202013-05-20https://www.jesusisthesubject.org/wp-content/uploads/2016/07/ChogLogo-Light.svgChurch of God Ministrieshttps://www.jesusisthesubject.org/wp-content/uploads/2016/07/ChogLogo-Light.svg200px200px 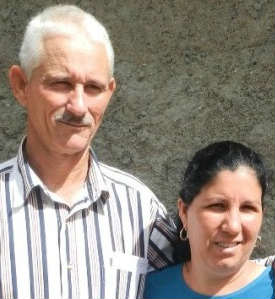 A famous fragment of Havana, Cuba’s downtown plaza, is known as the Hot Corner in honor of baseball’s third base. Third base got its nickname because of the sizzling ground balls hit down the baseline. Havana’s Hot Corner sizzles around the clock too—regardless of local temperatures.

The thermometer registered a pleasant seventy six degrees the Sunday afternoon in February when we strolled through, but the baseball debate that happens there had reached a boiling point. A dozen men were engaged in a shouting match to settle the burning question of who is the country’s finest infielder.

Cuba’s passion for baseball has led someone to quip that soccer should be considered the national sport because baseball is the national religion.

I was recently in Cuba for baseball tournament, but this was no normal tournament. It was one with spiritual implication.

For the past year, Pastor Otto Gonzalez has been gathering youth and adults in his small town of 26 de Julio, Villa Clara, to play baseball and study Scripture. The program is called The Maranatha Sports Ministry. In a conversation last September, he told me that he ran the baseball program with a vision to build youth and adults into solid followers of Jesus. I mentioned that we had done something similar in Bolivia several years ago. That was all it took for Pastor Otto to recruit me.

He asked if I could collect used baseball equipment and bring it to 26 de Julio. Despite their passion for the game, most Cubans hardly ever get their hands on real baseball gear. Kids make do with cardboard gloves, balls made of tape, and broomstick bats. Some of the adult players on Pastor Otto’s team are certified semi-professionals, but have never possessed a baseball glove of their own!

Generous friends in Indiana and Florida responded to my plea and in a week donated enough gear to outfit Pastor Otto’s team. I had the privilege of attending the opening game of the 26 de Julio 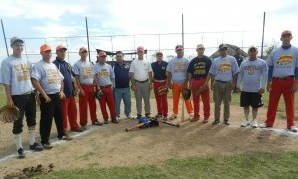 tournament and witness the delight when aluminum bats and genuine leather baseballs came out of the bags. Participating teams even had enough gloves for every player on the field—even though they had to trade off between innings.

They were so excited that they expanded the program to include Little League teams. These kids can now have a chance to use real gear before they reach semi-pro status.

Pastor Otto expressed his delight: “The Maranatha Sports Ministry, and I in particular, wish to express our thanks to all those brothers and sisters who collaborated to bring us donated equipment.” He continued. “It will be put to use so that through baseball we can preach to souls—the primary goal of this ministry. From the moment that you all decided in your hearts to support the ministry with these resources, you have contributed to the development of evangelistic outreach.

”It seems that with Pastor Otto’s passion for baseball, young people, and the Lord Jesus, things could get hot in this corner of Cuba. Let’s pray that it does.

David and Barbara Miller serve as your regional coordinators for Global Missions to Latin America.