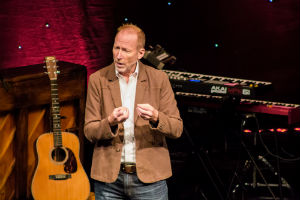 Jesus took a stand against the way of the culture. On Thursday, the Church of God collectively responded to the evil all too prevalent in our culture. Counter to the culture, the General Assembly said No to racism and Yes to the unity we’ve long preached but haven’t always lived out. Through gut-wrenching stories of racism still too rampant in our society today, ministers and lay representatives rose to their feet to indicate renewed commitment to do more than just talk about the sin of racism. By way of resolution, we condemned recent injustices in Charleston, South Carolina, and all across Western civilization. We resolved to take action and live out the love of Christ in every area of life and ministry. 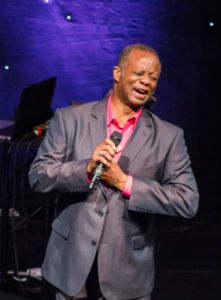 After the final session of General Assembly 2015, acclaimed vocalist Larnelle Harris returned to the stage to lift up 1 Corinthians 13 in song. As a worshipful reminder to the Church of God that our love proves whose we are, “The Greatest of These” communicated truth antithetical to the societal norms. Jim Lyon insisted that the Church of God must not mirror the culture, but instead mirror the kingdom of God. “The church in America has become a reflection of the culture. Stop it!” he preached.

Jim’s sermon brought to light an unplanned, counterculture thread divinely and amazingly woven into the preaching heard throughout the week. Hell’s plot may be to make the church look more like the culture than the kingdom, but what happens when Jesus comes to church? Answer: lives are transformed. It may mean a change in the way we’re used to doing church. It may mean we let go of some of the attitudes, traditions, and paradigms that have shaped our understanding of ministry. While many attend church and reflect how much better it made them feel, the question we must ask ourselves is, Was somebody’s life transformed? Sometimes change is necessary, and it’s what Jesus was all about when he “came to church.” “History informs and is the lens through which we understand our future. But learning from it is not the same as everything staying the same.” The world may preach narcissism, retaliation, and hate. But we preach and live out humility, reconciliation, and love.

From the Atrium at Crossings Community Church to the Twitterverse, it was abundantly clear that the Holy Spirit had done a mighty work among those who attended CHOG Convention 2015. More than twelve thousand live streams connected to the convention through the week, offering even more access to the message God was sending through these pivotal moments in the movement. Momentum is gathering in this new day for the Church of God, and Church of God congregations around the world can only imagine what God will do next. May we boldly reclaim what hell has stolen!

Look for a convention wrap-up coming next week, as well as a summary of this year’s General Assembly! Stay tuned to www.chognews.org!