“More and more I am noticing the gravitational pull toward inauthentic ambivalence when having to confront the uncomfortable issues facing culture today.” Geremy Dixon, lead pastor of Center of Hope LA, doesn’t mince words as he expresses concern over the current climate of the church and country. Beyond mere talk, the theology he espouses has been tested by fire; the practicality of the gospel and all its implications has been proven in a setting of tremendous diversity—the haves and the have-nots, the hopeful and the hopeless, the famous and the forgotten, together representing an international spectrum of ethnicity. In his nearly nineteen-year history of visionary and transformative leadership across the Los Angeles metropolitan area, Geremy has more than earned the right to speak on the challenging matters facing the Movement and the world today. This June, Geremy’s clear articulation of a true kingdom agenda won’t be limited to his home church, but also available during Convention 2021 for the whole Movement to hear. 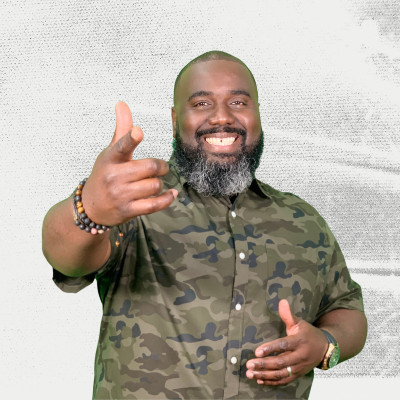 A brief look at the history of Center of Hope LA reveals a pastor today who carries on the mantle of others, heroes of the faith who were also driven to declare Jesus and articulate a kingdom agenda. A merger of two Church of God congregations formed the foundation of Center of Hope LA. From 1972 to 1996, the late beloved powerhouse preacher Benjamin F. Reid shepherded the flock which had culminated from both a historically white and historically black church. During the exemplary leadership of Bishop Gregory Dixon, from 1996 until 2012, First Church of God in Inglewood (Los Angeles) changed its name to First Church of God—Center of Hope. “In his mind, he wanted to express that we would be an oasis of hope for all types of individuals who found themselves seeking something better,” Geremy Dixon explains. “He wanted to express our place as a place of hope, grounding, anchoring, and a place where you had a sense that, no matter where you were starting from, there is a positive destination with the saints and under the banner of an incredible God.”

One of the unique challenges of doing ministry in Los Angeles is that there are numerous potential distractions. In the shadow of Hollywood and Disney, and with the beach not too far to the west and mountaintop adventures to the north and east, a variety of activities clamor for the attention of individuals and families. Add to these elements a community that doesn’t tend to put down deep roots, as well as a culture in which church attendance is not a normal weekend reality, and you’ve got a recipe for—revival—at least at Center of Hope LA! Jim Lyon, general director for Church of God Ministries, offers perspective:

“One of the Movement’s most dynamic and daring preachers, [Geremy’s] is an emerging voice on not just the church’s stage, but also the city’s. His is a message of a whole gospel, embracing the way of Jesus in a way that will make you hungry for more—and that will not let you be content to wait for the kingdom. Geremy knows the kingdom rules are for here, for now, wherever you are. We are not just passing through this world; we are called by God to change it, to bring it abundant life in Christ.” 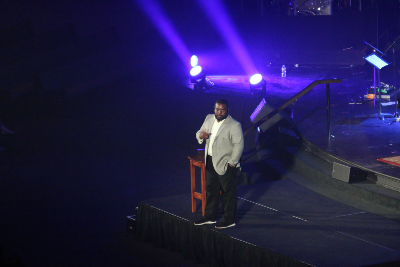 This message—this Jesus-centered kingdom agenda—is really resonating with people of all walks of life, including those otherwise disillusioned by the institutionalized church. For instance, Geremy explains, “With all the commentary around young persons leaving the church in droves, I’ve been super blessed in God sending us some incredibly gifted young leaders hungry to step into kingdom leadership. We’re seeing people saved, baptized, and lives changing. But what’s most exciting to me is the development of young leaders and the replication of our local church.” Last year, the church was excited to share with the broader Church of God that had recently launched a satellite location in the Sherman Oaks area of the Los Angeles valley. God has already granted the congregation success in the expansion.

With a vast array of successful experiences and a “particular blend of humor, inspiration, and sound biblical grounding,” it’s no wonder Geremy Dixon was invited to return to the Church of God Convention platform. He has already noted that he and his congregation “celebrate the fact that [they] get to actively engage with the wider body and be an active part of where the Movement is headed.” Upon reflection of the theme of Convention 2021, Geremy is especially pleased to be a participate.

“Our Convention theme steps into the conversation; unapologetically, uncompromisingly, and unambiguously. A line is being drawn in the sand, making it very clear that Jesus is the ‘justice guy.’ Another name for social justice is social holiness. I could curate an impressive list of leaders and influencers better suited to tackle this topic than I. However, I am so grateful to have the opportunity to share my thoughts around the ethics of Jesus concerning our responsibility for our fellow man.”

Hear from the Lord through his servant Geremy Dixon at Convention 2021 & General Assembly, June 26–29 in Denver, Colorado—in-person and online participation options available! Learn more and register today at www.chogconvention.org. 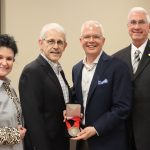 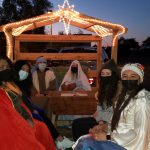