By chogministries
Posted May 8, 2019
In All Church of God, Church of God Convention, Global Strategy
Convention 2019 Speaker Fosters Refuge and Redemption in France2019-05-082019-05-08https://www.jesusisthesubject.org/wp-content/uploads/2016/07/ChogLogo-Light.svgChurch of God Ministrieshttps://www.jesusisthesubject.org/wp-content/uploads/2016/07/ChogLogo-Light.svg200px200px

“When Samir Salibi moved to Paris, France, as a twelve-year-old, non-Christian immigrant from Lebanon, little did he know that one day, two decades later, he would be coming to the rescue of many migrants and displaced people himself.” These words, written by Patrick Nachtigall, regional coordinator for Global Strategy to Europe and the Middle East, celebrated what God had done through Samir at the first anniversary of @home. That was nearly a year-and-a-half ago, and God continues to do incredible things through Samir Salibi and @home. 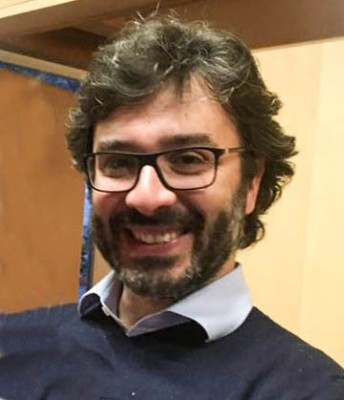 A four-part strategy guides Samir’s ministry for maximum impact among the refugees in France. Integration involves helping refugees assimilate into French culture. “Proclaiming the good news” is accomplished through visitation at refugee camps and apartments where refugees live (many are forced to live on the streets). Bible “clubs” for children are utilized to reach families, showing God’s love by helping in different ways. Biblical counseling is vitally important for providing the emotional support for both refugees and Christians engaging in refugee work.

Patrick Nachtigall further reflected on the miracle unfolding to this day in the heart of the country. “What started as one man’s response to the refugee crisis has blossomed into a new Church of God ministry that is pulling together evangelicals from all over Paris and other parts of France. Samir, a gifted leader in information technology and in ministry, has the ability to provide visionary leadership that can mobilize many people. Before long, there was a large crew of Church of God believers, as well as people from many other denominations and ethnicities, serving the Lord together. Samir quickly became the linchpin that held it all together and was praised by the leader of the evangelical churches in France for his superb leadership.”

Unlike traditional churches, or multisite churches which expand as the main location grows, @home is already multisite, and intentionally so. While a central location exists, at least six sites in the surrounding area serve as gathering places and regular points of ministry to the community. Special events and services bring everyone together, and each location is committed to serving the refugee community, most of which are hearing about Jesus for the first time ever through the work of @home. Twelve nationalities are represented in this community of believers today, and worship is conducted in four different languages! 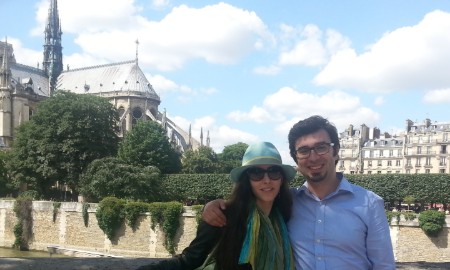 Samir is looking forward to sharing God’s Word and more of their story at Convention 2019. “What makes me so excited to speak in Orlando is this opportunity to share with the extended Church of God family what God is doing among the @home community here in Paris,” he reflects. “I believe in the missional churches model for large cities to reach any community in our societies. We can’t dissociate spiritual and social work in our churches. My prayer is that my words will inspire leaders to transform or initiate such initiatives to open the doors for many more to meet Jesus.”

While immigration has been a hot-button topic in recent years, Samir is hopeful that the Church of God maintains a Christian perspective toward both refugees and anyone with differing religious backgrounds. “We won’t bring them to Jesus through debates, but by trust, coming from our sincere love and compassion for them.”

Convention 2019 & General Assembly is June 27–30 at the World Center Marriott in Orlando, Florida. For registration, schedule, speaker information, and much more, visit www.chogconvention.org. To learn more about Global Strategy, including the ministry of @home, visit www.chogglobal.org.