Convention 2018 Speaker: Light to Hollywood, Living Water to the Desert

By chogministries
Posted November 9, 2017
In All Church of God
Convention 2018 Speaker: Light to Hollywood, Living Water to the Desert2017-11-092017-11-09https://www.jesusisthesubject.org/wp-content/uploads/2016/07/ChogLogo-Light.svgChurch of God Ministrieshttps://www.jesusisthesubject.org/wp-content/uploads/2016/07/ChogLogo-Light.svg200px200px 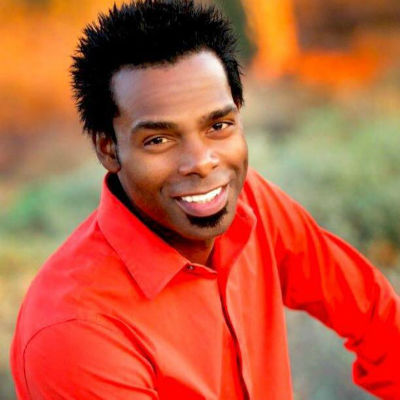 All the glitter, glamor, and glitz of Hollywood can’t be outshined by the light of Christ reflecting through one of his own. Jeff Whye, known across the Church of God for his high-octane personality and knack for making people laugh, rocked Hollywood for a season but never lost his footing on the solid Rock. When God called him to the dry soil of the Southwest, his ambition was to point people to the source of Living Water. At Anderson University and Long Reach Church of God in Columbia, Maryland, before that, Jeff was molded and made into the man of God he is today. Overflowing with a love for reconciliation and restoration of relationships—between people and to the Lord—Jeff Whye looks forward to the opportunity to speak to the Church of God at the five Regional Conventions in 2018.

Jeff Whye grew up listening to the dynamic preaching of Pastor Bob Davis at Long Reach Church of God. It was there that he honed his communication skills, but also developed the heart of a servant. He was given opportunities to grow as a leader and became the chief audio engineer, but also served in the church’s nursery. Kerwin Manning, the youth pastor, invested heavily in Jeff and, before long, Jeff was leading a small group. Manning also urged Jeff to go to Anderson University, and he did. There he offered his leadership in a variety of ways, including for the Campus Activities Board, a student-lead comedic production called Cheap Thrills, and the chapel as its announcer for two years. It wasn’t just the experiences in these places that shaped Jeff, but more so the mentors who poured into his life. Jeff’s communication skills made him a prime candidate for teaching, and Christian university students have benefited greatly in years since. Most recently, Jeff has served as teaching and connections pastor for North Hills Church of God in Phoenix, where he reconnected with Pastor Jim Davey, who opened the door for Jeff to emcee for the International Youth Convention back in 2002.

That’s where so much of the Church of God was introduced to Jeff Whye. IYC students, youth pastors, and student volunteers looked forward to the witty remarks and crazy sense of humor Jeff brought to biennial event. Here’s some great news: Jeff also returns to IYC next July!

Paramount, CBS, numerous freelance gigs, and acting for commercials were all a part of Jeff’s Hollywood stint. Despite what might be portrayed in online and on TV, that life wasn’t all it’s cracked up to be. Temptations were continually within reach and it wasn’t hard to feel alone. But during his Hollywood years, Jeff found the opportunity to plant seeds of faith among many whose ambitions were limited to fame, fortune, and fun. God brought that season to an end, however, in favor of a new one that Jeff wouldn’t have imagined: vocational ministry.

“I found myself hitting rock-bottom six years in, living out of my car,” Jeff remembers. “In a way, God was saying, ‘Okay, now I’ve got your attention.’ I wasn’t interested. I liked doing stand-up and acting. I liked that world. But I’m so glad God ‘flipped the script’ on me. Now I’m living for the Lord through ministry in the church.” 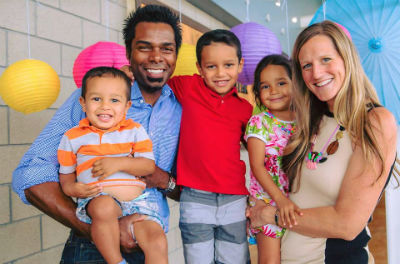 Jeff Whye with his family.

As a husband and father, Jeff has a great passion for shepherding families and healing hurting marriages. As a role model to high school and college students, Jeff has exercised his love for encouraging godly dating and relationships. As an ambassador for the Lord, Jeff loves to advocate for reconciliation across ethnic lines. For Jeff, who cites 2 Corinthians 5:18, it’s all ultimately about reconciliation. And when difficult topics must be communicated, what better way to “disarm” an audience than by making them laugh? “That’s just my strength,” Jeff explains. “Some people out there are created to bring joy, laughter, and encouragement. It’s simply a tool I use for the Lord.”

Phoenix, Arizona; Oklahoma City, Oklahoma; Columbus, Ohio; Fairfax, Virginia; and Safety Harbor, Florida—these are the locations of the five Church of God Regional Conventions scattered across the calendar from April through September 2018. Look up the details on each and complete your registration at www.chogconvention.org. In the meantime, know that Jeff Whye will be at each one, ready to bring a smile to your face and encouragement to your soul.

“Sometimes we forget about the main thing,” Jeff reflects. “We need to get back to reconciliation and understanding who Jesus Christ is. The world needs love, and that from Jesus Christ only. That’s why the world needs the church so badly. The gift of Jesus Christ comes through his followers. I want to remind the church of how we got started and who we are. I’m excited about that.”

Find details and registration for the 2018 Regional Conventions at www.chogconvention.org.