By chogministries
Posted January 11, 2017
In All Church of God, Western
Convention 2017 Speaker Reclaims Destiny Once Stolen by Hell2017-01-112017-01-11https://www.jesusisthesubject.org/wp-content/uploads/2016/07/ChogLogo-Light.svgChurch of God Ministrieshttps://www.jesusisthesubject.org/wp-content/uploads/2016/07/ChogLogo-Light.svg200px200px 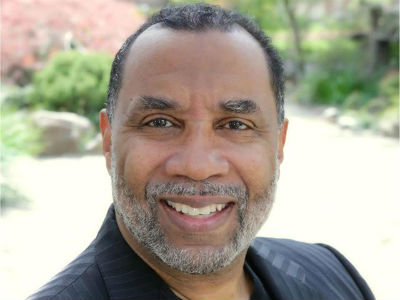 “I am a witness that, not only does God’s grace save us and give us right standing with him when we first accept Christ, but it reclaims and restores us when we’ve failed as believers.” Paul Sheppard, longtime Church of God pastor and scheduled speaker for Church of God Convention 2017, knows firsthand that God is not only in the saving business, but also the reclamation business. His story of failure and forgiveness that we first broke in November 2015 melts even the heart of stone. But more than a year later, the message of reclamation radiates now more than ever from his renewed life and ministry in the one of the largest communities in the San Francisco Bay Area.

Paul Sheppard never could have imagined what has transpired over the past seven years. Poor choices had cost him the pastorate at the church he founded in Mountain View, California, as well as his credentials. It seemed for a time that Paul would never restore fellowship with the saints who had become family to him. It seemed, in a very real sense, that hell had won.

But God had other plans. “Like a number of people we read about in the Scriptures, unfortunately I know what it’s like to sin and come short of God’s glory after walking with the Lord,” Paul explains. “I’ve learned that grace is not only sufficient for the faithful; it is also restorative for the fallen who truly repent. For instance, Jesus had a plan to restore and mightily use Peter after he committed the sin of lying about being a follower of Christ (Luke 22). In fact, hours before Peter’s worst failure, Jesus predicted it, and said, “…when you turn again (or are converted), strengthen your brothers.” That’s what it’s like for me after experiencing God’s restorative grace—my ministry is marked by helping people around the country find the hope and help that is available to us in Christ!” 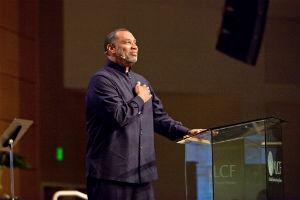 Photo: Paul speaking at the renewal of fellowship.

Paul’s marriage did not fail. His credentials were restored, and God’s new future before him lay ahead. By God’s grace, Paul founded Destiny Christian Fellowship in Fremont, California. In November 2015, Destiny and Abundant Life came together in an unprecedented renewal of fellowship—healing the bonds which had been broken years earlier. “How exciting it was to walk into the sanctuary of Abundant Life and see members of the church I now pastor worshiping side by side…More than 2,500 people experienced this most unusual gathering!” Paul recalls.

This won’t be the first time Paul Sheppard has come to the platform at a national Church of God convention. But it will be the first time the new Paul will speak to the movement. “I’m humbled and honored to be invited to share God’s Word at the upcoming convention,” he reflects. “Having spent many years in Christian leadership circles, I know that, by inviting me to speak, they risk criticism and resistance from some. But I look forward to sharing a message about God’s ability to make all things work together for good, not just the things we enjoy or are most proud of. May God be glorified, the saints edified, and the devil horrified by their bold decision!”

A little over a month before Church of God Convention 2017, Paul and Meredith will celebrate their thirty-fifth wedding anniversary.

Church of God Convention 2017 is June 20–23 at Central Community Church in Wichita, Kansas. For registration and more information, visit www.chogconvention.org.