It has been said when one door closes, another opens. While such sentiment may be too optimistic for the kingdoms of this world, the hopeful message rings true in the kingdom of God. Whether in rejoicing, such as when a congregation outgrows its building—or in sorrow, such as when the chapter of a local church’s story comes to an end—the Lord’s sovereign hand is ready to usher in new beginnings. In the formation of Sound Mind, an addiction recovery ministry in West Virginia, closed doors have, on more than one occasion, become open doors of opportunity for the gospel.

Lester First Church of God in Lester, West Virginia, had outgrown their facility. In 2012, they rejoiced as they walked through the open doors of their new building. Meanwhile, the church shut the doors of the old building behind them, not sure what could, or even should, be done with the property. In the midst of a season of prayer, the answer came from the pastor of a nearby congregation. Tony Bailey, then pastor of Mullens First Church of God, had founded an outreach to addicts. Weekly group meetings were the primary avenue for life-change at the time, but Tony asked the congregation in Lester about giving new purpose to their old building. 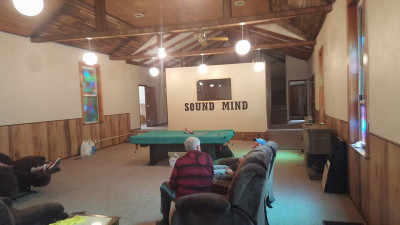 What if the old church building could be used as a sober-living facility for men who were addicted to drugs or alcohol? That was the question, and the results of an affirmative response has since led to numerous men and women set free from addiction and several others won to Jesus Christ.

“Tony realized,” Dale Burchfield, pastor of Lester First Church recalls, “that a major problem with many addicts is that, when they get clean, they must go home every day to the same environment with family and friends who are using drugs, causing them to relapse more often than not.”

The ministry took months of planning, research, and visiting similar facilities across the state, before it could launch. But, by 2015 the first four residents moved into the former Lester First Church of God. In the time since its inception, Sound Mind has gone on to host as many as seventeen men at one time at the Lester Facility alone.

Over time it was apparent that God’s plan was much bigger than one community and much broader than one building. Sound Mind has expanded to also include a men’s facility in Welch, as well as a men’s facility and a women’s facility in Mullens. Interestingly enough, the Welch building was also a former church that had closed its doors, but opened its doors once again to ministry through Sound Mind when West Virginia Ministries of the Church of God conditionally deeded it to the addiction recovery ministry.

Today, Matt Adams is the senior pastor of Mullens First Church of God and the executive director of Sound Mind. This is especially encouraging, considering he himself was a product of the program! Dale explains that Matt had a lot going for him, including a master’s degree and a loving family but, due to drug addiction, nearly lost it all. Through Sound Mind at Lester, Matt surrendered to the call of Christ and experienced total transformation. 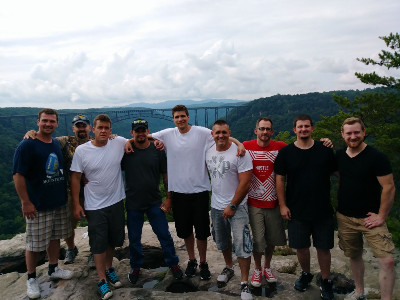 Success is aided by “brothers” on the same journey.

Pastor Matt reflects, “Having gone through the program has given me more understanding and mercy, and a better feel of what the guys in Sound Mind are going through. I had actually felt the call to pastor a long time ago, but ultimately what led to the addiction was running from that call. When I finally stopped running, by God’s grace, the call was still there.”

The COVID-19 pandemic has caused temporary closures of some of the facilities and slowed the progress the ministry had been making, but Sound Mind is hopeful for what God will do in the new year. “So many people have been taught wrong about who God is and what he does,” Matt reflects. “Sound Mind allows people to see the truth of who God really is. We welcome them with open arms. And, when they see Jesus, recovery happens.”

And it continues to happen. Other men who have participated have gone on to launch other Christ-centered ministries across southern West Virginia. Drug addiction is a real crisis, but these men and women have discovered a very real Jesus.

“Drug addiction has become a major problem in today’s society like I could have never imagined,” Pastor Dale explains. “But we have seen some great victories through this ministry with many being saved and baptized over the last five years. Our congregation has been very blessed with the men that have come through this program. And—to think—we were close tearing down the building to make room for parking.”

Learn more about Sound Mind, and discover opportunities for involvement, at www.soundmindwv.org. Learn more about the Church of God movement at www.JesusIsTheSubject.org. 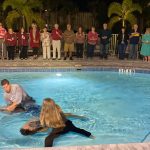 Rebirth and Renewal in SarasotaAll Church of God, CHOG, Southeast 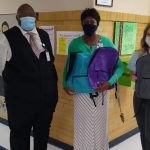