Cindy Magsig: Musings on Ministry, Music, and the Movement

By chogministries
Posted March 10, 2022
In All Church of God, Central, CHOG
Cindy Magsig: Musings on Ministry, Music, and the Movement2022-03-102022-03-10https://www.jesusisthesubject.org/wp-content/uploads/2016/07/ChogLogo-Light.svgChurch of God Ministrieshttps://www.jesusisthesubject.org/wp-content/uploads/2022/03/ross_and_cindy_magsig_church_adj.jpg200px200px

On February 20, 2022, a new chapter of ministry opened for Cindy Magsig, who was installed as lead pastor of Community Bible Fellowship in Austin, Texas. Though it’s the first time she’s served in a senior pastor capacity, it’s certainly not her first foray into ministry. The daughter of Melba and the late Gilbert Davila grew up in the Church of God, serving the Lord and the church from the platform of an influential ministry family. Nurtured in a such an environment, Cindy nevertheless had to embrace the divine call on her own life, which led to a rich and formative season of worship ministry, speaking engagements, and hospice chaplaincy. Against a backdrop of headlines that discourage and depress, Cindy’s recent pastoral placement and subsequent musings on ministry, music, and the Movement encourage and inspire.

In the early 2000s, Cindy led worship for a Church of God congregation in Colorado Springs until the family relocated to San Antonio, Texas. There she served in whichever capacity was most advantageous to the ministry of a church plant her family was helping to revitalize—leading worship, preaching, and more. In 2013, though, the overflow of her love for the Lord, her musicianship, and talent for leading worship resulted in the founding of what she named Surrendered Heart Worship Ministries. Highly sought-after to lead worship, come alongside other worship ministries, and speak at various events, conferences, and camp meetings, Cindy found an anchor for her soul in the simple posture of a surrendered heart. To this day, she considers the classic hymn “I Surrender All” a favorite. 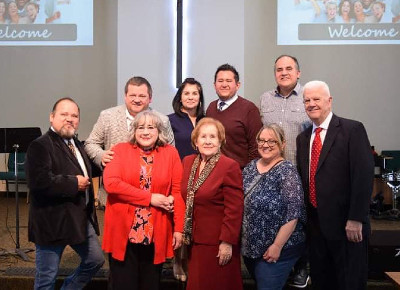 It’s not at all that Cindy didn’t believe she could be called into pastoral ministry, it’s just that she didn’t expect it. After all, growing up in the Church of God movement, which has historically affirmed women in ministry, she felt comfortable following the Lord wherever he would lead.

“I think for me the greatest blessing is being born into a movement where I am free to answer God’s call upon my life as a woman,” Cindy reflects. “And hopefully, it will encourage other women to go wherever he sends them, as well. The challenge of living ‘deep in the heart of Texas’ is that there is still a strong culture where many people of other churches do not believe women should be lead pastors, or have a role in church governance. But if God calls, I answer. I go. Plain and simple.”

Cindy cites Galatians 1:10, where the Apostle Paul stresses his purpose of pleasing Christ over the whims and wishes of other people. She goes on to describe the countless sermons she’s heard on the Great Commission, never imagining that God’s Word could possibly be speaking to men only.

“I always knew deep in my heart it was a commissioning for me, as well,” Cindy explains, “something that was being asked of me, too. And now that I am a messenger of the gospel, how am I (a woman) hurting the kingdom by bringing the Good News of Jesus to the world? How does this hurt the church? It doesn’t. It only continues to advance the kingdom of God. For this reason, God has affirmed, and reaffirmed my calling. He alone is the very reason for my calling.”

Many in the Church of God movement remember well the 1994 Joy in the Lord video, in which a variety of pastors, professors, and well-known musicians came together to sing heritage hymns and gospel songs. Among those featured were the Davilas, including Cindy Magsig. For many years, the family traveled and even recorded music for distribution. Recounting the 1994 recording, Cindy says, “It was one of the highlights of our lives.” But it also reminds her of her blessed heritage, not only in her family, but also in the family of God—and specifically her Church of God family. 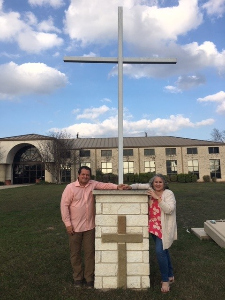 “When I think about my Church of God heritage, I get a little emotional,” Cindy explains. “It started with my grandparents. They got saved when my father was only five years old in the early 1950s. The thing is, their marriage was hanging by a thread, and they were close to a divorce when a man came to their doorstep to share the gospel one Saturday morning. They were both saved in their living room, and were new people from that moment on. This is one of the reasons my father’s favorite scripture was 2 Corinthians 5:17. He saw the complete change in his parents, and in his home life. Right after they got saved, they began attending Iglesia de Dios (Church of God) in Corpus Christi, the church my father would eventually pastor once he grew up.”

Speaking of her father, who passed away on January 29, 2021, Cindy beams. “There is so much I can say,” she explains. “But the word that comes to mind for me is authentic. The man who stood on the pulpit and preached on Sundays, lived the life he preached about every single day. We got to see his passion for God and his love for people so consistently. We wanted the kind of relationship he had with God. We still do. He truly led by example. A man of God. A man of integrity. All four of us are in the ministry to this very day because this great leader led at home first. And now, it’s our aim to raise up the next generation to serve the Lord, as well.”

God blessed Cindy and her husband Ross with twin sons and a daughter, all of whom are indeed serving the Lord in various capacities, even as they explore God’s personalized call on their own lives.

In addition to her new pastorate, Cindy Magsig was elected as a lay delegate to the Church of God Bylaws and Organization Committee at the 2021 General Assembly meeting. “I am looking forward to working with my fellow committee members as we serve the church at-large,” Cindy concludes. “Coming together to work for the Church of God pulls at all of my heart strings because I greatly love our Church of God family.” 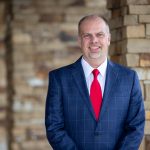 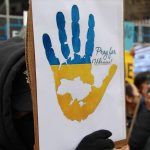