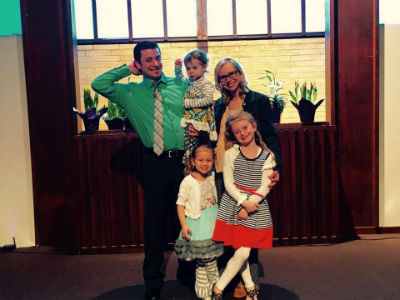 For two years, the two Church of God congregations of Ithaca, Michigan, have shared a youth pastor. The radical arrangement simply makes it possible for one to have a youth pastor, while the other church now has resources it didn’t have before. Ithaca Church of God and Edgewood Church of God have discovered that competition crumbles when it’s all about the common mission. That mission isn’t to outdo one another, see who can fill more pews, or beat each other to the buffet! While churches in America have been known to act like they’re on different teams, the truth is we’re on the same team when we seek God’s kingdom first. Not only do Ithaca and Edgewood share a youth pastor and various activities through the year, but they also team up with churches of a variety of denominations to meet the community’s needs. Perhaps that’s why the recent joint fundraiser for the local food pantry brought in record crowds and dollars.

Ithaca Church of God was established just before 1920, and Edgewood, which is the longest-serving Church of God congregation in Michigan, was founded, in part by D. S. Warner, in 1882. Only eight miles separate the two churches. Because of the functional unity practiced by the two congregations, miles are about the only thing that come between them.

It comes down to this: “We do better together,” David Perry, pastor of Edgewood explains. “We both agree that the kingdom work and the saving of souls is more important than protecting our own ‘turf.’” 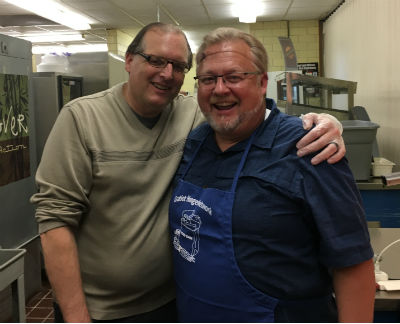 So when Tom Whitesel, pastor of Ithaca Church of God, approached David about sharing Edgewood’s full-time youth pastor Matt Derby, it just made sense. Ithaca, Michigan, a town of roughly 3,000 residents, is served predominantly by one school system. Instead of fishing separately in the same pond, a joint ministry would maximize reach and demonstrate to a divided world what a united church looks like. “I just got together one day and told Dave our congregation really needs a youth pastor, but we can’t afford a full-time position,” Tom recalls. “Would you consider forming a youth group between the two churches and having Pastor Matt be the leader?” Edgewood agreed, and the rest is two years of youth group history: one week, the youth group will meet at Edgewood; the next, at Ithaca. Both churches can afford the highest-quality youth ministry in the area because they split Matt’s salary and the youth budget. The two churches have also formed an advisory board for the youth, composed of members from both churches. “Pastor Matt can draw from the resources of each church so, for example, fundraisers are great because you have two churches going into it.”

“The key reason this works,” Pastor Matt Derby explains, “is that we have consistently started at the goal of making Christ known to youth in the community. The Great Commission is the key filter by which we view all potential conflicts. When we do that, amazingly those issues start to diminish.”

Photo: Potato bar, sponsored by the churches, at the high school.

Unity must not be only theoretical; it must be lived out. Edgewood and Ithaca share more than youth ministry. They come together for a variety of ministry and mission opportunities through the year. One such event recently concluded with huge success and involved a potato bar fundraiser for the local food pantry. The pantry is a cross-denominational ministry of the churches of Ithaca. From Baptist to Presbyterian to Methodist, the churches work together to keep the pantry stocked and serving the needs of the community. Especially encouraging is that the two Church of God congregations spearheaded this event! Even the VBS program that Ithaca Church of God puts on is a combined effort between the Methodists and the Presbyterians. Jesus is the subject.