Church Steps Out in Faith for the Children, Teens of Atwater, California

By chogministries
Posted November 2, 2017
In All Church of God, Western
Church Steps Out in Faith for the Children, Teens of Atwater, California2017-11-022017-11-02https://www.jesusisthesubject.org/wp-content/uploads/2016/07/ChogLogo-Light.svgChurch of God Ministrieshttps://www.jesusisthesubject.org/wp-content/uploads/2016/07/ChogLogo-Light.svg200px200px 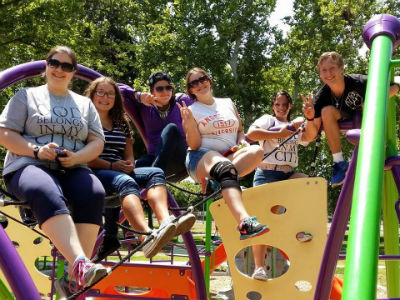 Some of the youth group of First Church of God.

Take a look at 2100 Fruitland Ave, Atwater, California, on Google Maps. What you’ll find is that First Church of God is literally a stone’s throw away from Atwater High School. The front-row seat the California congregation has to roughly 1,800 students and their families is certainly incredible, but the church hasn’t sat down to enjoy the scenery. They’ve seized a number of opportunities God has presented them to minister to these teens and their families. What’s more, through their preschool established in 1964, they minister to children who one day accept their diplomas right across the street. Recently the church stepped out in faith to expand the preschool facility, as teachers reap the benefits of a Fruitland Christian School early education, and as parents on a waiting list eagerly knock on the door. 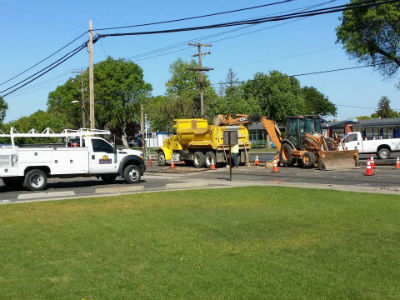 Construction from the church, with the high school in the background.

The need is tremendous. More than 50 percent of families and 55 percent of children are on MediCal, the state’s version of Medicaid. Quality, family-focused childcare is hard to come by. First Church of God is filling the void and creating a hub of education, both academically and spiritually. But as the demand has increased, the capacity of the preschool—an Air Force base barracks remodeled for their purposes—has fallen short. When a vision was cast almost two decades ago for a new building, major donors came forward with nearly 70 percent of the cost. Unfortunately, fifteen years passed as the church and school fumbled over regulations, the remaining funding, and other obstacles. The community began to wonder if the construction would ever begin. 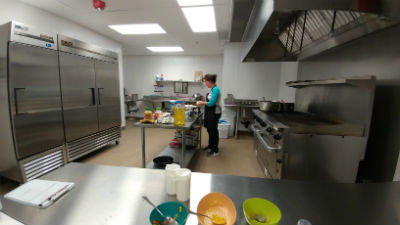 Bill Barkman, senior pastor of First Church, determined that enough is enough. “God spoke to Moses and said that he heard the cries and complaints of his people—he was going to take action,” Pastor Bill explains. “The Holy Spirit was saying to me, ‘These people cannot afford to sit. They cannot continue to stagnate.’ The community was looking at the church as a people who couldn’t get things done. Our church couldn’t afford another misstart. God had given them more than half of what was needed as fact—money in the bank—and was only asking faith enough for a portion of the project. When a pastor hears the complaints of her or his people long enough and prays long enough, God just might say, ‘Okay, let’s show them how to walk in faith and get this done.”

The expansion of the preschool will allow up to twenty-four infants and toddlers, seventy-five preschoolers, and at least seventy-five after-school students. Bill reports that this expansion represents a doubling of the church’s reach. While the preschool feeds students with a solid foundation into the school system where they ultimately touch the high school community, they’re not forgotten when they’re older, either. The church’s relationship with the high school is no accident, and it’s proving a mutual blessing. 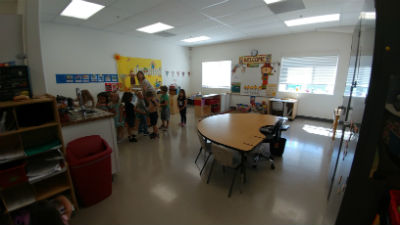 Children and teacher in one of the new classrooms.

“We have served thousands of students over the years through our youth group,” Bill explains. “We’ve had up to fifty students at our youth meeting at one time, and only twenty might be from church families.” During the school year, the church offers a “restaurant-quality” breakfast for up to 140 students on the first Thursday of each month. On Thanksgiving Sunday, the church rents the school cafeteria to serve the community a meal in a nonthreatening environment. Everyone benefits, and the community is taking notice.

“The church can often be nothing more than background noise to people who drive by the property,” Pastor Bill reflects. “But people are knocking at our church’s door. That’s a good thing. That’s a God thing.”

In Atwater, California, across North America, and around the world, God is on the move in the Church of God. Join the movement. Reach our world. Donate today at give.jesusisthesubject.org.