Throughout history, sincere followers of Jesus have been at the forefront of justice. Though persons professing to know Christ haven’t always reflected the heart of God accurately, those walking in the way of Jesus can be found doing the hard thing, standing up for what’s right, walking alongside the overlooked and oppressed, implementing important reforms, all while proclaiming the kingdom of God. Among our local churches actively embracing the mission are the four universities of the Church of God movement. One way they connect annually with their communities is by honoring the legacy of the late civil rights leader, Dr. Martin Luther King Jr.

Anderson University has a rich history of creative and meaningful observances of the MLK holiday, celebrated each year on the third Monday of January. One of their longstanding traditions has been a Peace and Justice March over the historic 8th Street bridge not far from the campus in the city of Anderson. Students, professors, and staff from AU regularly joined the local community for the brisk walk outdoors as they waved flags and banners that echoed the message Martin Luther King Jr. sought to communicate during the American civil rights movement. Though the COVID-19 outbreak necessitated modifications to the in-person event in 2020 and this year, the need for the event hasn’t waned.

In a recent article for Anderson University, the director of the Cultural Resource Center offered some perspective on “A Million Steps for Martin,” a virtual walking challenge issued to AU and local community. “We’re doing this event again because it was successful last year, and we’re hoping that even more people will participate in it this coming year,” said Brian Martin. “For those of us who register, we believe it serves as a practical reminder that if we want to be involved in seeing Dr. King’s dream become a reality, we need to take steps toward it every day by loving one another the way Jesus loves us.”

Anderson University held other events to mark the holiday this year, including inviting Geremy Dixon, noted pastor of Center of Hope LA in southern California, to address the student body for their MLK chapel.

Over the years, Mid-America Christian University has honored the legacy of Dr. King in a variety of ways, and this year is no different. The Oklahoma City MLK Day Parade is an annual event that takes place on Martin Luther King Jr. Day, and proved an opportunity too important for MACU to pass up. The school wasn’t interested in showing support by attendance only, however; MACU opted to participate in the parade by entering their own float. The invitation was communicated clearly to the MACU community: “All students, faculty, and staff are encouraged to participate in walking/riding alongside the float….”

In Florida, Warner University once again dedicated a chapel date on their calendar for the purpose of not only worshiping the Lord, but also honoring the message of Dr. King. Their chapel during the week of the holiday was set aside as their “MLK Chapel,” at which the resident director of Holland Hall, Courtney Chatman Burford, would offer a timely and applicable message.

Numerous local churches, individual residents, and even businesses annually set aside the holiday—or an adjoining date—to devote to community service. In fact, Warner Pacific University has been known to observe a Day of Service on select days throughout the year, including the Martin Luther King Day Jr. holiday. The Portland-area event has been known to be the largest MLK Day event, and has drawn together other universities, as well, for a common cause. One of the recent observances promoted by Warner Pacific encouraged students not to consider the third Monday of January as yet another vacation day to sleep in and play video games. “Join us for a day on, not a day off, to get involved in your community and celebrate MLK’s legacy of service and activism,” the promotion stated.

The above account only scratches the surface of how our Church of God schools have observed, and continue to observe, Martin Luther King Jr. Day. Among our universities and churches, there is so much to celebrate. God is always up to so much good. Let us know about a story of God at work in your local church (or on your campus) by filling out this simple form: https://cgm.formstack.com/forms/sharethestory. 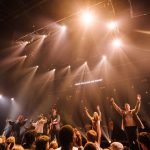 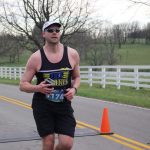 Marathon Minister Makes Great Strides on the Track, in the PulpitAll Church of God, CHOG, Southeast