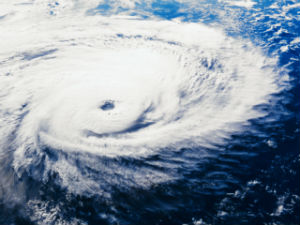 **Update as of Wednesday, September 5, 2012, 10:30 AM EDT: Good news! Latest information from our regional pastors and overseers along the Gulf Coast has indicated that damage from Hurricane Isaac has not been as severe as anticipated. The primary cause of damage has been flooding. State leaders are working with local congregations to assess the need for assistance. We are still in the process of identifying the churches that have been affected by flooding. Further assessment will determine if work teams will be needed. A final update should be available by next week.

*Update as of Friday, August 31, 2012, 9:00 AM EDT: Little or no new information is available from our regional pastors and overseers along the Gulf Coast. Damage may not be assessed until early next week. New information will be communicated as it becomes available.

Original report, Thursday, August 31: Seven years ago, Hurricane Katrina devastated the Gulf of Mexico region of the United States, most notably, New Orleans. On Tuesday night, August 28, countless families in Louisiana, Alabama, and Mississippi felt the devastating effects of Hurricane Isaac. Early reports estimate the number of lives affected in the millions. More than a million people are without power in five states across the South, and many homes are under water, as much as twelve feet in the hardest hit areas. Numerous families are in need of shelter and supplies, and the Church of God is responding.

“We don’t have any people in danger of losing their lives to the flooding,” Stephen Nelson, regional pastor and overseer for the Louisiana Assembly of the Church of God, explained. “But it looks like we’re going have a tremendous loss of property when all is said and done.”

The situation is being monitored, and more information will be available in the coming days once damage can be assessed. However, it is too early to determine the specific need for work teams. Nelson reported that it may be several days before floodwaters recede; therefore, it may be several days before areas hardest hit will be accessible. “If volunteers come now, they’re just going to sit and wait because they can’t get down there,” he explains. “Even the power companies can’t get down there right now.”

Dale Fontenot, chairman of the Louisiana General Ministries Assembly, explained that a new pump system in New Orleans has held up well against the storm, but many areas to the south couldn’t avoid the rising waters. He explained that the Church of God in Metairie may have sustained flood damage, but members of the congregation are safe. More details on the damage to this church and others affected by the storm are expected to emerge over the next few days.

Please pray for those affected by Hurricane Isaac. If you would like to tangibly support the relief effort, please consider a contribution to Disaster Relief. Click here to donate online, or send your donation to Church of God Ministries, Attention: Disaster Relief, PO Box 2420, Anderson, Indiana 46012. Be certain to clearly designate your gift to Project #45.04502. For more information, contact Don Smith at DSmith@chog.org or 800-848-2434, ext. 3047.