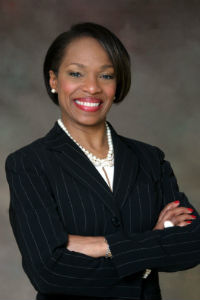 “Sixty years ago, Rosa Parks sat down so I could stand up today.” Pastor Rochelle Robinson’s words reflect a strong sense of both gratitude and accomplishment for her historic win. She never set out to make a name for herself or capture the attention of the national media. All she wanted to do was serve God and her community. But when the votes were tallied in the runoff election on December 1, Rochelle Robinson became the first African American and first female ever to be elected mayor of Douglasville, Georgia. 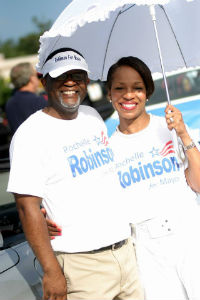 Rochelle and her husband Jeff are co-pastors of Total Renewal Church of God in Rex, Georgia. She is a product of the church, unwilling to check her identity in Christ at the door of City Hall. “My faith is the blueprint for my life,” she explains. “I try to live by the Word of God as best I can. I treat people how I want to be treated. Politics is just an extension of what I do in the church.”

From her earliest days, Rochelle remembers her parents being involved in the community. Whether marching for civil rights, or petitioning for the disenfranchised, Rochelle’s family modeled for her a faith that influenced civic involvement. As she continued to mature in the faith, she became more involved in church activities that would propel her into higher positions of service. “As a twentysomething young adult, those experiences built in me the confidence to know that I can do all things through Christ who strengthens me,” she explains.

On the heels of her historic political victory, Rochelle hopes that a message of opportunity spreads. Throughout the campaign, she encountered elementary and middle school girls enchanted with a woman—especially an African American woman—running for office. “Sometimes you’re in an Esther position—for such a time as this,” Rochelle reflects. “People are seeing that women can do anything. They can soar. They can have a family and still be involved in the community. There are so many negative images on television. But African American girls especially can look at me and know we have a brain, we can make decisions, and we can impact the community. I want to be that kind of positive influence.” 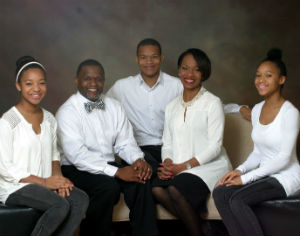 Her victory is also encouraging perseverance. In 2011, Rochelle ran for mayor for the first time. Though she came out ahead in the general election, fewer than a hundred votes cost her in the runoff. For a time, Rochelle questioned God in prayer. All along she’d felt the tugging of the Spirit toward running for mayor. Following the loss, she thought she was done running for mayor. But driving down the street one day, focusing her eyes on a billboard that communicated the message of 2 Chronicles 7:14, she knew she had to try again. “Maybe in 2011 it wasn’t so much a denial as it was a delay,” Rochelle reflects.

Today she’s rejoicing in God’s perfect timing. “I wasn’t thinking that I wanted to be the first black or the first female mayor of Douglasville,” Rochelle explains. “I just wanted to make a difference. I recognize that I’m African American, and I am proud to be one. But I really just want to go wherever God tells me to go. It just shows what God can do through ordinary people to do extraordinary things.”