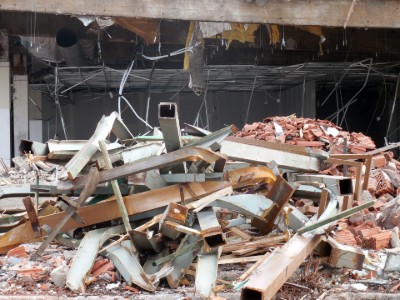 Celebration of the risen Christ ended early and abruptly on Sunday, April 21, in Sri Lanka, as the deadliest violence in a decade devastated the island country south of India. More than 300 people were killed and another 500 injured in a series of bombings that struck churches and hotels in the cities of Colombo, Negombo, and Batticaloa. As investigations continue, the Church of God fervently prays for the injured, families of victims, first-responders, and churches affected both directly and indirectly. Steven and Peggy Beverly, missionaries for Global Strategy to Sri Lanka, were just beginning their home assignment at the time of the incident. Their updates on the situation reveal their broken hearts. They would prefer to be with the suffering people they’ve come to love than safe in the U.S. right now.

“Two of these blasts were in Negombo, where we live,” they posted on their Facebook page shortly after the bombings took place. In communication with Andrew Gale, executive director for Global Strategy, the Beverlys explained that one of the churches attacked, St. Sebastian Church, is very close to the housing complex where they live in Sri Lanka. “This is why [Jesus] rose from the dead,” Steven posted later on Easter Sunday, “to give life to those who are living dead lives,” referring to the absence of love and life that would drive anyone to commit such crimes against humanity. “We’re ready to go home now—to Sri Lanka,” he confessed.

It’s no wonder. The Beverlys were appointed as missionaries to Sri Lanka for the Church of God in May 2014 and, since then, have gotten to know and love the people and the land. The congregations there have become like family and, right now, their family is enduring tremendous pain and loss.

“I can’t look at the news reports anymore,” Steven reflects. “My heart hurts too much.”

Sri Lanka is a country of 22 million people. One percent consider themselves Christian. Among other roles in the Church of God, before Steven and Peggy embraced the call to missions, he’d served as writer and editor for national publications and she served in the Global Strategy office. Over the years, they’ve accepted short-term mission assignments and, following much prayer, heard God’s call to Sri Lanka. In light of recent horrific events, the Church of God is all the more grateful for one couple’s willingness to go where the hope of Jesus is so desperately needed.

In a statement released on Monday afternoon, Andrew Gale urged the Church of God, “Please join us in prayer for the Church of God in Sri Lanka and all those affected by these terrible acts of violence.”

Thank you, Church of God, for your prayers.

Learn more about the work of the Beverlys and discover opportunities to support their ministry at https://www.chogglobal.org/team/spbeverly/.