Church of God Ministries is pleased to welcome three new faces to its staff team. Two have accepted positions with Leadership Focus and the third with our Advancement team.

Leadership Focus is one of the General Assembly’s most significant initiatives, defining the pathway for preparation for ministerial credentialing in the Church of God. Adopted by the full General Assembly in 2017 (after four years of review and the development of a new Credentialing Manual for the Church of God by an exceptionally diverse table of Church of God leaders elected by the Assembly), Leadership Focus unites the Movement with common core language, content, and relational development for its leaders. Hundreds of pastors have completed the training; hundreds more are in the pipeline.

Jeannette Flynn serves as part of the Church of God Ministries team in the role of Executive Director of Leadership Focus. She helped craft the program in the beginning and has been the visionary and steady hand helping it to grow. She has played a foundational and singular role bringing it to life and adapting it over time. Church of God Ministries is the office of the General Assembly, charged with delivering Assembly mandates (like Leadership Focus). Leadership Focus is a living, dynamic initiative, constantly listening to and speaking into the Movement’s hunger for leadership development and future.

The program has mushroomed in recent years, expanding exponentially. Jeannette works with a large field of coaches, cohort leaders, and administrative and development teams, drawn from every quarter of the Movement. The assignment is huge.

She has longed to bring new leadership alongside, at the top of Leadership Focus staff, to learn the ropes, get into the weeds, but also to help cast new vision. She knows that she will need to step aside eventually from the driver’s seat, as the next chapter of her life unfolds. A careful search for just the right candidate to become Executive Associate Director of Leadership Focus was launched in the late spring of this year.

A search committee was established to help screen and evaluate candidates. Committee members were:  Jeannette Flynn, General Director Jim Lyon, incoming Regional Pastors Association Chair Howard Megill, Louisiana pastor and former member of the Ministries Council Deidre Johnson, and Global Strategy Executive Director Andrew Gale. Each committee member brought a unique and important lens to the process. The committee represented geographic, cultural, ethnic, generational, and experiential diversity. Of note, Andrew (whose expertise is in cross-cultural ministry) came to the search committee because there is substantial and growing interest in Leadership Focus by many of our sister Church of God Assemblies beyond the United States and Canada.

In the end, the decision was made to hire two persons to both serve as Executive Associate Directors of Leadership Focus. They each have a profound sense of calling to the role; both have the capacity to learn, dream, and lead for the Movement’s future.

One is a woman, the other a man. One hails from the West Coast, the other from the East Coast.  One is white, the other black. Both are in their 40’s, informed by success already in ministry and primed for new mountains to climb. Together with Jeannette, they will be a team; starting this week, they will be leading, stretching, and polishing Leadership Focus together. And, when Jeannette someday steps away, they will take the reins. 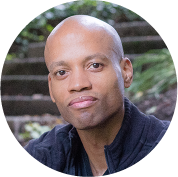 Richard Smith grew up in Baltimore and still calls the city home. He earned a Bachelor of Arts in Sociology at McDaniel College and both Master’s and Ph.D degrees from Temple University.  He now teaches at McDaniel College and holds the position of Associate Provost for Equity and Belonging at the school. His academic expertise includes: African American culture, race and justice, and ethics. Richard is also the lead pastor at The Movement Church of God near Baltimore, a Leadership Focus graduate, and a Chapter 4 Institute Fellow. Widely published and respected, Richard has been recognized for excellence with multiple awards, including the Multicultural Leaders’ Most Valuable Faculty Award in 2015. 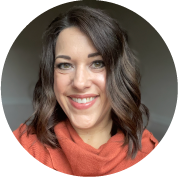 Lori Fast is a third-generation Church of God pastor, growing up in the Vancouver (WA) Church of God. She has earned a Bachelor of Science in Human Development from Warner Pacific University and a Master of Arts in Counseling Psychology from Gonzaga University. She has served as a church planter, an associate pastor, a women’s ministry director, a worship pastor, a Christian counselor and therapist, and chair of a large public school corporation Board of Directors. She has developed a resume of community engagements in other areas, as well, building bridges for the local church to partner in addressing foster care and youth advocacy challenges. Most recently, Lori has spent eleven years on staff at one of our most influential congregations, Centralia Community Church of God in Centralia, WA. She was in the first cohort of the Chapter 4 Institute and has been an active part of the Church of God Large Church Roundtable.

Both Richard and Lori have a deep love for Jesus and the Church of God; both have proved their witness and wisdom true in our church family. Both know from first-hand experience what it means (and what it takes) to lead in ministry, especially the pastoral ministry. Both are articulate, smart, and anointed. They represent a new generational voice, prepared and visionary, to help the Church of God navigate the rapid changes and unprecedented challenges of the present hour and years ahead, while honoring our historic legacy. We could not be more excited to have them on board. Each will work remotely—Lori from Vancouver, and Richard from Baltimore—with routine visits to the Church of God Ministries office in Anderson. 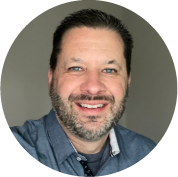 We are also excited to announce the appointment of Mark Fast (yes, husband to Lori) as Advancement Director, serving the General Assembly on Jason McClendon’s Advancement team. Jason is the Executive Director of Advancement.

Mark has established himself as a respected, effective, and catalytic pastor in the Pacific Northwest and across the country for twenty-seven years. He recently felt called to step away from the congregation in which he was raised (Centralia Community Church of God in Washington State) and where he has spent the last eleven years as lead pastor. Before returning home to serve as Centralia’s lead pastor, Mark planted a church in suburban Seattle and was part of the pastoral team in Spokane. In each of these callings, Mark and the ministry flourished. His grandfather, father, and uncle have all been towering figures in the Church of God in the west.  Mark has carried on this tradition in his own right. He has been a Warner Pacific University Board member, a worship pastor, active member of the Church of God Large Church Roundtable, and speaker for countless camps, conventions, and conferences for the Church of God. He also has been a Chapter 4 Institute Fellow. Mark has earned Bachelor’s degrees in Christian Ministry and another in Business Administration, both from Warner Pacific University.

Mark’s wide exposure and relational net in the Church of God, his engaging and welcoming presence, and his superb communication and financial skills perfectly suit him for this new role on Jason’s Advancement team. Mark’s portfolio will span coast-to-coast and north-to-south, but he will be based in Vancouver (WA), even as he travels widely for the Movement.

Pray for these exceptional new General Assembly team members, now serving with the Assembly’s office at Church of God Ministries. Thank God for them and welcome them; celebrate the Lord’s provision for all of us as He further positions the Church of God movement for even greater kingdom impact.