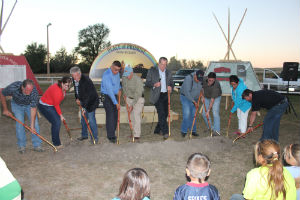 We end up like islands. The enemy of our souls says, “Don’t talk to each other; die where you are—alone and without hope.” Through years of transition and financial difficulties, Native American Ministries unintentionally slipped through cracks. We helped to create the isolation. A lack of resources and support have drained the life out of vital mission efforts here at home—on our own soil. Critical cultural deterioration among Native American tribes has only compounded the challenges faced by our home missionaries, each crying out for you and me to bridge the vast waters that otherwise separate and destroy. This year we confessed where we’ve fallen short and renewed our commitment to Native American Ministries. Church of God Ministries is humbled to announce a relaunch of Home Missions that has already begun to reclaim what hell had stolen.

A Time to Heal

“There was past hurt from Church of God Ministries. A sense of abandonment. That we had left them out there to die,” Handel Smith, chief domestic officer explains. “We contributed to that sense of abandonment. So we apologized. It was an ice-breaker, because they thought we were coming into let everybody go.” Nobody was to be let go. The Holy Spirit directed each step of the journey that led to meetings of true reconciliation in South Dakota at the end of the summer. “This was really about rebirthing a new life cycle for the entire home missions strategy, which will also include a new emphasis on urban missions,” Handel explains. 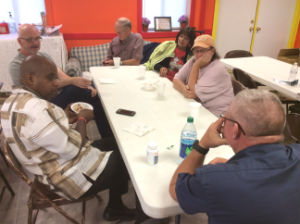 The enemy wins when conflict goes unchecked. In an era of bold reclamation in the Church of God, it was absolutely necessary that all affected parties be given a voice at the table, and time to heal. Chris Cottrell, husband of Ohio Ministries State Pastor Esther Cottrell, specializes in facilitating this kind of healing. Because of his extensive background in church peacemaking and conflict resolution, he was brought in to mediate. “Church of God Ministries had been out of the picture of home missions for a while,” Chris explains. “We’re sorry we’ve been gone, but we really do want to reconnect and have a better future for everybody. So we delved into a lot of issues of communication and addressed action steps and goals, including weekly accountability meetings. There was confession. There was forgiveness. And now we’re all expecting to excel together in this for Christ.”

A Time to Strategize 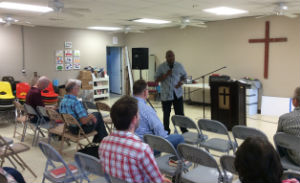 Reconciliation was foundational to all that would happen next. But without next steps, ministries nearing the end of their life cycle would still die, though in peace. Part of healing requires a commitment to do things differently. Exchanging insight and tools with Global Strategy, the Domestic Ministry Team set in motion a plan to add structure to the way in which home missionaries are recruited and cared for. “Global Strategy has a system that’s already working,” Handel explains. “Why reinvent the wheel?” This summer, the American Indian Council received that customized strategy with overwhelming support.

Operational guidelines are being put in place to best propel Native American Ministries into a new season of health and growth. Succession structures are in place for incoming missionaries. Financial accountability rests with Church of God Ministries. Personal needs of the missionaries are not being ignored. In fact, one Spirit-prompted gesture addressed that very issue.

A Time to Trust

Two of our most faithful missionaries on the home-front are Shelly and Barry Bentley of Allen, South Dakota. Due to years of isolation, minimal funding, and lack of support, ministry had begun to take a serious toll on their lives. In a region of the state that many have said resembles the conditions of a third-world country, the Bentleys and our other missionaries to Native Americans have dealt constantly with a culture marked by alcoholism, depression, and suicide. Moved by the Holy Spirit during these meetings, the state assembly offered six thousand dollars to allow the Bentleys a series of opportunities for rest over the coming year, including a three-month sabbatical. Scott is enthusiastically on board with what Church of God Ministries is doing in the region, and is ready to take on a new leadership role for Native American Ministries.

“It broke my heart, because in the nine years the Bentleys have been there, they’ve very rarely left their property for more than a few hours, and never together,” Scott explains. “So they’ve almost been prisoners to their mission for nine years. There is so much need and so much hurt. They’re too close to us not to do anything about it. All of this is a new journey for me, but it is exciting.” 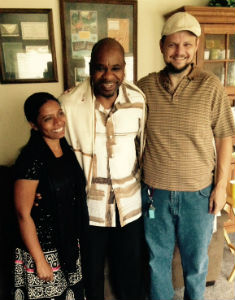 Father southwest in the community of Wounded Knee, more encouraging developments have emerged. Home to the Place of Promise—a project underway to ultimately house a recreation center, classrooms, and offices for the benefit of the community—Wounded Knee was also the site of one of the meetings of reconciliation. Pastor Steve Carney of the First Church of God in Germantown, Ohio, had gotten the project underway and raised the support to send missionary Emily Clark to Wounded Knee. Now he believes it’s time for Church of God Ministries to see it to completion. “Part of the problem with suicide rates is that there’s no place for recreation year-round,” Steve explains. “We really felt like we were carrying on the work when Church of God Ministries stepped out. But now with this renewed interest, it was really on my heart to turn it over to Church of God Ministries. I believe they will be able to do with it what we cannot. I am totally excited about this.”

Emily Clark is excited, too. “It is encouraging to have the leadership of the national offices involved in the work the Church of God is doing on the Pine Ridge Reservation,” she says. “I am excited to be a home missionary under Handel Smith’s leadership.”

In an especially exciting turn of events, South Dakota Regional Pastor Michael Smith demonstrated genuine trust in this beautiful symphony orchestrated by the Holy Spirit. Discerning the Lord’s direction for such a time as this, he announced that it was time for the state association to dissolve and its assets to be donated to Native American Ministries. In a merger of unity with the North-Central Region, the state assembly of South Dakota demonstrated enthusiastic support for Church of God Ministries’ relaunch of Home Missions.

From the restructuring to improved communication, to the sharing of resources and training, the new Home Missions impact on Native American Ministries is poised to be huge. In the words of Handel Smith: “This is just the tip of the iceburg.”

Learn how you can get involved with Home Missions and Native American Ministries by contacting Ryan Chapman at RChapman@chog.org.