She posted the video at 12:34 PM on December 14. It was her first-ever Facebook Live video, and she would never have guessed what happened next. In less than twenty-four hours, the video was viewed by more than two million people on Facebook. As of this writing, that number has skyrocketed to 18.2 million. Tamera Wilkinson, executive assistant to Handel Smith of the Domestic Ministries Team at Church of God Ministries, is now known around the world as one who knows personally the power of listening to a still small voice.

The gist: Tamera had gone to the grocery store to pick up a few items for work. As she entered the store, she noticed a homeless man and heard the Lord tell her that the man likes bananas. Tamera also wanted to get him some warm, fried chicken, but the Lord prompted her to only get protein snacks for later use. Through a short series of exchanges with the Spirit, Tamera relented and did not buy the chicken. She approached the man outside and offered him the bananas, protein snacks, and some ChapStick. At that moment, a woman came up behind Tamera and presented warm fried chicken to the gentleman. It was a confirmation to Tamera—and ultimately to millions of online viewers—that we can trust the voice of the Lord.

To date, Tamera’s video has garnered more than 600,000 Facebook reactions and has been shared more than 400,000 times. Some 125,000 comments have been written to the post, and the private messages Tamera has received have been far too numerous for response. Local news and national outlets have picked up the story, and celebrities such as Reba McEntire have shared the video. The famous country artist had this message for Tamera:

Beautiful story. God speaks to us all! Tammy, this is my favorite video I’ve watched. You’re right! We just need to listen and do what he says. So sweet! I love this story!!!! I’m so happy for you to have had this experience!!

Tamera’s video is now on YouTube, Godvine, Viral Thread, and several other blogs and news sites. She’s been contacted for interviews from the 700 Club and other media outlets. Her video has been or is being translated into multiple languages, including Portuguese and Mandarin. Churches from near and far have reached out to her to use the video in their teaching. When the analytics are totaled from various locations on the Internet, Tamera Wilkinson’s video has been viewed more than 60 million times. 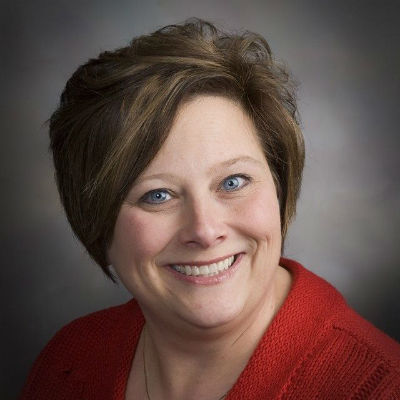 “I got in the car after it happened and started typing it out to post to Facebook,” Tamera recalls. “And it was like God said, ‘Erase it. Today you go live.’ Not in my wildest dreams could I have imagined something like this. I don’t think anybody expects something like this, nor is there any way to be prepared for it.” So, how is she handling all the attention?

“God’s timing is perfect,” she explains. “The video went viral on the 14th, the 15th was a day scheduled at work for prayer and visioning only, and then on the 16th my husband and I left for our already scheduled Christmas/wedding anniversary getaway to the Caribbean. God allowed me to steal away and not be consumed by all of this. For eight days I had no contact with the outside world.”

Of course, not all the feedback has been positive. Insults about her faith and her appearance came in with the encouragement and affirmation. But Tamera takes it all in stride. She believes that, for every negative comment, a seed was planted for the gospel. Furthermore, she received messages from at least two people who confessed to her privately that they had planned to take their own lives that day. Tamera’s video gave them the hope they needed to carry on.

Going forward, Tamera plans to continue to speak to her new audience of more than 36,000 active followers on Facebook with the love of Jesus Christ. This is not about fame or popularity for Tamera. For Tamera and her social media ministry, Jesus is the subject.