Church of God in Nicaragua Takes Steps Forward Amid Challenges 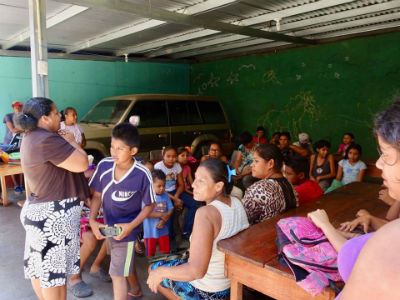 By Jason and Abby Torgeson

An important part of our new role as regional consultants involves traveling to check on the missionaries and projects in our area. For our first such trip, we decided to pay a visit to our neighbors to the north. Guillermo Herrera and his son Lesly are the pastors and leaders of the two Church of God congregations in Nicaragua. They are currently in process of transitioning from being launched by the Costa Rican church and funded by outside resources, to a self-sustaining ministry. The process has been challenging, as Nicaragua is one of the top-three most impoverished nations in the Western hemisphere. As Pastor Guillermo Herrera said, “Our congregation has eighty members. Eleven have jobs, and, of those, seven tithe.”

Despite the challenges they face, we were blown away with the work they are doing in their communities, with the lives that are being transformed, and with the leaders that are emerging from their congregations. One young man from Lesly’s church shared his story of exiting the world of gang violence, drug abuse, and glue-sniffing to becoming salt and light among his former peers.

As we heard the Herreras’ heart for outreach, we also had the opportunity to see the Jinotepe feeding program in action. Three times per week, kids gather under a covered area while Guillermo’s wife Juanita shares from the Bible. The food is simple but good, and, even more importantly, the children come away nourished in body and in soul. To support this feeding program, click here.

Although Nicaragua has been a largely peaceful country over the past couple of decades, years of poverty and oppression have led to tension simmering below the surface. That tension exploded the weekend we were there, as student protestors demonstrating against reforms to the health care system clashed with government forces. Some accused the government of planting violent activists in order to give the police an excuse to crack down. 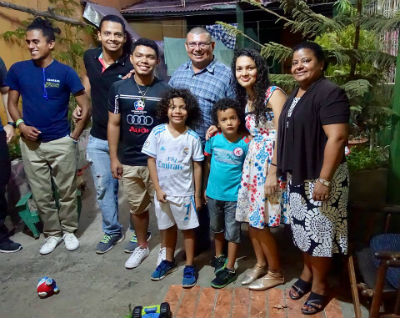 Whatever the exact cause, violent clashes erupted in several cities, including Granada and Jinotepe, where our churches are located. On Sunday morning we woke to the smell of smoke and later learned that two buildings were burned to the ground overnight. The church buildings were unaffected, but the youth were nervous, as many of their peers had joined the protests. The leaders wisely told the teens to stay away. They said, “The change we most need is a change of mindset. Too many of you are more than happy to run to protests, but you don’t want to come to prayer. What we need to do right now is pray.”

We must confess that we were a bit relieved to board the plane at the end of our trip and return to Costa Rica. Josiah seemed relieved that he wasn’t going to hear more “booms” (small mortars) at night. Still, we left with heavy hearts, knowing that the problem isn’t over for our brothers and sisters in that beautiful country. The protests have continued to escalate after that violent weekend. Several dozen have died, so we ask you to pray fervently for God to bring resolution to the ongoing struggle. We also ask you to pray for the Herrera family as they work hard to minister every day to a people desperate for a word of hope and a taste of the Bread of Life.