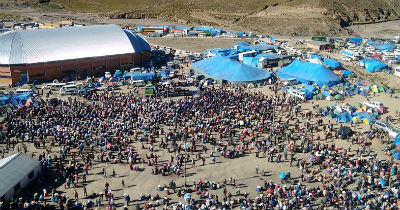 A report on the “220 Challenge”—Desafío 220 in Spanish—presented to the 2017 Inter-American Conference (IAC), a representative assembly of the nineteen countries in the region, suggests that the Latin American church has grown by nearly one-fifth since 2011.

“Data collected from national leaders reveal that the Church of God has planted 97 churches in the region since launching the 220 Challenge at the IAC Conference in Paraguay in 2011,” said David Miller, regional missionary to Latin America. “Also, IAC countries report a collective increase of 11,972 in weekly attendance. These figures indicate an average growth of about 19 percent in the past six years.”

The most reliable statistics available show a gain in local congregations from 742 to 839. Regional membership has increased from 49,181 to 61,153. A portion of the increase is likely the result of “transfer growth,” as people who are already following Jesus change from one local congregation to another. And while new churches are being planted, some others may be dwindling or dying. “Nevertheless, the stats show that the Church of God in Latin America is headed in a healthy direction,” Miller said. “That’s the good news.” 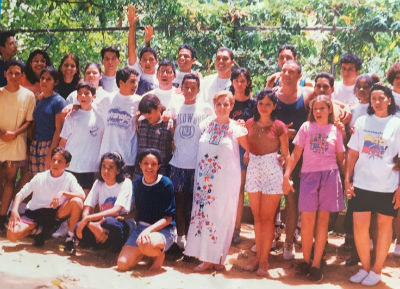 The 220 Challenge asks every Church of God believer to commit to help plant two churches and make 20 disciples by the year 2020. To date, Christians in 12 of the IAC’s 19 member countries have accepted the Challenge.

“We launched the 220 Challenge at the beginning of this decade to highlight the biblical purpose of the church: to make disciples of all nations in obedience to the Great Commission of Jesus,” Miller explained. “Our objective is to make church planting and disciple-making the central pursuit of the church of God in the 21st century, just as it was for the church of God in the first century. If that happens, we think it will lead to genuine kingdom impact on our communities. Don’t forget those early Christians ‘turned the world upside down,’ according to impartial, contemporary witnesses.” 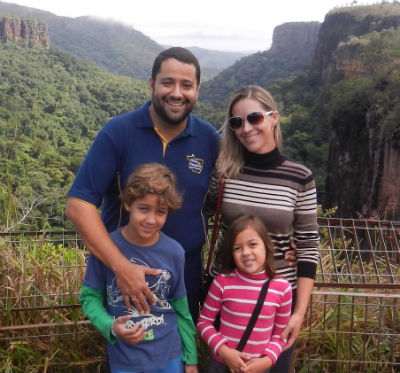 Among Latin American countries registering significant advances in recent years are Brazil, Colombia, Costa Rica, Guatemala, and Paraguay. The Northern Region of Brazil (Amazonia) has planted, on average, one new congregation every year since 2002. The Northeast Region (Natal) reports strong membership gains since adopting a strategy to train lay leaders to form discipleship groups in their homes. In southern Brazil, the Troas Network (Rede Trôade in Portuguese) has sparked a growth spurt through preparing and coaching church planters, and then deploying them in strategic communities. Costa Rica reports a 30 percent increase in churches and attendance in the past five years, an unprecedented growth curve for the Central American nation. Other countries reporting strong growth include Colombia (particularly in the state of Putumayo), Paraguay (Encarnación and surrounding areas), and Guatemala (among indigenous people groups).

Cochabamba, Bolivia, hosted the 2017 Inter-American Conference during Holy Week. The venue gave international visitors the chance to attend the Bolivia national junta (camp meeting) in Chacarillas following the conference. With more than 250 congregations and house churches, Bolivia is the largest national movement of the Church of God in Latin America.

Updated information on the 220 Challenge and general news of the Church of God in Latin America, in Spanish, may be found online at www.latrompeta.org.