Church of God in Barbados on Cusp of Turnaround 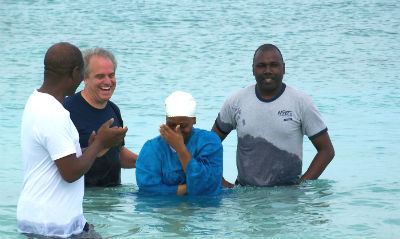 The Church of God enjoys a rich heritage of ministry in the island country of Barbados. Over time, however, new growth has waned and demographics have shifted to the middle-age and senior adults. But in recent years, signs of new life have begun to emerge. This winter, forty percent of the entire constituency of the Church of God in Barbados attended the closing service of their annual believer’s convention. Knowing they simply could not remain on their current trajectory, pastors and leaders made several important decisions at the conclusion of the convention. The two thousand that make up the eighteen Barbardos congregations are beginning to discover the need for systemic change in their methodologies and ministerial approaches, but most of all, in their relationships.

The prologue of a story only the Holy Spirit could have written actually began as far back as the early 1990s. As a local church pastor then, Church of God Ministries’ Paul Dreger first became acquainted with a native Barbadian named George Foster. George had pastored for a season in New York before returning to his home country. Accepting George’s invitation to visit Barbados, Paul ended up leading numerous work camps to Barbados. After he became the regional pastor for Tennessee, Paul’s international travel ceased for a time, but the close bonds that had formed remained intact. 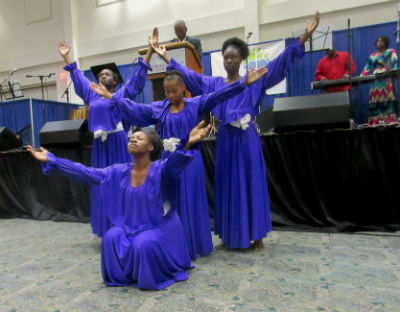 Photo: Worship dance at the convention in Barbados.

As providence would have it, the door opened once again to a growing relationship with Barbados when Paul Dreger became the national coordinator for SHAPE—Sustaining Health and Pastoral Excellence. Another native of Barbados and pastor in New York, Jeff Bannister understood the power of healthy relationships in the Church of God and what SHAPE could do to facilitate such relationships. Jeff became part of the national training team for SHAPE, and Paul and Jeff ruminated on the potential impact SHAPE might have on Barbados. Talks with Barbadian leaders began in 2013 at the Global Gathering where SHAPE was discussed, and in 2014, twenty-five Church of God leaders from Barbados met at Solid Rock Church of God in Kissimmee, Florida, for a three-day intensive training experience. At the training, SHAPE was once again introduced as a launch pad for growing healthy, relationship-oriented churches. Through these years, Solid Rock’s pastor, Whitfield Blenman, and Jeff Bannister of Grace Church of God in Brooklyn, continued to champion the health of the Church of God in Barbados.

In 2015, Jeff Bannister’s brother-in-law Lennox Boyce accepted the position of chairman of the general assembly of the Church of God in Barbados. Lennox not only invited Paul to lead a conference, but also brought him the exciting news that it was time to train their leaders to help implement SHAPE. Paul and Jeff spoke at the leader’s conference and led the SHAPE training, while Whitfield Blenman was given the opportunity to lead the lay conference. Once again, the Holy Spirit’s orchestration of what was taking place revealed that Paul and Whitfield were both emphasizing the same message—something that the two had not planned. Though Whitfield wasn’t using the SHAPE curriculum, his teaching reflected SHAPE’s core ideas—the centrality of Christ, an understanding of who we are as individuals and what we bring to the table, a gospel understanding of who we are as the body of Christ, and how we can build a healthy, trusting community. 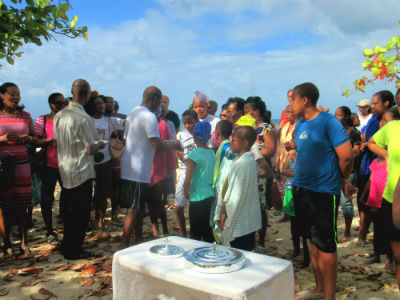 Photo: New believers in Barbados participate in their first Communion.

“So much of what we have done in recent years in the life of the church has been focused on how we do church,” Paul explains. “And so much of what Jesus taught was not about how we do it, but how we are being the body of Christ. Because of that, we’ve struggled, not just in North America, but globally. SHAPE focuses on the doing flowing from our sense of being. It’s a relational approach to life and ministry. And relationships are universal.”

But don’t just take Paul’s word for it. “I am convinced that [SHAPE] will bear much fruit and assist us in developing significant relationships among our ministers,” Lennox Boyce writes. “We are very excited about what the future holds…”

Vasco Perry agrees. His excitement for how the Lord will use SHAPE to transform the Church of God in Barbados is palpable. “The times of sharing were rich and meaningful,” he recounts. “I am confident that once we as leaders start practicing what was preached and taught, the turnaround…will begin.”

Monthly online training for SHAPE in Barbados is scheduled to take place through the year, culminating with the launch of the first cohort in Barbados near year’s end. Though the story of relational transformation in Barbados really began in the early 1990s, God brought just the right conditions together at the just the right time to bring him the most glory. Good things lay ahead for the Church of God in Barbados. Please keep them in your prayers.

Were you blessed by reading this story? Support the ongoing work of Church of God Ministries with your gift to the World Ministry Fund at https://www.jesusisthesubject.org/world-ministry-fund/. Learn more about SHAPE at www.JesusIsTheSubject.org/SHAPE.