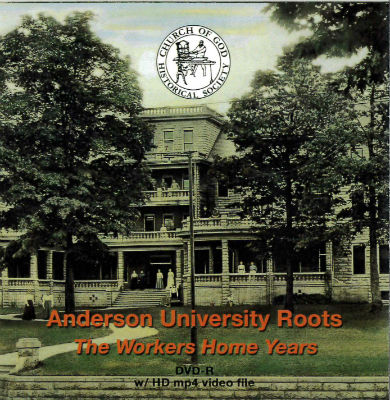 Several Church of God pastors and lay leaders arrived in Anderson early for the June Regional Convention to watch a special pre-screening of a new film. A few weeks later, the Historical Society of the Church of God was excited to announce the release of Anderson University Roots: The Workers’ Home Years (1906–1918) on DVD. The film documents stories of the early days of the Church of God as early leaders settled in Anderson, Indiana. Unlike From Heaven to Earth and other historical snapshots of the movement’s history, this new offering virtually transports the viewer to the present-day campus of Anderson University and shows exactly where our pioneers trod. Fascinating, thought-provoking, and inspiring, this new film about a portion of our history speaks life into our future by revealing a mighty God who is the same yesterday, today, and forever.

As Anderson University celebrates its centennial over the next year, this new film is just one timely resource for the Church of God—as is the new book by Merle Strege. But it’s not just a memento for alumni of the oldest Church of God university. If you’re a part of the Church of God, this is your history. These are the stories of your spiritual family. They date back to before the school was ever established, stories of miracles, perseverance, courage, as well as challenge and conflict. These were men and women who accepted no salary for their work, but they were undeterred. The endless hours laboring in all kinds of weather to construct massive structures to fuel the ministries of the Church of God were a gift to the Lord. 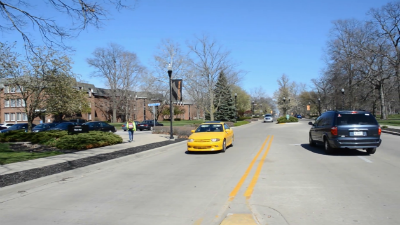 Photo: In the film, this present-day scene of University Boulevard on the AU campus transitions to show exactly where the activities of our pioneer leaders took place.

Fifteen years in the making, Anderson University Roots is the product of meticulous research conducted by those in the Historical Society, especially Dale Stultz and Doug Welch. Books like The Gospel Trumpet Years and Old Main were also produced in recent years out of the wealth of information unearthed by these historians. This film was the culmination of several years of dreaming of a product that could share the story of the early days for those who may not sit down and read a book. With technical help from colleagues and narration by former AU School of Theology professor John Aukerman, Anderson University Roots blossomed into something sure to be treasured for years to come.

“In the words of the former president of AU, Robert Reardon, the person who forgets their roots becomes an orphan,” Dale Stultz, vice president of the Historical Society, recalls. “They don’t know where they came from or how they got there. We must get to know our roots.”