Church of God Grows Stronger Amid Persecution in South India 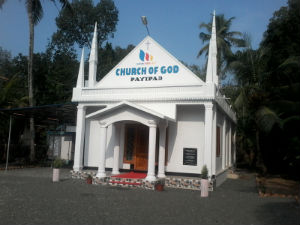 Though Hindu fundamentalism and religious persecution are on the rise over much of India, the Church of God in India rejoices over spiritual and numerical growth. Even while one Church of God leader works on constitutional adjustments to guarantee certain religious freedoms, the persecution persists. But the kingdom of God cannot be shaken, and its advancement has not waned, especially in South India. We praise the Lord for the following report from Johnson George.

Persecution
There is a new government agenda is to reconvert the converted Christians to Hinduism. Their slogan is, “Come back home.” The government is giving financial support to those who go back to the Hindu religion, some of whom are threatened and forced to go back to Hinduism. In South India, most of the believers are converted from the Hindu religion. Pastors have very limited freedom to propagate the gospel, and many pastors and believers were severely attacked by the Hindu people. Please continue to pray for South India. In spite of the persecution, the Church of God is growing stronger.

Dedication of Two Church Buildings
This praise report comes from one of the churches located in a hilly and remote area of Idukki, Kerala, in a village called Kounthi. Believers in that church are very poor, but they worked hard to build this church. Youth members from nearby churches gave physical and financial help to build this church. The church building was dedicated in November. 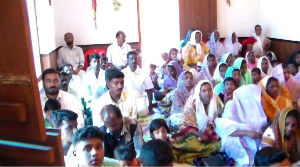 Another church building was dedicated, one that is situated in Payipad, Kerala—one that would replace one of the oldest church buildings in South India, constructed in 1908. They had no money when they planned to build, but they decided to fast and pray for the money to build the church. God heard their prayers, and enabled them to build a new church building, which was dedicated in December! One of the believer took out a bank loan to finish this construction. Please pray for their ability to repay the loan. 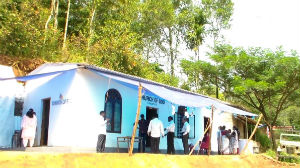 New Church Plants
Our plan for this year is to plant seventy-five new churches in South India! God enabled us to begin three new church stations in three locations during the last two months.

Youth Conferences
Youth conferences were conducted during October and November 2014 in three areas of Kerala, which helped the youth to make new decisions for Jesus Christ!

Pastors’ Conference
We had a pastor’s conference in Kochi from November 24 to November 26. All the pastors attended this meeting, for which we had guest speakers. During this conference, the pastors shared their prayer requests and prayed together, hand-in-hand with one another.

Bible College
Seventeen students graduated this year! We have planned to upgrade the Bible college to offer a master of divinity. We are praying for the ability to purchase more books, to construct buildings (classrooms and a dormitory for students), and to offer monthly financial support for teachers. We are admitting students from all over India!

Camp Meeting 2015
In every session, God anointed all the speakers in a special way. We arranged a prayer chain during the camp meeting, and three to five volunteers were prayed for during each program. One request was for the healing of child named Athira. She could not speak, but during the prayer she became able to speak! During the Saturday night meeting, an evil spirit went away from four Hindu converts to Christianity. Many people were healed and made new decisions during the camp meeting.

Thank you so much for your prayerful support.

Learn more about Church of God missions around the world at www.chogmissions.org.