Neither Mother’s Day nor Father’s Day can be found in the Scriptures. Still, in the Church of God, and across Christianity in the United States and Canada, special honor is often given to these family roles within the service of worship. Of course, it comes naturally for the church to offer such recognition to mothers and fathers in the fifth and sixth months of the year, respectively, as the secular holidays do fall on Sundays. Which segment of society could better support and champion these blessed positions of leadership, provision, and nurture than the church? Whether preaching on faithful fatherly examples in the Bible, offering nifty trinkets on the way out the door, performing baby dedications, or singing the oft-selected and thoroughly debated-as-Father’s-Day-quintessential “Good, Good Father” or “Faith of Our Fathers,” many Church of God congregations are choosing to honor fatherhood while giving glory to the heavenly Father.

OK, so it may be a stereotype, but there surely are a lot of fathers who love barbecue. The Church of God in Worland, Wyoming, knows this, and that’s why they’re planning a “Father’s Day BBQ Potluck” at the nearby park immediately following the Father’s Day morning worship service. “Join us as we celebrate Dad,” Grace Chapel Community Church’s promotion encourages. “Bring a side dish, lawn chairs, and outdoor games.”

Though elementary schools across the country are known for an annual alliterative tradition known as “Donuts with Dads,” sometimes referred to as “Donuts with Dudes,” one Ohio Church is harnessing the successful operation for ministry purposes. “We love dads ALMOST as much as we love donuts!” Defiance’s First Church of God quips. Before their Sunday morning service, they’re inviting everyone to come early and dine on delectable deep-fried, frosted sugary goodness.

In Las Vegas, Nevada, First Church of God is a little more cryptic in their advertising for Father’s Day. While we do know their service will feature a special “guest speaker and Dad,” we aren’t sure of the entirety of their plans based on their general announcement, “Attention all fathers, dads, pops, and grandpas. Join [us] for our morning worship on Father’s Day. We’re celebrating all your wonderfulness and the deep love our heavenly Father has for us! We would love to have you!” No doubt, it will be good!

Trinity Church of God in Huntington, West Virginia, put some forethought into their Father’s Day observance. Just imagine the multimedia display likely resulting from their plans in procurement of pictures of Paw. “We need photos of you and your dad, or if you’re a dad, photos of you with your family. Fur dad, step-dad, foster dad, adopted dad, like a dad, grandpa, etc.” Required by the Wednesday preceding Father’s Day, the pictures representing the dads in their congregation would be compiled into a special video to air on the special Sunday.

Mother’s Day may be well-known for baby dedications, but they can happen any Sunday of the year. Father’s Day is less-known for the spiritual ceremony, but Main Street Church of God in Anderson, Indiana, is one of several to take advantage of the Father’s Day theme to feature the blessed father-child relationship.

How does your church celebrate Father’s Day? Let us know at https://cgm.formstack.com/forms/sharethestory. 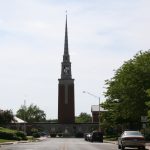 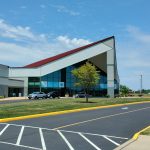