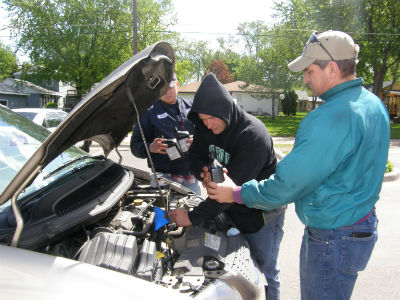 In 2002, “the talks” started. Two churches, only about two blocks apart, in Saint Paul Park, Minnesota, were loving and serving in a strikingly similar fashion, with nearly identical theology and doctrine. The Church of God congregation was without a pastor at the time, and the youth groups had begun to participate in activities together, discovering they were better together than apart. As is often the case, the younger generation set the example, essentially paving the way for who would ultimately follow: the adults! Authors Barry Callen and James B. North had recently written a book about the similarities between the two Christian fellowships, and they’d heard about the possibilities in Saint Paul Park. Joining the meetings and helping foster dialogue, they celebrated when the Christian Church and Church of God congregation each voted unanimously to merge. A decade-and-a-half later, Discovery Community Church is still loving, still serving their community, state, and world for Christ.

The churches are affiliated with both the Church of God and the Christian Church. They see value in being connected with both, recognize the uniquely beautiful heritage of each, and they celebrate the witness of the story still being told today. “All throughout the merger, we used John 17 as our guide,” Pastor Wayne Allen explains. “In 2004, we made it official. We were one. It was the first time ever in the nation that a Church of God and a Christian Church had merged.” Even then, Jesus was the subject. And in their involvement in a community known more for drug use and poverty than opulence, Jesus is who they want to represent each step of the way. 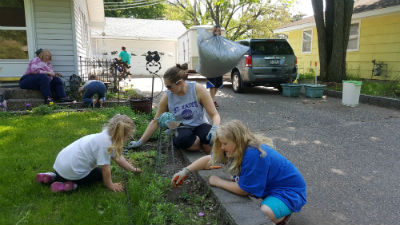 This requires intentionality, though. Wayne says there’s a tendency—a “natural drift”—for people to become inward-focused over time. He’s excited that the church is in the midst of a renewed excitement for outreach. Throughout the year, both the younger generation and the adults are involved in community service.

While their work throughout the year in the community is noteworthy, one annual event is especially so. It’s called the Great Day of Service, and though not always on the same date since it began in 2005, it’s always a date to remember—both for the church and the community. Everything is free, and the public knows it. Free services, resources, and products have been offered: free oil changes, free garage sale, free yard work, and free “fun for your kids while we serve you” are each a part of the whole. “God’s gift of grace is free, so we wanted to offer a free gift to the community, no strings attached,” Wayne explains. “Interestingly enough, people want to give us something, but we insist.”

While cars are being worked on or while parents are shopping, children enjoy face painting, arts and crafts, and a bouncy house—weather permitting. The family-friendly experience makes an indelible impact on neighbors, who look forward to the event year after year. Wayne’s wife Louise is one of many volunteers who have been a part of the Great Day of Service, and is perhaps most touched herself by the reactions of their neighbors who come. 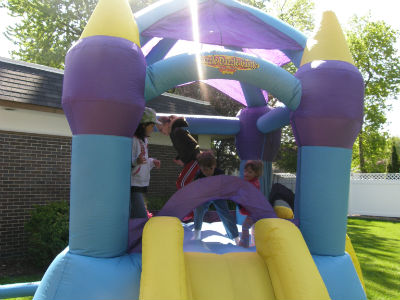 “A few years ago,” she recounts, “one lady came who told a story of how she used to wear dresses but couldn’t afford to anymore. Receiving dresses from the church helped her feel a renewed sense of value among her other family members who could afford quality clothing.”

Another story further emphasizes the role of the Great Day of Service in the community, which will be held this year in the fall. A lady and her teenage daughter, each affected to one degree or another by abusive relationships, were blessed greatly that great day. “They didn’t have dishes or a bed,” Louise explains. “So they got a free bedroom set, dishes, and an oil change. We also had a couple of guys deliver the bed to their house, and the ladies noted that they hadn’t ever been around men before who weren’t prone to random outbursts of anger. Kindness made a huge impact on this family that day. Each year we don’t know who we’re going to touch.”

In Minnesota, across North America, and around the world, God is on the move in the Church of God. Join the movement. Give life. Donate today at give.jesusisthesubject.org.