Over the fourth weekend of February, South Meridian Church of God hosted celebration services commemorating the historic revival that broke out in their midst fifty years ago. Though this year’s special gatherings were limited to two days, the revival, which had roots at Asbury College in Wilmore, Kentucky, began on February 22, 1970, and resulted in meetings every day until April 12. Even after the daily consecutive streak ended, which garnered national media attention, additional weekly meetings persisted into June. While the revival came and went, its impact certainly lives on. For those introduced to Jesus this year by a pastor called to ministry in 1970, or a child learning about the God’s love from a Sunday school teacher saved fifty years ago, or students transformed and sent into the world as Christ’s ambassadors through a school established in the revival’s wake, revival is as alive today as it was then. 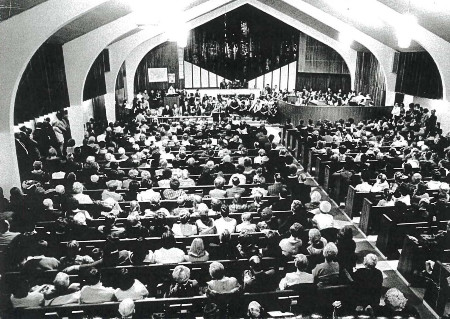 Standing-room-only crowd in 1970 at South Meridian.

A New Wind Blowing!, published by Warner Press, gives a detailed account from South Meridian’s longtime pastor, Charles Tarr, of the 1970 revival and its lasting impact. In short, the revival in Anderson started when a group of students from Asbury College made the trek to Anderson and shared with the congregation at South Meridian all that had happened since revival broke out there on February 3.

Unscripted and unplanned, and without keynote speakers or well-known musical guests, the “revival of love,” as it was dubbed, seemed to take on a life of its own. Thousands of nightly guests from near and far, from churches connected with D. S. Warner and churches that never heard of the man, from government and the society at-large, people everywhere flocked to South Meridian Church of God. They came for services not marked by scintillating sermons, powerful personalities, or institutional presentations, but by confession, repentance, reconciliation, and testimonies to the saving and transforming power of the gospel. Though most of the public activity took place at a Church of God congregation, the Spirit was not leading Pastor Tarr nor anyone else to advance the causes of the reformation movement or spar over doctrinal differences. The Spirit was pointing everyone in the room to Jesus only, and South Meridian would’ve had it no other way. Indeed, Jesus was the subject of the Anderson-Asbury Revival. As Charles Tarr notes in his book, “The one central personality was Jesus Christ” (p. 13). 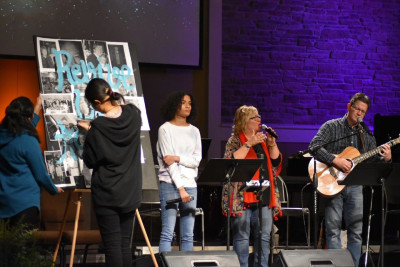 “Revive Us Again” painted on display at 50th anniversary celebration.

“I first heard of the revival when I was a student at Warner Pacific College in the early 1980s,” Steve Wimmer, South Meridian’s pastor today, explains. “Charles Tarr had moved to Portland to pastor Woodstock Church of God and was invited to preach at a chapel service…shortly after beginning my pastorate here in 2018, I gathered a group of the long-tenured members of the church to learn more about the history of the congregation. I placed a large sheet of butcher paper on the wall and drew a timeline and began to note some of their earliest memories of the church. When we had moved forward on the timeline to 1970, it immediately became evident that the revival had had an enormous impact on the people in that room. They shared about their experiences, of course, but they also spoke of how witnessing teams were formed to spread the news in churches far and wide.”

Those witnessing teams would have tremendous impact on areas as far away as Canada and beyond, as pockets of revival began to spring up in cities and towns across North America. Even Church of God Ministries’ own Norma Armogum, assistant to Handel Smith (director of US and Canada Strategy) was saved at a Sunday night meeting in New Boston, Ohio, after a team from South Meridian came to share their experiences. First Church of God in New Boston would go on to have nightly services for a few weeks themselves, and commission witnessing teams, as well. 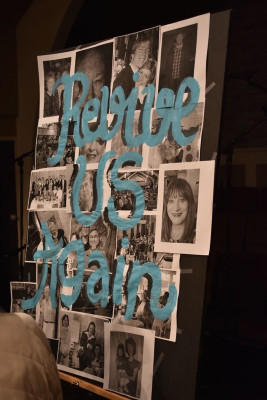 Norma’s account of what happened in New Boston was just one of numerous stories shared this year as South Meridian celebrated the revival’s fiftieth anniversary. Many of the hymns and choruses sung at the revival in 1970 were resurrected for this grand occasion. Following the Sunday morning service, the church’s hospitality team treated about sixty people, who had been part of the revival in 1970, to a meal with extended time for testimony. Pastor Steve explains that their commemorative celebration was more than warranted because they wanted to be “good stewards of the tremendous gift that was granted to South Meridian, the community of Anderson, and far beyond.” But he also underscores the immutability of God whose character and will to revive the hearts of his own continues to this day.

“Believing that God’s reign is breaking forth even now, bringing beauty, love, and joy to our world,” Steve reflects, “we want to orient ourselves to the movement of God’s Spirit right now.”

A School is Born

Dave Harrington will never forget the experience of walking into South Meridian, his home church, during the revival, and feeling his legs “give out.” Like a wave of the Spirit, conviction gripped the heart of this young man who grew up in the Church of God, but never made a personal commitment to Christ. “I went through some of the motions, and even got baptized,” Dave recalls, “but never had a conversion experience until the revival.” At this pivotal moment in Dave’s life, he couldn’t possibly have realized the untold number of lives the ripple effects of his new walk with Christ would touch.

By 1973, Dave and his wife were growing Christians, actively involved in the ministries of South Meridian Church of God. Children’s ministry was their passion, which led them to attend a children’s ministry and bus ministry conference in Illinois with several other prominent Church of God leaders. Among these were David Grubbs and Maurice Berquist, as well as Billy Ball. Each one testified to his experience in reaching children through Christian schools. Dave turned to his wife and insisted they, too, could start a Christian school back in Anderson.

Back in Anderson, Dave and his wife discussed the possibilities in their adult Sunday school class. Several years of discussions and prayer with friends like Vern Petry, Bill Anderson, and Frank Zebedis resulted in the establishment of Liberty Christian School in 1976. In September of that year, 24 students were enrolled, spanning kindergarten through fourth grade. In 2020, Liberty Christian School has about 450 students, 80 employees, 2 campuses, a multi-million-dollar budget, and one of the highest graduation rates—including a nearly 100-percent college acceptance rate—in the county. And, to our readers who are sports fans, their Division 1A boys’ basketball team won the state championship only a few years ago! 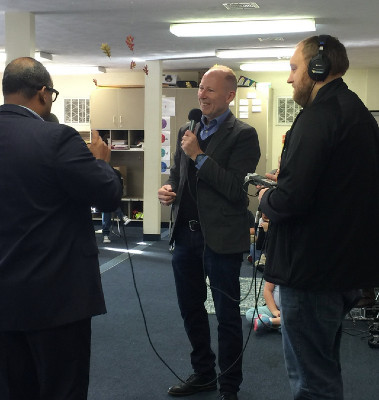 Bob Preston, early leader at Liberty Christian School and longtime teacher to this day, says this nondenominational approach is intentional and an asset to the school. “I believe this strength derives from the same philosophy espoused by D. S. Warner when he said, ‘We reach our hands in fellowship to every blood-washed one.’ This gives us the ability to work in concert with churches and pastors from a wide spectrum of denominations.” 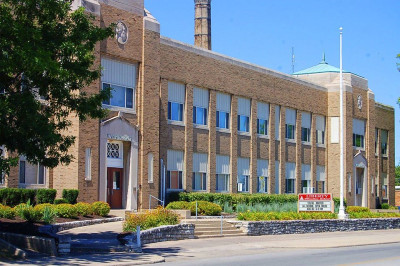 In fact, approximately eighty different churches are represented among the Liberty family. This intentional openness has made it easier to communicate Christ to anyone, regardless of background and in the midst of denominational differences. “In doing so, the Lord has graciously opened the door to be able to lead a number of these students to a saving knowledge of Christ and form a committed relationship with God through Christ Jesus,” Bob says. “I explain that, though we may attend churches of different denominations, the respect that we learn to have for each other is a witness to our society that we are a ‘three-fold cord,’ which is stronger than ever because of our unity within our diversity.”

Jay McCurry, head of school at Liberty, also attended the Sunday morning service of the fiftieth anniversary weekend of the revival at South Meridian. He was blessed by the stories and the singing, too, and reflects on how thankful he is for the church’s role in establishing Liberty Christian School. “There is a real emphasis on those fifty days of revival,” he reflects. “But I want everyone to know that the impact is still happening. The themes of the revival in 1970 are the themes that continue here—Jesus Christ, oneness in the family of God, and partnership with churches across the denominational spectrum. Look what the Lord has done. Look at the lives that have been affected and continue to be affected. We have hundreds of alumni. Their lives, and the lives they touch, will never be the same.” 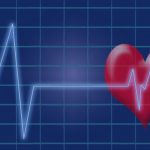 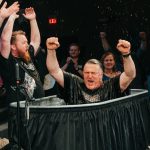