By chogministries
Posted December 20, 2016
In All Church of God, Western
Christmas Outreach Brings Snow to the Desert2016-12-202016-12-20https://www.jesusisthesubject.org/wp-content/uploads/2016/07/ChogLogo-Light.svgChurch of God Ministrieshttps://www.jesusisthesubject.org/wp-content/uploads/2016/07/ChogLogo-Light.svg200px200px 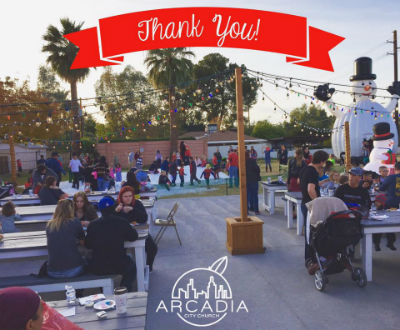 When the mercury was pushing 110 degrees this summer, Arcadia City Church in Phoenix, Arizona, was dreaming about a winter wonderland. They weren’t going to get it from the sky, however; the last time an inch of snow fell in Phoenix was 1937. They also weren’t planning on a two-hour trek up to Flagstaff high in the mountains north of the Valley of the Sun. But they were thinking about hiring a company that grinds one-ton bags of ice cubes into “snow” as the perfect Christmastime outreach for their community.

While most people who visit Arizona this time of year do so to escape winter’s wrath, Phoenicians flocked to the frozen fiesta. “We know that, to people who have tons and tons of snow dumped across their city every winter, this probably seems absolutely ridiculous,” Pastor Michael Fay explains, “but for us desert-dwellers, it’s what you have to do to have a chance to play in the white stuff!”

Arcadia City’s first-ever Christmas Snow Day also featured free Chick-fil-A sandwiches, hot chocolate, a bounce house shaped like a snowman, and plenty of Christmas music. Nearly five hundred people showed up to the church, which has only been in existence since February. “We wanted to reach individuals in our community and make them aware of our new church gathering, but at the same time, have the chance to meet them in a non-threatening environment,” Michael explains. 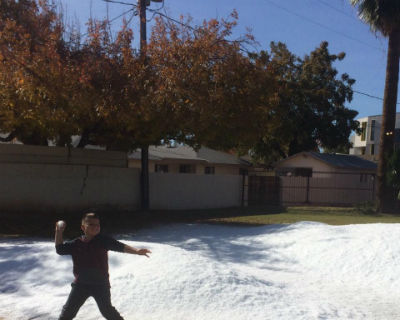 The new church is thankful to meet in the facility of Valley Community Church of God, where they hold weekly services at 5:00 on Sunday afternoons. “We found that a lot of families were open to the idea of attending a church service at 5:00 on a Sunday evening,” Michael continues. “Because we hold our service in the late afternoon/early evening, we decided to use the time to our advantage. This is why, every other week during the cooler months of fall and spring, we have dinners directly following our services. We believe that real relationships form around the table, and it has been such a blessing to see individuals, couples, and families begin to form strong friendships around these tables at dinner following one of our services. Plus, who doesn’t love a free meal? This is a great way to get to know visitors as they stick around for food following the service.”

Looking back over the ten months since Arcadia City Church launched, it is clear that God has been at work. The plant began with thirty-five people from McDowell Mountain Church ten miles away, but now sees a steady stream of people who live in the neighborhood. Many of these visitors have not only continued to come back, but they also have become actively involved in the church. “It has been a blessing to see the church transition from being predominantly our core team of people who helped us plant, to see the church filling up with new faces and families who live nearby,” Michael reflects. 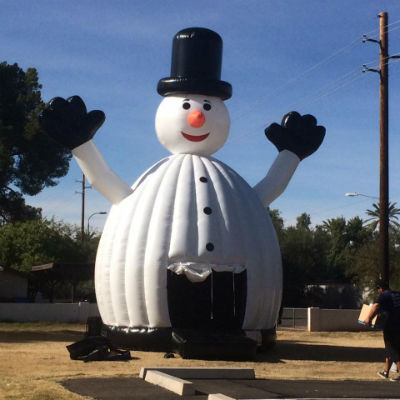 Cody Bracy and his wife Kristen join Michael and Christy Fay to form the leadership team at Arcadia City. They all see the work as a team effort, which is why Michael is not designated as the “senior” or “lead” pastor. Michael and Cody view their roles as co-leaders, and their wives as indispensable partners in leadership, as well. “I know that God has gifted me in a few different ways to lead this church,” Michael explains. “However, I also know that there are a number of areas of leadership that I am not gifted in. It has been so amazing to see how God has equipped Cody, Christy, and Kristen in areas of leadership that make up for where I lack as a leader. Because of this, we seek to lead this church as a team, leaning into the strengths God has gifted each one of us with. This model has worked wonderful for us because of the deep friendship between us and the Bracys. We know that there are challenges to this leadership model, and we know that this model doesn’t make leadership easier, but we believe that there is something uniquely healthy about this model, and we’re excited to see how God uses it in the life of our church.”

Michael, Christy, Cody, and Kristen can’t wait to see how God uses Arcadia City Church to reach the Arcadia neighborhood of Phoenix with the Good News. And that’s way more exciting than snow in the desert.