CHOGvoices—Why You Can Believe in Jesus’ Resurrection

By chogministries
Posted April 16, 2022
In All Church of God, CHOG, Columns, Op-ed
CHOGvoices—Why You Can Believe in Jesus’ Resurrection2022-04-162022-04-13https://www.jesusisthesubject.org/wp-content/uploads/2016/07/ChogLogo-Light.svgChurch of God Ministrieshttps://www.jesusisthesubject.org/wp-content/uploads/2022/04/canstockphoto90487175_for_easter_op-ed_adj.jpg200px200px

In the scientific age which we live in, we can find ourselves reading scriptures with a hidden sense of superiority. We read about the individuals who lived during the time of Jesus, and we are tempted to see them as simple-minded folks who found it easy to believe that someone was physically resurrected.

Yet, that is far from true. In regard to the concept of a bodily resurrection, every class of people living during the first century were strongly inclined to disbelief. The Romans were primarily influenced by the Greek philosophers who argued strongly against the possibility of an actual bodily resurrection. Plato had settled that issue 300 years before when he argued persuasively that death was the release of the spirit from the body, which was inherently evil. For Plato, the physical body was unredeemable, needing to be destroyed rather than raised again. In fact, you may recall the sermon the Apostle Paul preached in Athens recorded in Acts 17. There on Mars Hill among their idols, Paul talked to that primarily Greek audience about God, and they listened to him, until he mentioned the resurrection, to which they responded with ridicule. 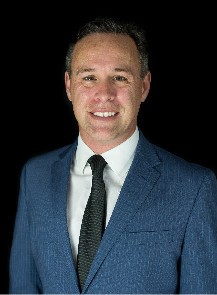 The disciples did not believe that Jesus would be resurrected when they said, “We go away to fish” (John 21:3); and the women who were the first to arrive at the empty tomb were not looking for a resurrection when they brought spices to anoint his corpse. In the first century, the idea of a bodily resurrection was as strange to them as it might be to you. For them, Jesus’ resurrection could not happen, and they would not believe that it was possible. Yet, when confronted with the irrefutable evidence presented to them by the resurrected Jesus, the apostles and other disciples spent the rest of their lives traveling the world preaching that Jesus physically rose from the tomb.

When they preached, they were often beaten. They were thrown in jail. They went hungry. They went broke. Peter was crucified upside down. James was killed with a sword. Another was boiled alive. Another was beaten to death with clubs. There have been people who preached a lie knowing it was a lie, if in doing so they made financial profits or achieved fame or notoriety. Yet, people generally do not preach untruths if every time they preach them they are laughed at, ridiculed, ran out of town, thrown into jail, beaten, or killed. It is contrary to everything we know about human nature for people to knowing lie their way into trouble, and even death! For them, they were preaching facts, not theology. They were reporting the truth, not crafting sermons. For them, it was a reality not a theory.

This month as we celebrate the risen Christ, we remember the sacrifices of the first messengers of the resurrection. Their confidence in the evidence presented to them, in spite of the hardships they endured for their belief, serves to reinforce our faith in the Lord. We celebrate the gloriously resurrected Jesus, and we give thanks for those early heralds who helped spread the word that everything had changed because death had been defeated!

Dr. Nathan Leasure is the senior pastor of First Church of God in Greeneville, Tennessee. He has degrees from the University of North Carolina at Asheville, Anderson University, and Gordon-Conwell Theological Seminary. He is married to Jenny, and they have four children: Ava, Olivia, Maria, and Samuel.

Who is Jesus? Find out at www.jesusisthesubject.org/who-is-jesus. 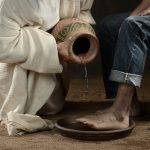 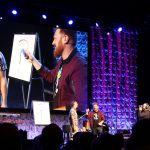