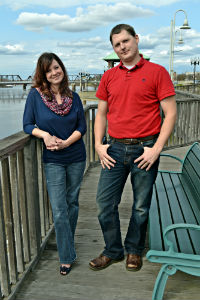 You are not alone. That’s the chief emphasis of Teen Christian Ministries, an organization started by Larry Roy and Leslie Lamb. As today’s teens are struggling with a myriad of issues that threaten to tear their lives apart on a daily basis, TCM is pouring heart and soul into a ministry of hope and healing. Larry Roy is the youth pastor at Liberty Grove Church of God in West Monroe, Louisiana. Leslie Lamb attends North Crossings Church of God in Monroe. Together and, with the help of several young leaders, they form a team poised to prevent suicide and transform young lives with the love of Christ.

In 2010, the region was plagued by suicides. In just six months, thirteen teens took their own lives. During those moments of tragedy, the church community began looking long and hard at how to deal with such a serious issue. But when one of Pastor Larry’s students fell prey to suicide, the issue hit close to home.

“As we began to pray, God impressed upon us the idea of a webcast,” Roy explains. “Since October of that year, my co-host Leslie Lamb and I have done a weekly show with moderated chat to engage teens needing to talk or ask questions.” As the ministry grew, the need for a holistic approach to teen emotional and spiritual health moved to the forefront.

“We know through years of ministry,” Lamb reflects, “that if the enemy can get us to keep our lives, our issues, our struggles, and sins secret, then that is where he will trap us. So in all that we do, from social media interaction, to providing financial aid in counseling, to our weekly webcast, our message is always the same—we want them to know they are not alone.”

While TCM leaders are not trained professionals, they are able direct teens to places where they can get the best help. “We see ourselves as a connection point,” she explains. “Many teens are intimidated at the idea of reaching out, so we give them a safe place to express their needs and offer them a plan and options to move forward out of their struggle. Our goal is ultimately to point teens and young adults towards a genuine, lasting relationship with God through knowing and trusting in Jesus Christ as Lord and Savior.” 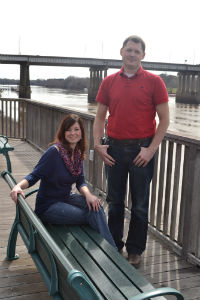 Today’s parents are learning more and more that dealing with issues such as suicide, and its harmful contributing factors, requires more than just a slap on the wrist. Today’s church is learning that it is often ill-equipped to handle the deeply personal struggles that the younger generation faces. That’s where TCM steps in.

“I guess the thing I pray most,” Roy reflects, “is that people would stop shaming teens who consider [suicide]. That isn’t going to solve the problem. It is more than a mental health issue; it is a very powerful spiritual warfare to take over and destroy souls. Most parents and adults have this ‘just-get-over-it’ attitude. They forget that, for teens, their present is all they see, and if things are not going well now, then they allow that to color the limited future they allow themselves to see. It takes wisdom for them to see that things will not always be that bad—wisdom that many of these teens don’t possess. Heartache is real. Peer pressure is real. Fear is real. It’s not a matter of getting over it; it’s being equipped with the courage and encouragement to press through.”

In early January, TCM began hosting a radio segment, and they anticipate television opportunities later this year. Until then, their webcast consumes much of their energy. “Each week we approach a subject that we feel God has impressed on our hearts. It has ranged from issues dealing with how to grow spiritually, all the way to the dangers of sexting. No question is off limits. And we don’t shy away from tough topics. Anything we can talk about to prove that they are not alone and to provide, in some cases, proof.”

Before the each show, TCM offers a chat platform to encourage dialogue. “They aren’t going to open up right away most times, so they need to get to know that we will listen and we actually do care. My senior pastor, Ray Jones, at Liberty Grove Church of God, says it this way: ‘People don’t care how much you know until they know how much you care.’ Never is that more true than when dealing with teens.”

Teens, parents, pastors, and churches are encouraged to check out the valuable resources of TCM online at www.tcmlive.com.