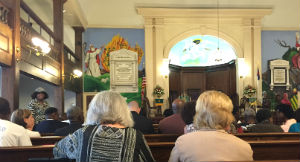 June 17, 2015, was yet another dark day for all of us in the United States of America. Searing pain was felt across the land, especially for those who lost loved ones in one of the largest mass shootings ever to take place inside the doors of a church. In the days that followed, the Church of God encouraged believers to spend focused times in prayer for families of the victims, for the safety of our churches, for reconciliation, and for the future of our country. As heinous acts of racism and persecution against Christians continue to rise in our world, the Church of God stands on its founding principles of holiness and unity with the Prince of Peace as our common subject. Two examples of a holy, loving response to the June 17 tragedy come from Brownsville Community Church of God in Charleston’s neighbor-to-the-north, Summerville; and the Church of God in Varnville, South Carolina. 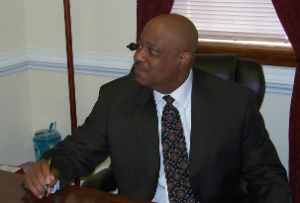 After the tragedy, Robert Toliver, pastor of Brownsville Community, rallied his congregation to come together with the Charleston-area churches of all denominations for prayer. Many from the congregation participated in prayer events hosted by Emmanuel AME Church. In solidarity with all believers, Brownsville Community rang a bell nine times on the following Sunday morning in honor of the nine men and women who lost their lives at the AME church. Pastor Robert also cites unity worship services and pulpit exchanges that have encouraged the faith community in the aftermath of the tragedy. With an eye toward reconciliation, the local ministers from all faith backgrounds are coming together to discuss practical ways to address race relations and bring about reconciliation.

“People outside of our area should know that what we have in South Carolina is just the classic struggle between good and evil,” Robert explains. “We have been forced by a bad situation into a special season like none that I have ever seen. The sound of Christians making their voices heard for unity, togetherness, love, and active ways to celebrate our oneness, has been unusually intense. At the same time, the minority voices of hatred, bitterness, and continued division are also taking advantage of the limelight we now have. I would really like people who are not here in our state to understand that the demonstrations of goodwill and togetherness far outweigh the negative sounds and actions the media tends to magnify.” 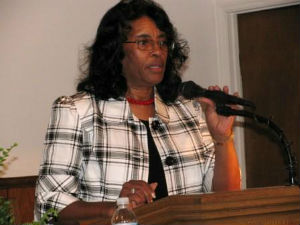 Ruthie Williams, pastor of the Church of God in Varnville, agrees. “I wish, hope, and trust that the people outside of South Carolina would understand that not all of our white residents of South Carolina harbor hate against black people. I would like for them to know that no matter where we go in this country, as well as in other countries, racism is alive and in operation. But there are so many white people in and outside of South Carolina who have stretched out their arms and embraced blacks, shedding many tears, apologizing for the evil perpetrated by a few.”

Ruthie explains that her congregation has drawn strength from the Lord and those who have gone before them. Recalling previous generations who persevered through racism and religious persecution, she recognizes the protection and empowerment that comes from Jesus Christ—the same today, yesterday, and forever. “We will do as the families of those who were murdered,” she explains.

Forgiveness. Hard to do, but carrying with it the power to bring freedom and change a world in Jesus’ name. That sentiment is shared by Pastor Robert. “Our church has found strength from the grace and dignity shown by the family members of the victims,” Robert reflects. “Their strength and willingness to forgive has diffused much of the anger that was beginning to brew in our community. The power from Christ that has been so evident in the family members has been contagious, and has generated a strange momentum in many of the churches in the area, including ours.”

Pastor Robert and Pastor Ruthie ask the Church of God to continue to pray for their community—and the country—even as issues in South Carolina fall off the front page headlines. Robert encourages the Church of God movement to pray “that the Lord would strengthen our resolve to continue in the spirit of unity and goodwill that this terrible tragedy has launched us into; that we would not allow the passage of time to cause us to ease back into our corners of separation; that the hateful voices that are clearly the minority, but seem to be so loud, will not poison the minds of those that are trying to work for a better sense of understanding and appreciation across ethnic and cultural lines; and that the nine victims’ families will continue to experience the grace of God that heals and empowers.”