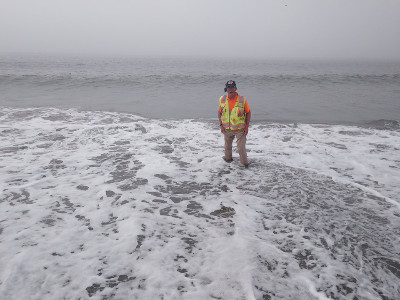 Glenn Koster wets his feet in the Pacific Ocean.

Glenn Koster left South Miami on foot, in February 2018. He intended to reach Seattle by October of last year, but the hazards around the next curve weren’t always visible along the 4,310-mile adventure on which he’d embarked. Ultimately appearing in 51 newspapers, on NPR and K-LOVE, with 44 churches, and for 3 foster-care-related groups, Glenn Koster finally completed his walk across America for adoption and foster care awareness late this summer. As Glenn dipped his feet in the waters of the Pacific Ocean, it was clear that even those frustrating delays would serve a providential purpose.

Glenn Koster was adopted at age six, but neglect and abuse set the stage for a second adoption at age ten. The trauma of his childhood conditioned Glenn to make some poor choices early in his life, ruling out the option for he and his wife Charlcie to adopt. But adoption into the family of God had left an indelible mark on his life, as well as a desire to pay it forward. While enrolled in Leadership Focus, Glenn found tremendous success last year and this year as he walked across the country with his wife tagging along in an RV for shelter along the way. The RV’s mechanical problems that followed could be classified today as blessings in disguise.

The hydraulic automatic parking break system began to fail by the time they reached western Nebraska in July 2018. Without nearby repair shops equipped to handle the magnitude of the issue, significant delays were probable. Combine that with severe weather and a health scare that confronted Glenn, who had suffered a few years ago from what’s known as Grave’s Disease, delays became inevitable. 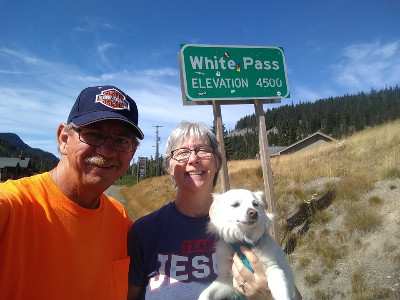 Glenn, his wife Charlcie, and their dog Walker.

Reflecting back on the hills and valleys (and some foreboding mountain ranges!) crossed, Glenn says the real challenges weren’t so much the physical hauls up and down steep grades in blistering heat or dangerous thunderstorms, but rather the close brushes with traffic. On numerous occasions, the itinerary had to be adjusted due to unadvisable conditions ahead or sheer impassibility. Drop-offs, areas with little or no shoulder, and hairpin curves weren’t welcoming for walkers—or an RV. Lack of cell phone coverage in some areas also added to the adventure.

But even the narrow misses were opportunities to make connections about adoption and foster care. Just outside of Malta, Montana, Glenn recounts a prompting within that led to a stop at a certain gravel intersection. A semi was approaching down the highway while a pickup truck approached on the side. Focusing solely on the semi, the pickup truck driver stopped abruptly after his eyes caught Glenn at the last second. The driver’s apology was followed up by a conversation right there on the roadside about the mission which had propelled Glenn to that point. “Once I explained why I was walking, his demeanor changed completely,” Glenn remembers. “His dad had been a foster parent for a number of years and his sister had adopted three kids in Georgia…God used a potentially dangerous situation, made it safe, and then used it to spread the message. Amazing!” 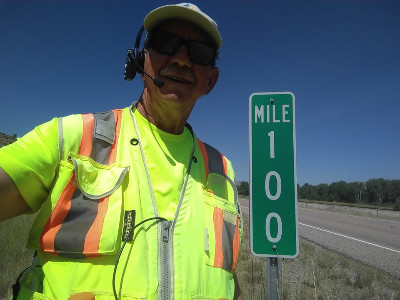 Only 100 miles left to walk in Montana!

Sundays were a day of rest for Glenn. They were also opportunities to worship with churches in the area and often chances to communicate his mission. Glenn and Charlcie were astounded on numerous occasions by the hand of God working on their behalf to help spread the word about adoption and foster care. It would take a book to describe all the incredible developments—indeed, Glenn is working on a book slated for release in 2020—but one involved a truck driver that parked next to him on a busy highway in Nebraska. For nearly ten minutes of conversation about foster care and adoption, not a single car whizzed by them. Once the driver left, traffic returned to its normal volume!

The final day of walking came and was no disappointment; instead, it was better than Glenn could have imagined. After about four attempts, Glenn’s phone calls made it through to Scott & Kelli of the K-LOVE morning nationwide Christian radio show broadcast. Scott remembered talking to Glenn before about the walk, which prompted him to inquire further. The two radio anchors interviewed Glenn and later played the interview. “Then, as I was nearing the turn toward Westport, Washington, there was a car parked along the road,” Glenn recalls. “A gentleman got out of the car and approached me. ‘Hi, Glenn! Eight pairs of shoes, huh?’ With those words, he had me off-balance until he explained that he had heard the K-LOVE interview.” As it turned out, the gentleman works for the fire department in Westport. He left and recruited fire fighters and EMS workers to gather in a show of support and welcome to their community. By the time Glenn arrived, the chief of police and even the mayor showed up. Glenn’s arrival was met with cheers, cars honking, and a lot of hoopla. “It was quite the welcoming committee!” Glenn explains. 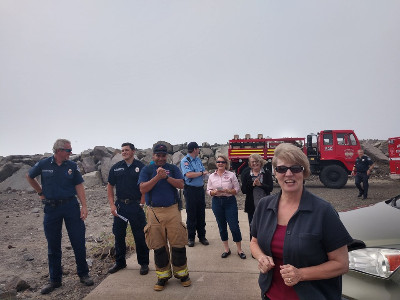 An estimated one million people have now heard Glenn’s message. He knows of at least six different families that began training to become foster parents, and at least three kids who now have “forever homes” because of Glenn’s walk across America. He can only imagine the ripple effects of his walk, and the stories he may never hear as seeds he planted begin to grow.

Glenn has completed both his walk and his journey through Leadership Focus. In the weeks since, he’s also announced that First Church of God in Hutchinson, Kansas, called him to be their associate pastor of urban ministries and evangelism. Glenn also continues to write books, plan revivals, and advocate for adoption and foster care.

Learn more about Glenn’s walk and mission on Facebook at www.facebook.com/KSCharitySteps. See our original story from April 2018 here. Learn more about Leadership Focus at www.jesusisthesubject.org/leadership-focus.