By chogministries
Posted November 20, 2014
In All Church of God
CHOG Convention 2015 to Feature Selah, Anita Renfroe2014-11-202014-11-20https://www.jesusisthesubject.org/wp-content/uploads/2016/07/ChogLogo-Light.svgChurch of God Ministrieshttps://www.jesusisthesubject.org/wp-content/uploads/2016/07/ChogLogo-Light.svg200px200px 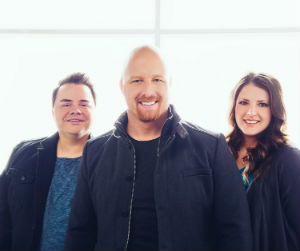 It just keeps getting better. Church of God Ministries has just announced that CHOG Convention 2015 (June 22–25) in Oklahoma City will feature Dove Award–winning vocalists Selah and Christian comedy sensation Anita Renfroe. Contemporary Christian recording artists Shane and Shane, as well as the Crossings Venue Band, will also lead worship experiences. More featured speakers have also been announced, including Gillian Grannum and Steve Southards. In addition to Francis Chan and Steve Rennick, the Church of God now has six new reasons to make CHOG Convention 2015 next summer’s priority. Now that tickets are on sale, you can make arrangements today.

Known for their tight harmonies and powerful worship songs, Selah has won the hearts of Christian brothers and sisters around the world. Besides producing hit singles like “Hope of the Broken World,” “Wonderful, Merciful Savior,” and “Glory,” they have also covered popular secular songs for worship. Though recorded by secular artists, “You Raise Me Up” and “Bless the Broken Road” became very popular in Christian music circles after Selah reinterpreted the grace-filled lyrics. The well-rounded nature of Selah’s musical style is complete with a bent toward refashioning classic hymns as well, including beautiful arrangements of “Be Thou My Vision” and “Be Still, My Soul.” The Church of God will be blessed to welcome Selah to CHOG Convention 2015. 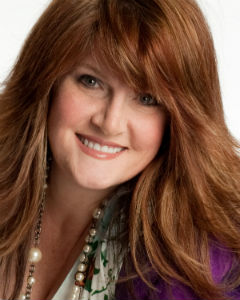 “It’s been a wild decade going from ‘stay-at-home-mom’ to ‘YouTube comedic Phe-mom-enon.’” Anita Renfroe’s words about her experience in clean, Christian comedy over the years reveal only part of her story. Her real-life applications and humorous insights put smiles on faces and spark joy in people’s hearts. Though she’s been featured on ABC’s Good Morning America and has filmed a sitcom pilot, her stardom never outshines the light of Christ within. Anita Renfroe’s comedy always serves to enhance her testimony, never to inflate her ego. Her popular All Things Female tours regularly attract believers by the thousands, and CHOG Convention 2015 will be no exception. You’ll be inspired to hear more of her story next June in Oklahoma City.

The Holy Spirit’s power was certainly evident at this year’s convention, and in 2015, the Church of God anticipates the same. Church of God people will notice improvements, however, to the daily schedule, as well as additional time for fellowship and networking, and streamlined ticket sales. As Convention 2015 details continue to emerge, keep checking www.chogconvention.org for the latest.

Be Bold. Reclaim. Secure your tickets today for CHOG Convention 2015, June 22–25, at Crossings Community Church in Oklahoma City, at www.chogconvention.org.