By chogministries
Posted May 1, 2014
In All Church of God
CHOG Convention 2014 Speaker to Address National Day of Prayer2014-05-012014-05-01https://www.jesusisthesubject.org/wp-content/uploads/2016/07/ChogLogo-Light.svgChurch of God Ministrieshttps://www.jesusisthesubject.org/wp-content/uploads/2016/07/ChogLogo-Light.svg200px200px

Each year in the United States of America, the first Thursday of May is designated as the National Day of Prayer. People come together from all walks of life, spanning the range of faith groups and denominations, to look away from themselves and turn to God. Early leaders in government and society confessed their dependence on the Lord for peace, safety, and security. This year, Church of God congregations across the country also unite with community leaders and other faith groups in prayer. Anne Graham Lotz, who is scheduled to speak at the Church of God Convention 2014, will address the National Day of Prayer gathering in Washington, DC. 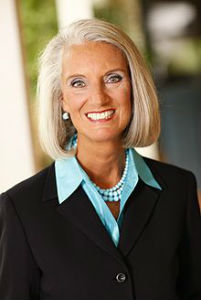 Lotz, daughter of well-known evangelist Billy Graham, is the 2014 honorary chairperson for the National Day of Prayer Task Force. She has written a special prayer that will be read simultaneously across the country at NOON EDT. Her prayer augments the theme of this year’s observance, “One Voice, United in Prayer.” This year’s theme is based on Romans 15:6: “So that with one mind and one voice you may glorify the God and Father of our Lord Jesus Christ” (NIV).

“As we continue our prayer efforts regarding the Be Bold Convention and IYC, may we also join a much larger group of persons committed to praying for our nation,” says Ryan Chapman, coordinator of the National Prayer Ministry for the Church of God. “There is such power available to God’s people as we pray in a united fashion. Would you take some time to give thought to some of the most pressing issues that face our nation and join with people all over our country to humbly seek God’s forgiveness for the ways we fall so short of his intentions and to ask for his grace, assistance, and favor?”

Church of God Ministries staff will individually set aside time today to intercede for our churches, schools, government, health care providers, authorities, and other community institutions. We hope that you, too, will join us in prayer!