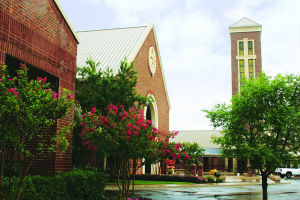 Crossings Community Church began like so many Church of God congregations in the United States. In 1959, a congregation named Westridge Hills began holding services and preaching the gospel to all who would hear it. In 1981, a young fellow by the name of Marty Grubbs joined the church’s staff as an associate pastor of youth and music. By 1985, Grubbs became the senior pastor, and the dynamic story of transformation began.

“There are several factors that paved the way for the growth of our church,” Grubbs recollects. “We were a very small church of 150 people, in a very small and aging building, buried in a neighborhood and out of view of any major traffic pattern. In other words, we had no 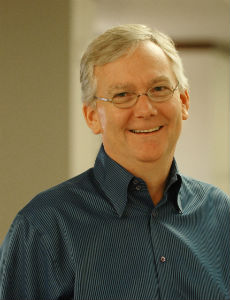 visibility of any kind. We jokingly referred to our motto of, ‘If you can find us, you can join us!’”

It’s a story many churches are familiar with. Some are simply off the beaten path, while others are tucked behind industrial establishments or nestled deep within dense subdivisions. But that invisibility soon became visibility when a certain segment of the church rallied together around Christ with the goal of making a difference in the community. When members of the community paid a visit to the neighborhood church, their needs were made first priority. All the while, Pastor Grubbs listened intently to the congregation’s dreams to make a difference.

“I began preaching sermons aimed at non-Christians,” Grubbs explains, “aimed squarely at the people who were not in the church, and the visitors who were coming through our door. Our people began inviting their friends, we advertised the sermon series in local media, and we personally invited the neighborhood, about three hundred homes.” But the sermons focused on the community were not the only thing receiving attention. “We were in a neighborhood where there was great pride in the homes and their yards. Grass was green and flowers were everywhere. Except on our property.” So in 1986, Grubbs bought a bag of fertilizer and planted some flowers. The neighbors took notice and were very happy.

Pastor Grubbs also shared with the congregation stories and insights from churches who were experiencing success. Excitement increased as the church realized that they, too, could do the kind of ministry larger churches were doing. Grubbs helped lead the church to emphasize those things the church did well, including things unique to themselves.

In 1999, the church saw 3,100 people gather for worship at the new Crossings Church. Since then, among many other incredible events, the church has launched a Hispanic church, started a Christian school, and opened a community medical clinic. Today, Crossings Church gives God glory for a body of between five and six thousand worshipers. Their impact stretches from the city rescue mission to North Korea, from local schools to the streets of Lebanon.

“I have always believed we were a very compelling demonstration of the original idea for the Church of God,” Grubbs reflects. “As we saw the culture becoming disenchanted with the mainline denominations, we were able to offer an affiliation with a wonderful group called the Church of God. When we told people there was no formal membership, but that joining the body was all about turning your life over to Christ, this message was widely valued and appreciated. In essence, we were conservative in theology but liberal in love. We have not shied away from telling the story of our Church of God roots. It is the first thing we tell newcomer classes today. They appreciate the anchor and accountability we have as a Church of God congregation, and they love the emphasis on Christ and not a denomination.”

When Church of God pastors, leaders, and laypeople convene this summer in Oklahoma City to worship and speak into the direction of the movement, they will no doubt be welcomed by smiling faces and joyful hearts. “I want people to know that our volunteers are ready to serve them,” Grubbs explains. “These volunteers are people from all walks of life, with stories of deep pain and hurt before they found Christ, and amazing stories of all that has happened to them since giving their lives to Christ…We look forward to serving those who arrive on our campus. We are one. We are family, and we are thrilled that we get to meet a large contingent of the rest of the family.”

Your last day to take advantage of early-bird registration is March 15! Register today at www.chogconvention.org. The Church of God Convention 2014 and General Assembly is scheduled for June 23–26 in Oklahoma City, Oklahoma.