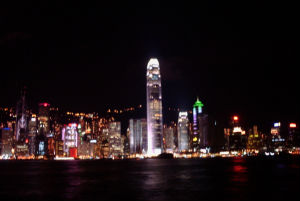 Protesters lining the central corridor of Hong Kong know full well that the world is watching. Media outlets across the United States and around the world are covering the activists both from a distance and on the ground. Thousands of people supporting the Occupy Movement have rallied themselves around democracy and universal suffrage. Whether or not believers in Hong Kong want to get wrapped up in the matter, they also feel the impact of the hot-button issues of the day. Our Church of God contact on the ground offers unique insights from a kingdom perspective.

The precarious situation brings politics into the church, though the church did not ask for it. Yet, according to our source, it is simply very difficult for the church to remain neutral on such an important issue. “Many church members went out to participate in the movement,” he explains. “But they did feel unrest when seeing the forceful act of the police to the unarmed protesters. Many of them felt disappointed in the government’s response.”

Passion for these protests is fueled by an increasing sense that the Chinese government has chosen to ignore history and impinge on the culture of Hong Kong and its way of life. “Over the last two years,” he explains, “the Chinese government presented the case to Hong Kong people that under the ‘one country, two system’ scenario, one country should be emphasized as Hong Kong becomes part of China. However, such emphasis underestimated the core value and cultural influence on people that lived under the jurisdiction of the British government. The current issue represents the climax of such divergence.” To make things worse, protesters do not like the current chief executive, who has reportedly ignored the democratic leanings of the people of Hong Kong.

Under a new election framework scheduled to begin in 2017, candidates for the chief executive of Hong Kong will be limited to two or three individuals. Additionally, a pre-election committee of 1,200 people will choose candidates. Protesters contend that prodemocracy candidates will be forced out of the system. “It means,” our source also contends, “that the Chinese government will choose the candidates for us.” Occupy Central began as a peaceful demonstration to get the attention of the government, express disapproval, and effect real change.

“It is true that even inside the church, brothers and sisters may have different opinions on how to express themselves when facing the issue,” he explains. “Some may or may not agree whether Occupy Central is the last resort to the present situation. Churches encourage people to continue to pray for the situation, to accept that members may have different views, but to respect and support each other. Love, respect, peace, and rationality are core messages for believers to convey to the society in this situation.”

The Church of God in Hong Kong asks for prayer so that peace would come to the city. They request that believers around the world would pray that the leaders of Occupy Central, as well as the government, would be granted wisdom and safety. Above all, they request prayer for lasting unity in the church.

To learn more about the Church of God, visit www.JesusIsTheSubject.org.