By chogministries
Posted February 23, 2017
In All Church of God
Children of Promise Establishes Endowment with CHOG Foundation2017-02-232017-02-23https://www.jesusisthesubject.org/wp-content/uploads/2016/07/ChogLogo-Light.svgChurch of God Ministrieshttps://www.jesusisthesubject.org/wp-content/uploads/2016/07/ChogLogo-Light.svg200px200px 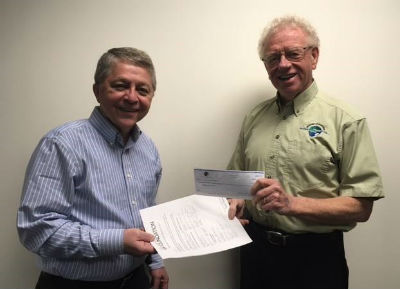 This year, Children of Promise celebrates twenty-five years of forever changing the course of children’s lives around the world. Since the beginning, more than 12,000 children have received nutrition, education, medical care, and spiritual formation because of the child sponsorship ministry of the Church of God. Kicking off a year of celebrations that will give God glory for the past twenty-five years—and looking ahead to what God will do over the next twenty-five-plus years—Children of Promise established an endowment with the Church of God Foundation. The Sidney and Jean Ratzlaff Johnson Endowment will enable transformational ministry to continue for generations to come, all the while honoring the legacy of two exceptional individuals.

FACT: There are endowments in existence today that were established prior to the American Revolution. FACT: Endowments established several decades ago are now distributing as much as tens of millions of dollars for ministry, charitable, and educational purposes. FACT: Children of Promise opted to work with the Church of God Foundation for their endowment because they believe it has the potential to magnify the ministry’s impact for the long haul.

“We’re part of the Church of God family, and we want to function as family,” Kirk explains. “The board of directors of the Foundation include people who know the Church of God, who know Children of Promise. Many of our churches and institutions will want to invest in this endowment, and our overall dream is that over a long period of time the endowment will cover all of our operating costs so 100-percent of a sponsor’s donation can go directly to the child. An endowment has to be large to be effective, but we believe people will give, knowing that these children will be cared for generation after generation.” 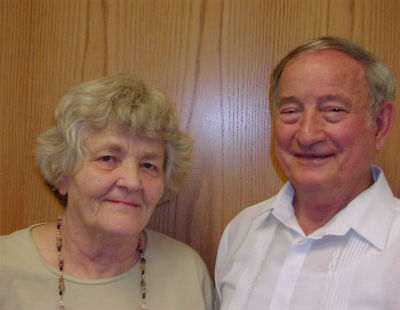 Sidney and Jean Johnson founded Children of Promise in 1992. When Children of Promise decided to create an endowment with the Church of God Foundation, there was no debate about what it should be called. “They’re our founders,” Kirk explains. “We want their names never to be forgotten. We are deeply appreciative of the Johnsons, and this is just one way to honor them.”

Some 4,500 children are currently sponsored by Children of Promise. To make a 25th anniversary even sweeter, this year the ministry will enter its thirtieth country. Unlike other child sponsorship programs, Children of Promise does not employ employees throughout the world, but instead operates by a massive pool of Church of God indigenous volunteers on the ground, those who are most acquainted with the children and the culture. As a result, operational costs are kept very low and more funding goes directly to each child. Additionally, the financial accountability and inextricable connection to local Church of God leadership sets Children of Promise apart.

“We go to the poorest areas,” Kirk explains. “We guarantee food. We cover medical expenses, large or small. We don’t do the work for the local churches, but we train and equip them to do it. The local Children of Promise ministries were founded by Church of God missionaries and national leaders. In terms of the stewardship of program dollars, no one can match what we do. And, to top it off, graduates from our programs around the world have gone on to do pretty amazing things.” Just a few of the amazing stories can be found at www.echildrenofpromise.org. Exciting events are in the planning stages to commemorate this 25th anniversary year, including a Children of Promise banquet scheduled for the Church of God Convention in Wichita, Kansas, in June. Stay tuned for details as they unfold.

“As a former missionary in Haiti and Africa I have personally witnessed the wonderful ministry Children of Promise is doing in children’s lives,” Art Clawson, advancement director for Church of God Ministries explains. “I am thrilled that they have established this endowment that will provide a multigenerational investment in children who are the future of their local church and their countries. My hope and prayer is that people will leave a lasting legacy by contributing to this endowment.”

Learn more about the Sidney and Jean Ratzlaff Johnson Endowment at http://www.echildrenofpromise.org/givingoptions/endowment/. Learn about the Church of God Foundation at www.chogfoundation.org.

Healing, Salvation Follow Intense Week of Prayer at California ChurchAll Church of God, Western
From the Archives: Mission and Ministry in Front of Our EyesAll Church of God