By chogministries
Posted May 9, 2017
In All Church of God
Children of Promise Celebrates 25 Years of Hope2017-05-092017-05-09https://www.jesusisthesubject.org/wp-content/uploads/2016/07/ChogLogo-Light.svgChurch of God Ministrieshttps://www.jesusisthesubject.org/wp-content/uploads/2016/07/ChogLogo-Light.svg200px200px 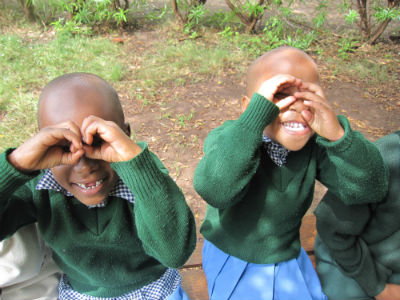 Bishu was a young boy who lived with his family in the remote rice fields of eastern India, in a state called Odisha. His family worked alongside many other families from sunrise to sunset in the rice fields, earning only thirty to forty cents per day. Somehow, Bishu’s family went into debt to the landowner. This put the landowner in control of their home and ultimately, their lives. The only way the family could pay back the landowner was to sell Bishu as a slave. Paul Maxfield, director of Children of Promise, was traveling in Bishu’s village in 2010 and heard about his story when he did not show up for a scheduled interview. After many prayers and hard work with local volunteers, Bishu was released from slavery. Three years later, Paul had the chance to talk with Bishu. He asked him, “What is the most important thing that has happened in your life?” To this day, Paul has never forgotten Bishu’s answer: “The day Children of Promise rescued me.” 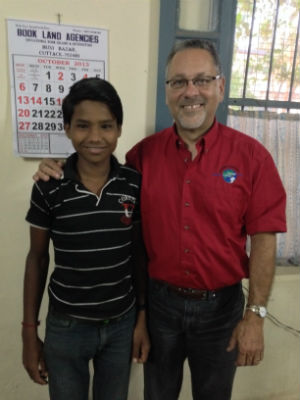 The first event is their 25th anniversary reception on June 17th at Madison Park Church of God in Anderson, Indiana. The reception will include a concert by their partner musical group, Alanna Story. There will also be a presentation by special guest, Jewel (Viray) Leodones. Jewel was once a girl sponsored for many years through Children of Promise. Now, she is the protocol officer for the president of the Philippines.

Paul shared that Children of Promise has set four new goals during this anniversary year. The first goal is to increase the number of children being sponsored by 25 percent. The second goal is to enlist twenty-five new churches to engage in the ministry. The third goal is for twenty-five more people to graciously remember this ministry in their wills, to leave behind a legacy of compassion. The last goal and prayer is that the Church of God community would be generous enough to donate gifts in multiples of 25 dollars in honor of this anniversary. Any amount from $25 to $25,000 (and beyond!) will be encouraged and gladly accepted! 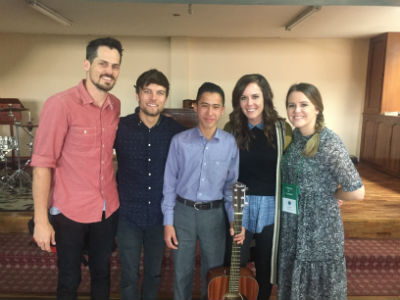 Photo: Alanna Story in Ecuador for Children of Promise.

Children of Promise has been able to help thousands of children around the world thanks to the prayers and support from the Church of God community. This is a celebration not just for the ministry, but a collective celebration for everyone. Paul Maxfield would like to thank everyone who has supported this ministry over the years. “We are deeply grateful for the support of so many churches and individuals during this first twenty-five years. Your support has brought help, health, and hope to over twelve thousand children during that time. Twenty-five years is a great start. Many more children need help. Why not join with us in ministering to children in need by sponsoring children or supporting the ministry financially? Children are waiting. Together, we can offer help and hope for bright futures for thousands more children.”

Children who were once in similar situations of distress like Bishu are now teachers, doctors, nurses, accountants, and pastors because of the education they received. With access to an emergency medical fund, children who had serious medical conditions are alive and healthy. Children who used to have weak, malnourished bodies can run and play now because they have access to healthy food delivered every month. When sponsors live by faith and send their love and support to these children, lives are changed forever.

Emily Ploetz is an Anderson University student serving as communication intern for Church of God Ministries.