By chogministries
Posted April 30, 2015
In All Church of God
Change the World: Grant Awardees Revealed at CHOG Convention 20152015-04-302015-04-30https://www.jesusisthesubject.org/wp-content/uploads/2016/07/ChogLogo-Light.svgChurch of God Ministrieshttps://www.jesusisthesubject.org/wp-content/uploads/2016/07/ChogLogo-Light.svg200px200px 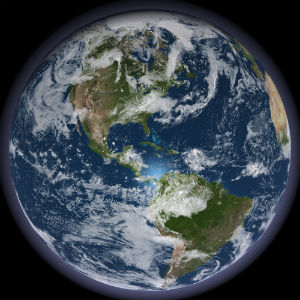 Sixty applicants from across the Church of God submitted applications for Change the World, a grant-making initiative announced at last year’s Church of God Convention. In an effort to bring innovative and transformative ministries to fruition, Change the World was designed to give ministry leaders the financial foundation to get off the ground. The question was posed, If there were one thing you could do to change the world, what would it be? Of sixty applicants, six were selected to receive grants. So, who are these grant awardees?

You’ll have to find out at Church of God Convention 2015, June 22–25 at Crossings Community Church in Oklahoma City, Oklahoma. There you’ll not just learn the names of the grant recipients, you’ll also hear more about their fresh, inspiring, and innovative ideas for ministry.

Innovation Trustees were selected in advance of Change the World to review applications and determine grant recipients. Ten experienced leaders in the movement thoroughly examined each application for projects that would address a specific need, engage the world in Jesus’ name, mobilize followers of Christ, and include a sustainable plan for growth. These leaders included Andrea Cook (Portland, Oregon), Jorge Palacios (El Salvador), Matt Anderson (Oklahoma City, Oklahoma), Ken Love (Orlando, Florida), Geremy Dixon, (Inglewood, California), Daniel Dorman (Kitchener, Ontario), Malcolm Tyree (Dallas, Texas), Dave Bish (DuBois, Pennsylvania), Carron Odokara (Detroit, Michigan), and Allan Hutchinson (Morehead, Kentucky). Applications represented the broad spectrum of the Church of God, and included our Partners in Ministry—the National Association of the Church of God, the Hispanic Council (Concilio Hispano), and the American Indian Council. Each applicant was given the opportunity to ask for up to $20,000.

Thank you to all who invested time in submitting applications and getting the word out about this new opportunity. Thank you also to those who spent countless hours meticulously reviewing application after application. “The quantity and quality of applications received for the Change the World grant were overwhelming,” Malcolm Tyree, Innovation Trustee explains. “At one level, it felt like we were peeking in on the prayers of God’s people across the country and around the world. The creativity and passions expressed reminded me that the people of God are faithfully living out the mission of God, even if they aren’t getting the news headlines. The future of the church is bright because of the work of the church today.”

Jesus commanded his disciples to be salt and light. For generations to come, his followers would touch lives with God’s love and change the world. Even among those whose ideas will not be awarded grants this year, creativity and enthusiasm were reignited in the Church of God for making a difference in the world around us.

How will you change the world?

Join us for Church of God Convention 2015. Register today at www.chogconvention.org!