When first conceived four years ago, what began as a way for pastors from different congregations to support and fellowship with one another has taken on a life of its own. First called “The Progressive Pastors of the Church of God in Central Ohio,” it was better known as, “The Meeting of the Five Guys.”

Any time you have a variety of pastors, with differing backgrounds and the disparate ways that they came into ministry, and the contrasts in the makeup and composition of the congregations they serve, it seems like a particularly unusual idea. But, as time has told, it has made for some wonderful times of fellowship and sharing.

First, a regular contact with a fellow pastor allows for the opportunity to relax, fellowship, pray, and break bread with others who have some of the same problems and stressors, while often getting a different perspective on how to deal with issues. 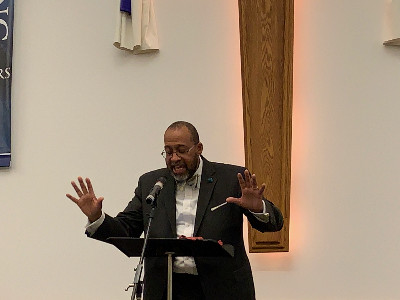 Additionally, when illness or stress rise up in another pastor, there is the knowledge that you have friends who will actually stand in the gap for you and provide prayer covering for whatever issue is being dealt with, be it physical, spiritual or mental, and always without judgement, recrimination, or gossip.

Pastor Iran Watson of Kimberly Parkway Church gave this assessment. “We have to transform the church from being traditional in mindset to missional in mindset. That’s not easy. We must be intentional in teaching and training our ministers to go our to do the work of ministry.”

Two more pastors have been added to the mix: Todd Watson, pastor of Catherine Street Church in Springfield, Ohio, and Rob Cope, who is the worship pastor for West Enon Church in Fairborn, Ohio. While they work outside the city limits in the Columbus Metro area, they both live in suburban Columbus, making the fellowship time more special. 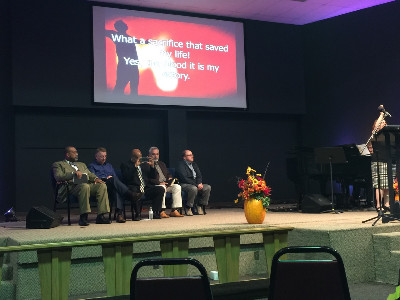 Panel of pastors at one of the services.

The additional burden for them is that both are bivocational pastors burdened with secular employment to supplement their pastoral incomes. Sometimes bivocational pastors are looked at with disdain by pastors of larger, multi-staff congregations who enjoy consistent financial support. (I, myself, toiled for many years as a bivocational pastor and minister before returning to full-time vocational ministry. With my experiences, and that of others like these brothers, I know it is a difficult row to hoe.)

In adding the additional churches, the revival this year was expanded to seven nights. Each church hosted a different pastor, chosen so the speaker was not scheduled for his home church. And while the radius of the area of the churches had expanded from a maximum of 35 miles to 78 miles, every night was well-attended, and some families traveled to every church for every speaker.

God’s church is not made up of individual congregations, but rather is the body of those who have been called out of darkness into his marvelous light. With the broadening of fellowship between pastors, it also expands friendships in the congregations to those who are in different demographics than they might otherwise spend time, and allows for all to see the true meaning of, “Every tribe, language and nation.”

Adrian Powell is pastor of Faith Community Church of God in Grove City, Ohio. He has been published in the Columbus Dispatch, Columbus Call and Post, Columbus Post, and Vital Christianity. He has authored two books—The Jubilee Harvest and Resident Aliens: A Living Faith in a Hostile World, available at Amazon.com.

Feature (top) photo: One of the revival services, combining multiple churches for worship and the Word. 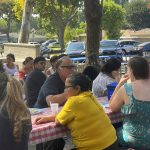 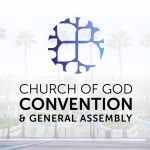