Celebrating Christmas a World Away

By chogministries
Posted December 20, 2013
In All Church of God, Global Strategy
Celebrating Christmas a World Away2013-12-202013-12-20https://www.jesusisthesubject.org/wp-content/uploads/2016/07/ChogLogo-Light.svgChurch of God Ministrieshttps://www.jesusisthesubject.org/wp-content/uploads/2016/07/ChogLogo-Light.svg200px200px 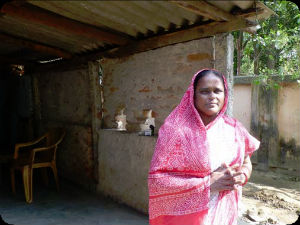 On Christmas day in Thailand, the banks will be open, as will the post office, shops, and restaurants. About one percent of the country will celebrate Christ’s birth that day, but for most, it is just another day. And this is the case across much of Asia.

But Mrs. Chandrabati, who lives in a small village in the province of Odisha, India, is working on that. She understands the meaning of the great gift that was given that first Christmas, and she has dedicated her life to sharing what she knows.

We met with her this week as we were checking on how money had been spent to repair the damage from Typhoon Phailin that hit last October. She had lost a portion of the roof on her tiny mud-brick house as well as one wall. A total of $80 was spent on her house and she was so thankful for the repairs, since her house is home not only to her family but also to her sister, brother-in-law, and niece, as well as four little girls that were given to her to take care of because their families could no longer do so. Her house also serves as a church. 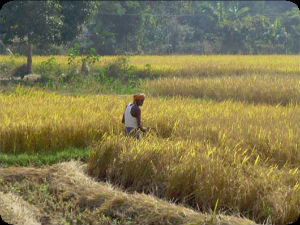 Mrs. Chandrabati’s home is located in an area of numerous rice paddies, several acres of which she and her husband share-crop and some that they own. When not working in the paddy, she boards a public bus that will take her to one of the two villages where she ministers. She spends the day visiting women and their families, praying for them, helping where she can, taking sick people to the local clinic, and just maintaining a presence that says, “I care because Jesus cares.”

On Sunday mornings she holds a prayer and worship service in her home. She has been doing this for twelve years. Currently, she is ministering to eighty women in the two villages. This involves nineteen extended families, which total 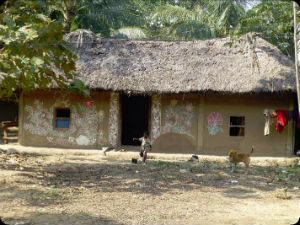 179 people. Over the last decade interested women have slowly convinced their husbands, sons, uncles, and grandfathers to listen to what Mrs. Chandrabati has to say about Jesus.

There are no churches in either of the two villages to teach them these things. There is only Christ’s love as shown through this woman who comes on the public bus to love and disciple these families.

As you celebrate Christmas this season, know that Mrs. Chandrabati is also celebrating with fellow believers in her mud house that has been newly repaired by money sent from our churches across the United States. In fact, many in this heavily damaged province will be celebrating in restored homes and remembering the many blessings of God. They are grateful for the way Jesus unites us into one global family that shares what they have with people they have never met. What a great picture of Christmas in Odisha, India.

This Christmas, we celebrate the good news that is for all people.

Don and Caroline Armstrong serve as regional coordinators for Global Missions in the Asia–Pacific region.