Can’t Keep a Good Woman Down: Mississippi Minister Gives Life Beyond Her Own

By chogministries
Posted January 9, 2019
In All Church of God, Southeast
Can’t Keep a Good Woman Down: Mississippi Minister Gives Life Beyond Her Own2019-01-092019-01-09https://www.jesusisthesubject.org/wp-content/uploads/2016/07/ChogLogo-Light.svgChurch of God Ministrieshttps://www.jesusisthesubject.org/wp-content/uploads/2016/07/ChogLogo-Light.svg200px200px 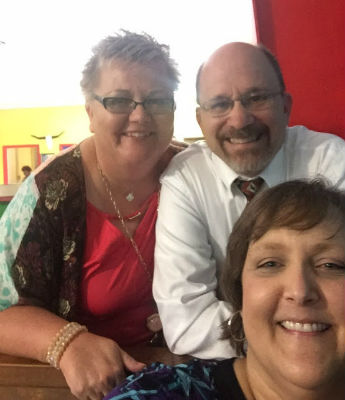 The pastor of Shady Grove Church of God in Meridian, Mississippi, kept leading her congregation for five-and-a-half years. Others might have opted to let up, slow down, or quit altogether, but Delores Bailey wasn’t going to let cancer get the best of her. She had a divine calling on her life to go and preach the gospel, regardless of the circumstances. Her cancer journey was no cakewalk, but neither were the journeys of people all around her living without Jesus. She had peace; others within her reach needed that same peace. The day before she began her last hospital stay, only one week before she breathed her last, she led two teens to Christ. Her deteriorating condition wouldn’t allow her to baptize these new believers, but as Providence would have it, Delores’s bold witness would continue to give life beyond her own.

Keith Hall is the regional pastor for Mississippi Ministries of the Church of God. His wife and Delores were college roommates at Mid-America Christian University, then Mid-America Bible College. All along Delores’s cancer journey, Keith marveled at the resiliency she showed, and rejoiced in the victories she had against the enemy of her soul. Recounting her final chapter on earth, Keith explains, “The two who were baptized were led to Christ in the parsonage on Wednesday. She was admitted to the hospital on Thursday. She passed away one week later.” Since Delores had promised to perform the baptisms but couldn’t, Keith humbly filled her shoes, as well as the baptistery. 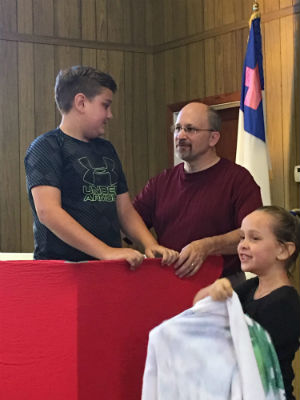 “It was a wonderful day of remembrance and celebration,” Keith continues. “Of course, it was highly emotional. The generations of those who were baptized, from grandparents to parents, to uncles and aunts, were there in attendance. I spoke fondly of Pastor Delores that morning and we assured everyone that this is what she would have wanted us to do—that if she had been there, it would have been her standing in the water, not me. I told the congregation that I loved their pastor and that I was simply standing in for her. We then went downstairs to the fellowship hall and had a wonderful meal together, all the while sharing stories about Delores.”

Of course, the story of her evangelistic efforts in her final days continue to give life to its hearers. But more have been touched by her faithfulness to the ministry in the midst of pain and uncertainty. What kept her going? Keith says Delores was a great example of a “solo pastor.” “The church was in a place where one staff member was enough, and she was it,” Keith explains. “Her background was in music, so she led worship from the piano, taught Sunday school, and got up to preach. It was a country church and she treated them like family and they treated her like family. She loved them, and they loved her.”

Keith Hall baptizing one of the new believers.

Pastor Delores wouldn’t abandon those who had become a second family to her since 2009 when she arrived in Meridian. Bud Thomas, a lay leader in the church, says she wanted to stay and help as long as she could. “Her degree wasn’t in pastoral ministry,” he says, “but the Lord continued to bless her, and she became a wonderful pastor to this church. She was extremely talented and could have been a music director for a large church. She fought a long battle with cancer and, in late July, she won—when she slipped into the arms of her heavenly Father. She was loved and will be missed.”

Karen Germany has been a part of the Shady Grove Church of God congregation for only four or five years, but soon befriended Pastor Delores. They enjoyed spending time together, sharing the good and the bad. Karen explains that Delores was one who, as the scriptures say, knew how to “rejoice with those who rejoice and weep with those who weep.” When Karen bore her first child, Delores had undergone chemotherapy and wasn’t feeling well—but was right by her side. Despite the cancer that was ravaging her body, Pastor Delores also conducted the baby dedication for Karen’s daughter.

Delores’s ministry of presence—her ministry of friendship—was evident throughout the congregation during her short life that was taken from her at only fifty-one years old. But life wasn’t really taken from her. She gave it away, time and time again, to everyone she could. Even since her life has been enriched in the arms of Jesus, her legacy continues to give life. Cancer couldn’t keep her down when lives were at stake, and like her Lord Jesus she strove to emulate, even death couldn’t stop her. It’s true: you can’t keep a good woman down.

A scholarship fund has been established at Mid-America Christian University (www.macu.edu) in Delores Bailey’s name for students from Mississippi. Gifts are encouraged.