By chogministries
Posted March 28, 2016
In All Church of God
Called, Equipped, and Two Very Different Experiences2016-03-282020-02-29https://www.jesusisthesubject.org/wp-content/uploads/2016/07/ChogLogo-Light.svgChurch of God Ministrieshttps://www.jesusisthesubject.org/wp-content/uploads/2016/07/ChogLogo-Light.svg200px200px 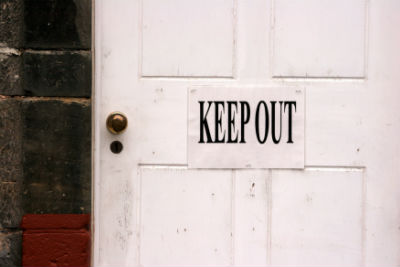 Photo: Closed doors…Stephanie’s experience prior to The Gathering.

With Joshua Brandt and Stephanie Collins

As a matter of fact, the prevalence of women preachers is a fair measure of the spirituality of a church, country, or age. As the church grows more apostolic and more deeply spiritual, women preachers and workers abound in the church…—C. E. Brown

It is interesting how perspectives can be so different. Our journey molds who we are and how we see the world. When we choose to see things through the eyes of another, we can begin to broaden our horizons. In this article, Joshua Brandt and Stephanie Collins share their own experiences and journeys with the issue of women in ministry. 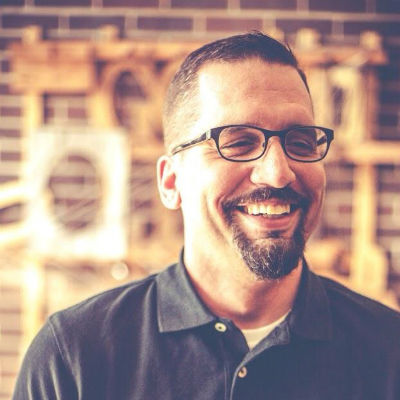 Joshua: I was called into ministry when I was in ninth grade. In the calm of an open field during a time of prayer at a youth camp, God clearly called me to ministry. I have wrestled with that call over the last twenty-five years and it has matured along the way. As I told people at my church, and my family, I was encouraged, prayed for, and celebrated.

Stephanie: I accepted a call to ministry in 2008 at the International Youth Convention in San Antonio. I, too, was affirmed by my family, however I remember the shock and disbelief I felt at nineteen years old when my father, who is a Church of God pastor, said to me, “Ministry won’t be easy for you, Stephanie. The road isn’t easy for a woman in ministry.” As most nineteen-year-olds do, I kind of scoffed on the inside and thought I knew better than my dad. I reasoned, “But this is the Church of God! We affirm women in ministry! Women have a place here!” Little did I know that my father was preparing me for the hard journey I would walk through for the next seven years.”

Joshua: I became a youth pastor while I was still in college. At nineteen years old, I was responsible for the discipleship and safety of a group of youth in a small church. I made so many mistakes in those years—trying to rent vans when I wasn’t old enough, thinking flashlight tag could be played every week, ordering enough pizzas for 150 kids when only forty showed up. In each and every circumstance, I was shown grace and encouraged to be better.

Stephanie: After receiving so much encouragement for ministry in the first few years of my calling, to my surprise, when I graduated with my bachelor’s degree, I could not find a place to serve. I sent out resume after resume, looking for someone to take me in, give me a chance, and nurture me for the work of the kingdom. I found no one. For the first time in my life, the future began looking bleak for me. I was applying to the same churches that my male classmates were, and they were getting hired, while I couldn’t even get an interview. My father’s words began ringing in my head—“Ministry won’t be easy for you, Stephanie. The road isn’t easy for a woman in ministry.” Would this be my life? Would this be how my story would be read? I couldn’t help but feel defeated and uncertain of what the future would hold.

Joshua: I entered Anderson University School of Theology for the first time in the fall of 1999. I have gone off and on over the years (I have just one more class to go!). The joke is if you have been in the SOT in the last fifteen years, we probably had class together. One of the first classmates is now even a professor! SOT was a great way for me to be disciple and to find respite. As the churches I served changed, SOT allowed me the space to dream and think differently. 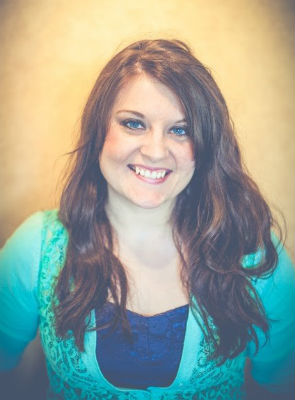 Stephanie: After being unable to find a position at a church, I decided to enroll in seminary. At Anderson University School of Theology, I again felt affirmed and supported by all of my professors. They gave me the confidence I needed to again step out into the church world and pray that a position would open for me. Upon graduating, I did just that. I stepped out in faith, seeking a church to take me in and give me a chance. Once again, I found no one. One day , when the weight of another church rejection was upon me, this time solely because of my gender, I wrote these words in my prayer journal: “God, I don’t’ understand. Did I hear from you wrong? Am I not really called to do this? Haven’t I been faithful to you? Haven’t I studied and worked and walked through every opportunity you’ve given me? Why am I not good enough? Why am I so unworthy? I’m so tired. I’m so weary. I want to give up.”

Joshua: Last year, The Gathering was looking for our NextGen pastor. New families were coming and we knew we needed to take our children and youth ministries to the next level. I had many conversations with potential candidates and read through countless resumes. Something was missing. We needed someone who could grow into our ethos. Someone who was clearly called to church leadership. Someone who could be a vital part of our team. I was getting frustrated that we couldn’t find who we were looking for.

Stephanie: Nine months after graduating seminary, I heard back from a church I had expressed interest in. They wanted to meet me for an interview. As I walked in the little diner where I was meeting the pastor, Joshua Brandt, and the worship pastor, Leo Flores, I was so tired and weary and truthfully didn’t expect anything good to come of this meeting. Rejection had become part of my identity. Inwardly, I had picked up this sense of rejection and shame, and made it part of who I was—just as much as I had brown hair and blue eyes. Within an hour of meeting with Joshua, I sensed something different. I could tell he believed in women in ministry and leadership—possibly even more than I did!

Joshua: It is funny how conversations turn. When Leo and I met Stephanie that first time, it was clear that weariness was taking over. I wish I could tell you that The Gathering and I hired Stephanie because we are champions of women in ministry. I want you to know that we asked the best person we could find to join our team. Isn’t that the goal? We are all about accomplishing our mission, and with Stephanie on our team, we are so much better prepared to do that. My prayer is that the Church of God, leaders, elders, and churches would fully embrace what Scripture tells us about leadership.

Stephanie: I’ve been at The Gathering for a year now. It has been one of the greatest years of my life. I am finally getting to do what I was called all those years ago to do, what I have been equipped to do, and what I am gifted to do. Without a church like The Gathering, and without a pastor like Joshua, I can’t help but think I would still be floundering somewhere in feelings of discouragement, worthlessness, and depression. Those are the feelings I was facing on a daily basis as I was stuck in a place of not being able to do what I believed God had created me to do.

Article originally published by Indiana Ministries. Republished by permission. Learn more about the Church of God at www.JesusIsTheSubject.org.