Against a backdrop of war, political turmoil, and cultural upheaval, and on the heels of a season of sickness, death, and paradigm shifts at the pandemic’s hand, the first of three Regional Conferences presented a dramatically different scene. Inside the doors of the facility Destiny Christian Fellowship calls home, smiles could be seen; hugs could be felt; and laughter, songs of joy, prayers from the heart, and messages of hope could be heard spanning the last week of April. Of course, such sights and sounds are nothing new at the Church of God congregation in Fremont, California, but between April 26 and April 28, the overflowing evidence of Holy Spirit infilling emanated from a crowd composed of pastors and leaders uniquely representing churches up and down the West Coast and across the country. Though the event has come and gone, the ripples of the impact of their experience in the Bay Area continue to challenge the Church of God to examine and embrace its sacred, God-given identity.

Without exception, each featured speaker and panelist gracing the platform at Destiny Christian Fellowship during the Fremont Regional played a crucial role in answering several questions begged by the intriguing and provocative conference theme. Such recurring questions spoken aloud, implied, or inferred over the three-day gathering certainly include, “Who are we?” often attached to the follow-up inquiry, “Whose are we?” Yet, who we recognize ourselves to be at the present doesn’t preclude the question of who Jesus is calling us to be. 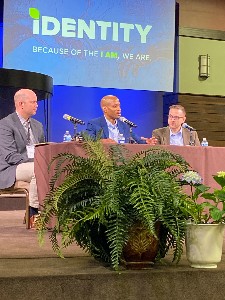 Jim Lyon’s address to those gathered in California for the first of three Regional Conferences of the Church of God clearly touched on these questions and more. Using what the general director of Church of God Ministries has described as the “five non-negotiables,” he shone the spotlight on Jesus first, followed by the Holy Spirit and holiness, the unity of the body of Christ, the Great Commandment, and the supremacy of Scripture. Not surprisingly, these recurring themes were echoed throughout the event.

Consider the Lordship of Jesus. Carla Sunberg, whose last message of the Regional was certainly not the least, urged listeners to not inadvertently lose sight of the Lord in the midst of introspection on identity. “Culture is challenging us as a church; we need to embrace our true identity in Christ, and that will only begin when we release any identity tied to this world,” she preached.

Or holiness. The term, dismissed as a vestige of some bygone legalistic era by some, was actually brought up on numerous occasions at the California Regional, especially among several of the younger demographic. Among the panelists, discussion on holiness placed the doctrine the frame of vitality—though holiness might not take on the same appearance as it did a generation or two ago. Jason Varner, for instance, flipped the concept of separation from the world on its head with his comment, “We need to stop thinking of culture as something we are contaminated with, and start thinking of ourselves as the ‘contaminators.’” What if we, as holiness people, began to “infect” the world around us with the grace and truth of the gospel? Just imagine the transformation! 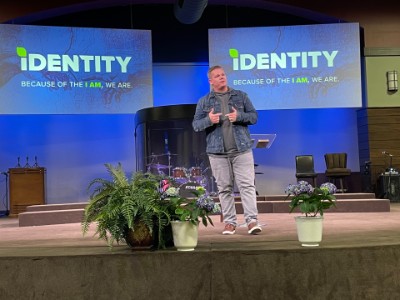 Brian Bennett urged the Church of God to embrace its identity through lens of exiles in Babylon, allowing the movement to grow together in both holiness and unity. Mark Matlock stirred hearts through statistics and strategies, reflecting the Great Commandments as he described God’s people as having a “Mordecai moment,” described as being “prepared for moments of epic trust to reveal God’s glory.” Various panelists also reflected the emphasis on the Great Commandments, including Kyle Hayes, for instance, who likened the love of God revealed through the church as “creating space at the table” for those not yet in the family.

Concerning the supremacy of Scripture that the Church of God has championed for generations, Regional host pastor Paul Sheppard urged the Church of God movement to “actualize” biblical truth—to live out what we say we believe. Regarding the need to unite on the non-negotiables, and citing the heritage hymn “The Church’s Jubilee,” he said, “Stop making debatable matters essential (we can disagree while remaining agreeable). We tend to major in minor subjects.” Recounting examples of debatable topics like names of churches, spiritual gifts, and politics, Paul Sheppard reminded everyone that “Jesus is neither Democrat nor Republican.”

Jim Lyon’s enduring words on the subject of the five non-negotiables offers a still-relevant rationale for a series of Regional Conferences this year that would give platform for the examination and embrace of our sacred identity:

“Identity matters. Without a sure and certain sense of who you are, it is very difficult to navigate in this world, to hold steady when challenges interrupt our normal course, when circumstances move beyond the familiar, the predictable, and the known…Frames of reference, social values, and cultural norms once taken for granted are being redefined at light-speed. Technology, social networks, exposure to a Piccadilly Circus of bright lights and ideas all at once, and media access to a world that never sleeps are all threads woven together in a new global consciousness. If your sense of self is vague, hazy, or inherited without thoughtful examination, you will be likely swept away with the tide. Are you a child of chance, or a child of God?” 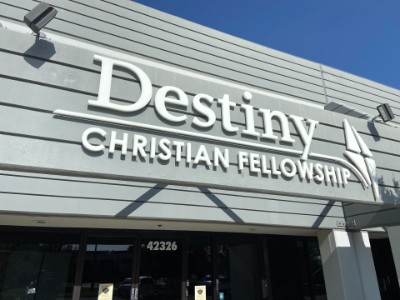 “…Similarly,” Jim continues, “we as a people must wrestle with the same questions. As a Movement within the larger body of Christ, the Church of God must revisit who we are. What is the irreducible prime of our identity, what are our non-negotiables?”

Of course, the experience of a Regional Conference of the Church of God isn’t limited to the teaching and discussion comprising each formal session. Often the most memorable and meaningful moments take place before, between, and after worship services, seminars, and electives. In Fremont, California, the situation was certainly no different. According to observations on the ground, lively conversations were plentiful as longtime friends and colleagues in ministry reunited and took time to catch up. A big thank-you is due Destiny Christian Fellowship for offering a tremendously warm and hospitable welcome—as well as powerful moments of worship.

Want to dive deeper into the question of identity with a portion of the Church of God family from across the country and beyond? Don’t miss either of the remaining two opportunities to participate in a Regional Conference in 2022: June 21–23 in Anderson, Indiana, and October 13–16 in Orlando, Florida, in conjunction with the Church of God Women’s Convention. More information and registration available at www.chogconvention.org. 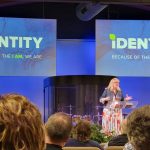 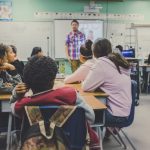