It began as a small brushfire Friday evening, September 4. The Labor Day weekend had started and many people were in local parks and wilderness areas, enjoying the holiday. By the next morning, the fire had grown large enough to begin evacuation orders. As of September 27, 2020, it was the sixth-largest blaze and the largest single fire in California history with over 302,000 acres consumed, 926 structures destroyed, and only 39 percent contained. It was large enough to make its own weather and spawn two “firenadoes.”

That Labor Day weekend, Michel Musacchio of Sierra Pines Church, in Oakhurst, California, knew the church needed to spring into action. “Everyone east of State Road 41 was threatened by the fire,” he reports. “The first warnings were very rapid. They were notifying a large portion of our area to evacuate by September 7.” Pastor Michel surmised that thirty to thirty-five percent of his church were affected by the evacuation orders.

Thankfully, the church building was not part of the evacuation. The pastor reached out to displaced families. A family of five found refuge in the youth room. He also reached out to local Christian camps endangered by the fire.

And, when Pastor Musacchio learned Clovis Hills Community Church in Clovis, California, was receiving more donations than they could distribute, Pastor Michel reached out to their pastor, Shawn Beaty, as well. The area churches have a great working relationship, and the connection between Sierra Pines and Clovis Hills Community is one example. A lasting partnership was born out of their coordinated response to the wildfire crisis. 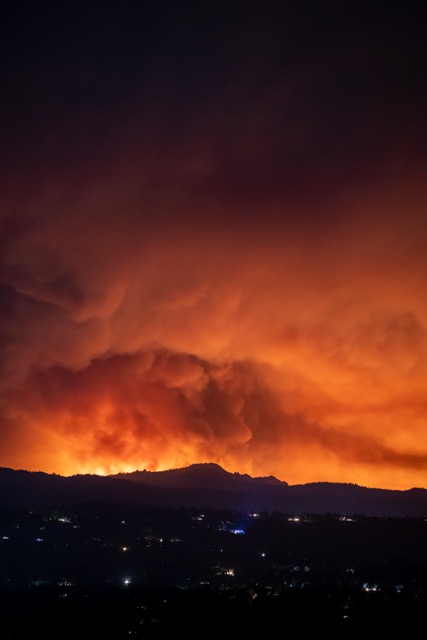 Pastor Michel and Pastor Shawn said the relief effort has been successful thanks to a three-tier approach:

“The local churches, including Sierra Pines, became hubs. It didn’t require a lot of organization, but was organic,” Pastor Michel recounts. He observed the biggest challenge was to respond to the crisis without reacting. “We received a massive amount of donations. The challenge was to ascertain what would be the best way to help and to ensure that the resources were in the most accessible location for the evacuees. Between 250 and 300 meals were served through eight hotels. All the while, the church staff had to balance being ready to evacuate if the conditions changed while being willing to help.”

Pastor Shawn remarked how neat it was to see so many churches participate in a cross-denominational effort. “It was like coordinating a big football team.” He also noted how amazing it was to see members from churches who were displaced and had lost homes roll up their sleeves to help others. He observes, “God uses traumas, trials, and transitions to bring people to him.”

Pastor Michel said this verse has reminded him there can be peace in the midst of chaos.

He says, “You may feel like hope is something you are speaking while the world seems to be set ablaze. Please remember to see the beauty of God as he is faithful to create beauty from ashes.” 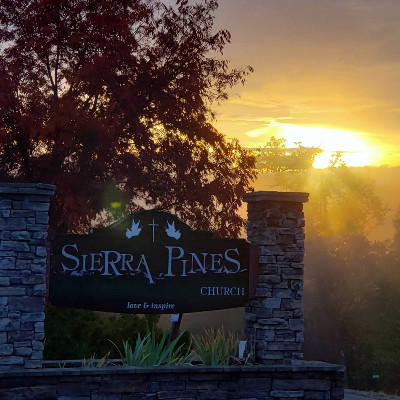 Most of the evacuation orders have been lifted and the majority of the fire is now away from structures and in wilderness areas. Yet both pastors had at least one family each residing at their churches awaiting the go-ahead to return home.

Other churches involved in the effort include:

Kevin Spear has worked for Warner Christian Resources (formerly Warner Press) and has regularly contributed time and talent to the work of Church of God Ministries. He is a ministry partner with his wife Paula, an ordained minister in the Church of God. 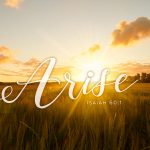